Advertisement
The Newspaper for the Future of Miami
Connect with us:
Front Page » Top Stories » Zoo Miami may pair with zoos in Bahamas, Colombia and Jamaica

Zoo Miami may pair with zoos in Bahamas, Colombia and Jamaica 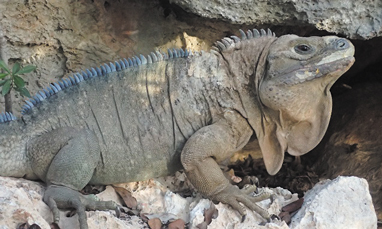 Zoo Miami would pair with sister zoos in the Bahamas, Colombia and Jamaica under a proposal that Miami-Dade Mayor Carlos Giménez sent to county commissioners this month.

The three new sister zoos would be in addition to a similar arrangement that already exists with Summit Municipal Park Zoo in Panama City, Panama, to focus on the Harpy Eagle, the national bird of Panama whose existence in the wild is threatened. That agreement was forged in 2001 but never formalized.

The sister zoos pairing program was requested in legislation that Commissioner Dennis Moss introduced and the county commission passed in April.

The mayor’s memo makes clear that there is no money in the county budget for the program and that “typical expenses may include such items as airfare, food, lodging, per diem, communications, and ground transportation.”

But, the mayor wrote, “opportunities may exist for leveraging external funds from friends groups or foundations to support sponsorships and donations for sister zoo and conservation facility agreements.”

Each of the new sister zoo agreements that the mayor suggests would come with a focus.

One pairing with the Bahamas National Trust in Nassau would focus on the American Flamingo.

An agreement with the Cali Zoo in Colombia would focus on the giant river otter.

A pairing with the Hope Zoo in Kingston, Jamaica, would focus on the Jamaican Iguana.

All of the proposed pairings and the mayor’s suggestions for how to operate sister zoo and conservation facility agreements would go before the county commission for approval, the mayor wrote.

The mayor notes that Zoo Miami in July 2013 entered into a memorandum of understanding with Florida International University to collaborate on conservation research and educational initiatives “with a special emphasis on tropical biodiversity and conservation.”

In May 2016, the mayor notes, Zoo Miami and the Zoo Miami Foundation entered into a memorandum of understanding with Everglades National Park to advance the shared mission of research, education and outreach about the Everglades. The zoo opened its Florida: Mission Everglades exhibit last December.