Advertisement
The Newspaper for the Future of Miami
Connect with us:
Front Page » Top Stories » Development brings next leg of Miami River Greenway 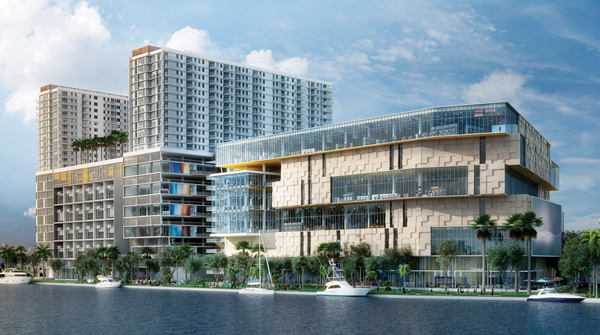 Work on a major mixed-use residential and commercial development on the Miami River has begun, which brings with it another 1,500 feet of public riverwalk – the latest piece in the growing Miami River Greenway.

The project is from the City of Miami and will focus on an on-road portion of the greenway adjacent to Lummus Park.

Members of the Miami River Commission recently touted both projects – the private and the public – as a plus for the community by offering more public access to the river.

The Miami River Greenway is a public pathway extending about 5.5 miles on both sides of the river, westerly from Biscayne Bay toward Miami International Airport, and is made up of the riverwalk along the water’s edge and the on-road greenway.

Typical places where the riverwalk extends inland becoming the on-road greenway are on properties with marine-industrial uses and some single-family residential neighborhoods.

The greenway is 65% completed, according to the river commission.

Construction is to begin this month and is anticipated to be completed by December. Estimated cost is $565,293. The contractor is Metro Express Inc.

The improvements will tie in nicely to the new and improved riverwalk and dockage in Lummus Park, also a city project.

Brett Bibeau, managing director of the river commission, said the commission applauds the City of Miami’s continued construction of the greenway.

River Landing will offer 2 million square feet of retail and residences on 8.14 acres along the river, in the heart of Miami’s Health District. The land is the site of former Mahi Shrine Auditorium, which was demolished in 2014.

The $300 million project has attracted the attention and commitment from some major retailers including Publix Supermarkets, Burlington Stores, TJ Maxx, Youfit, Ross Dress For Less, AT&T, Hobby Lobby, West Marine and more, according to the developer.

The development is to include about 430,000 square feet of retail and restaurant space, about 475 market-rate apartments in two towers, and parking for about 2,200 vehicles. It will also include a new riverfront park, thanks to an agreement between the developer and Miami-Dade County.

One Response to Development brings next leg of Miami River Greenway