Advertisement
The Newspaper for the Future of Miami
Connect with us:
Front Page » Business & Finance » BankMobile gives free checking to get students’ federal loan deposits 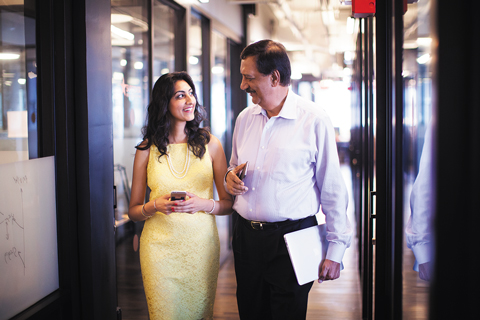 “We launched in 2015 with a mission of revolutionizing banking on both the business-model and customer-experience fronts,” said Luvleen Sidhu, BankMobile co-founder, president and chief strategy officer.

Applying for the bank’s Vibe student account takes just a few minutes online, after which the account-holder has access to more than 55,000 fee-free automatic teller machines, the ability to both pay bills and transfer money online, and to turn their debit cards on and off from their mobile devices, she said. There are no opening or minimum-balance requirements, nor monthly fees.

While anyone is eligible to open an account, there’s a special focus on students and on the economically disadvantaged, many of whom have little access to financial services, she added.

As part of the company’s mission to teach financial skills, the bank offers money management tools, blogs on issues that affect students, live talks by financial experts on its Facebook page, and online courses for which students earn points that are entered into a sweepstakes. The winner of a twice-yearly drawing gets his or her student loans paid, up to $50,000, she said.

There are 1.7 million account holders in the US – their average age is 27 – and the company plans to launch a credit card in January, Ms. Sidhu said. Revenues come from fees merchants pay when an account-holder uses a debit card, and from interest on student loan deposits, she said.

Ms. Sidhu estimates that students using Vibe accounts save $62 million per year in fees they would have paid to traditional banks, and says that banks earn $33 billion per year in overdraft fees alone. While most large banks have low-cost or fee-free accounts for students, there are age limits and fees kick in once students have reached the age cutoff, she explained.

The bank has signed up nearly 5 million students on 800 campuses, or one out of every four college students in the US, according to a press release, and students can keep their accounts after they graduate, “enabling them to make BankMobile their bank for life.”

Approximately 65 million people in the US “are locked out of the banking system,” Ms. Sidhu said. “We set out to make banking affordable, and also to build awareness in students that financial literacy is critically important.”