Advertisement
The Newspaper for the Future of Miami
Connect with us:
Front Page » Communities » Plan to transform Biscayne Boulevard gets federal grant 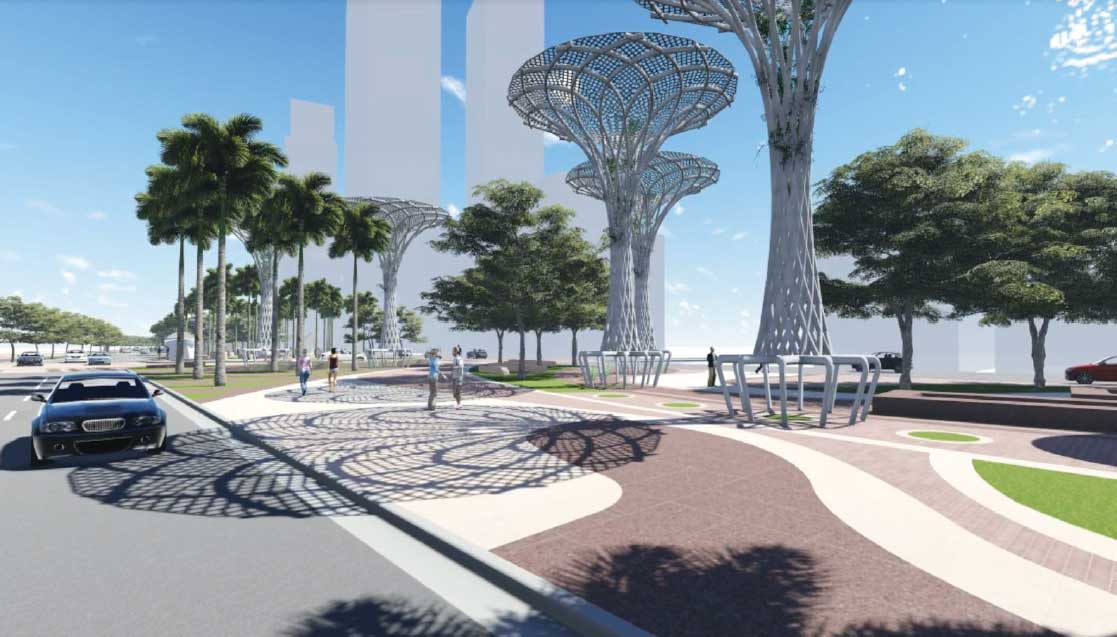 A plan to transform Biscayne Boulevard into something other than a busy downtown street just got a significant financial boost.

The City of Miami and the Downtown Development Authority applied for and were awarded a $421,829 federal grant to speed the Biscayne Green Lane Elimination Analysis Project along Biscayne Boulevard from Southeast First to Northeast Sixth streets.

The Florida Department of Transportation (FDOT) will pass through the federal funds, and a Local Agency Participation agreement will be required to access the funds.

For years the development authority has advocated for Biscayne Green, which aims to reduce driving lanes from eight to four or six from Biscayne Boulevard Way to Northeast Eighth Street and replace them with grass, trees, street furniture and other features to link Biscayne Bay and Bayfront Park to downtown.

The plan aims to calm downtown traffic and provide more and safer pedestrian and bike access.

The proposed vision of Biscayne Green calls for the redesign of the boulevard into Miami’s grand pedestrian promenade, similar to that of San Francisco’s Embarcadero, Madrid’s Paseo del Prado, and Barcelona’s Las Ramblas.

In 2011, the development authority completed a streetscape analysis for a complete redesign of the six blocks of Biscayne Boulevard. The preferred concept includes reducing lanes for vehicles, on-street parking, wider sidewalks, and a dedicated bicycle facility.

In January, the development authority, with support from the Knight Foundation, created a one-month temporary installation within three pods in the median of Biscayne, reimagining the boulevard and creating a new active public space for downtown residents and visitors.

The installation provided both recreational and passive amenities, fun and interactive elements, as well as events for guests day and night, allowing people to gather and connect.

From Jan. 6-26, the installation attracted 16,939 visits on Biscayne between Southeast Second and Northeast First streets.

The project transformed surface parking lots into colorfully decorated spaces with picnic benches, a playground, a dog park and other amenities.

The temporary pop-up park was a hit with some of the new residents who call downtown home.

Development authority officials touted the demonstration as a successful first attempt to showcase the potential of a redesigned Biscayne Boulevard into a world-class pedestrian promenade, saying it provided a sneak peek into the future of downtown Miami.

16 Responses to Plan to transform Biscayne Boulevard gets federal grant