Advertisement
The Newspaper for the Future of Miami
Connect with us:
Front Page » Arts & Culture » Next act at Coconut Grove Playhouse may be city garage

Next act at Coconut Grove Playhouse may be city garage 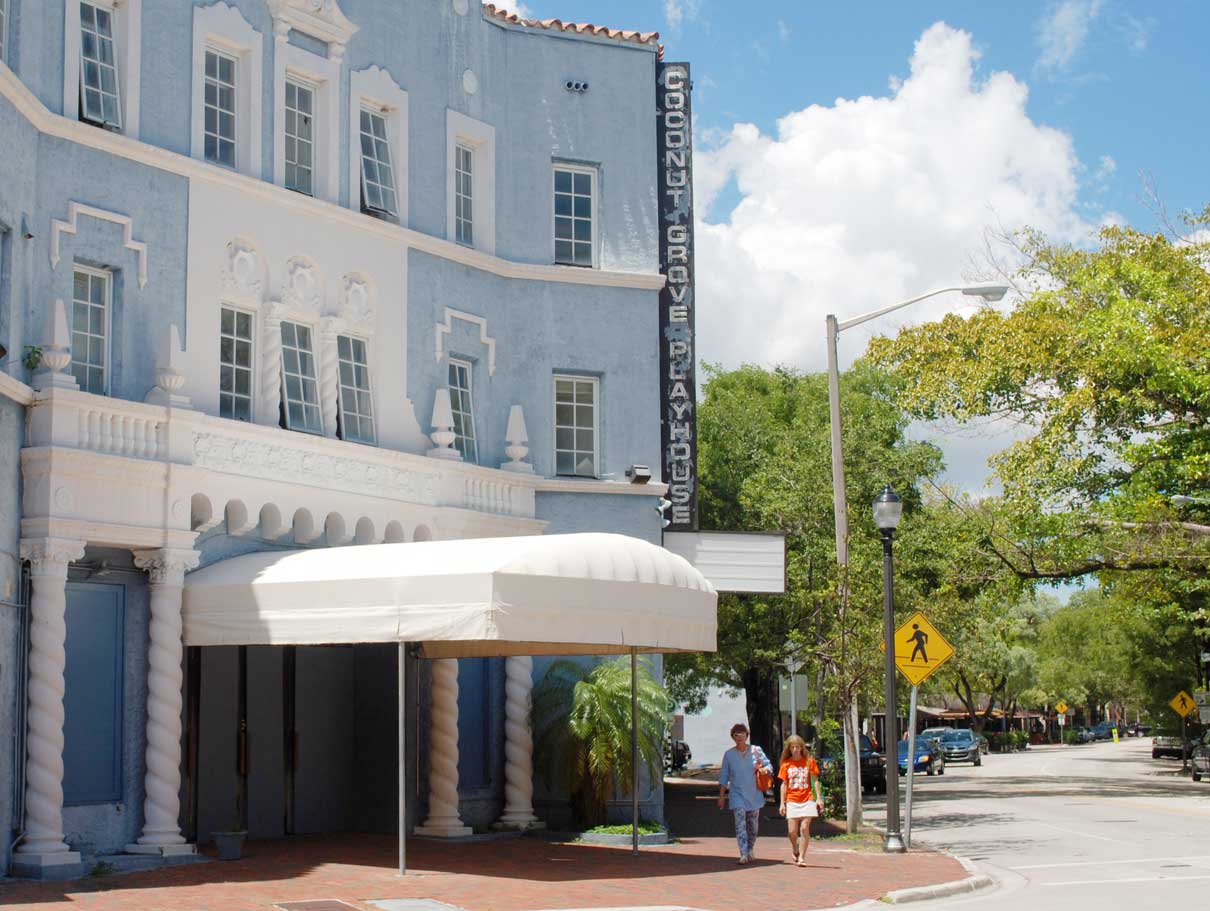 While neighbors keep campaigning to save the old Coconut Grove Playhouse from the wrecking ball, officials with the Miami Parking Authority are moving ahead with plans for a municipal garage for the theater site.

The Miami City Commission has put off a decision on partial demolition of the large theater, a fact reported to the city’s Off-Street Parking Board Aug. 2 by authority CEO Art Noriega.

The parking board governs the authority, which for years has been planning a garage adjacent to the theater in partnership with the county.

The authority continues to support the county’s plan, which spares only the corner front wing or eyebrow; the bulk of the playhouse would be razed and replaced by a far smaller 300-seat theater.

“The front of the building – the eyebrow – is the only portion that will remain,” Mr. Noriega told the parking board.

The state owns the theater and leases it to Miami-Dade County in a deal with Florida International University.

New parking board member Larry Spring asked Mr. Noriega what role the parking authority has in the project.

“Our role is that of parking developer,” Mr. Noriega said.

The authority is developing the parking on the site and ancillary uses, he said. The authority plans a multi-level 450-car garage lined by residential units.

Mr. Noriega is continuing to work with county officials and the project architect to design the garage and have it ready for bidding this fall.

He said talks regarding design, contracts and timing will move ahead “in earnest,” with a goal of putting the garage out to bid in October.

On April 4 the city’s Historic and Environmental Preservation Board granted a special certificate of appropriateness to partially demolish the structure, construct a new theater, and construct a public garage with residential units.

Residents Barbara Lange and Katrina Moss appealed that decision, but the city commission has twice deferred the issue, now to Oct. 26.

In a letter supporting the appeal, an attorney for the women states that the preservation board’s decision should be overturned for reasons including that the board “did not have sufficient supporting data to issue a [certificate of appropriateness] because the board relied on an incomplete application, flawed technical advice, and a flawed and inadequate Historic Designation Report and Historic Structures Report.”

The famed 90-year-old playhouse at 3500 Main Highway has sat vacant and deteriorating since it shut down in 2006 after financial woes strapped the group running it.

In a letter to the preservation board, the county and FIU, in partnership with GableStage, said they followed three central goals for developing a master plan for the playhouse:

To respect the historic status of the property and the legacy of architecture and the arts associated with it.

To return great regional theater to the playhouse by creating a state-of-the-art complex to be run by GableStage, focusing on cultivating the talent of Miami artists and theater professionals and providing enriching educational and outreach programs.

To adhere to the budgeted and secured funds, currently $20 million of county-issued bond revenues for the capital project.