Advertisement
The Newspaper for the Future of Miami
Connect with us:
Front Page » Top Stories » Miami International Airport direct flights to Asia two years away 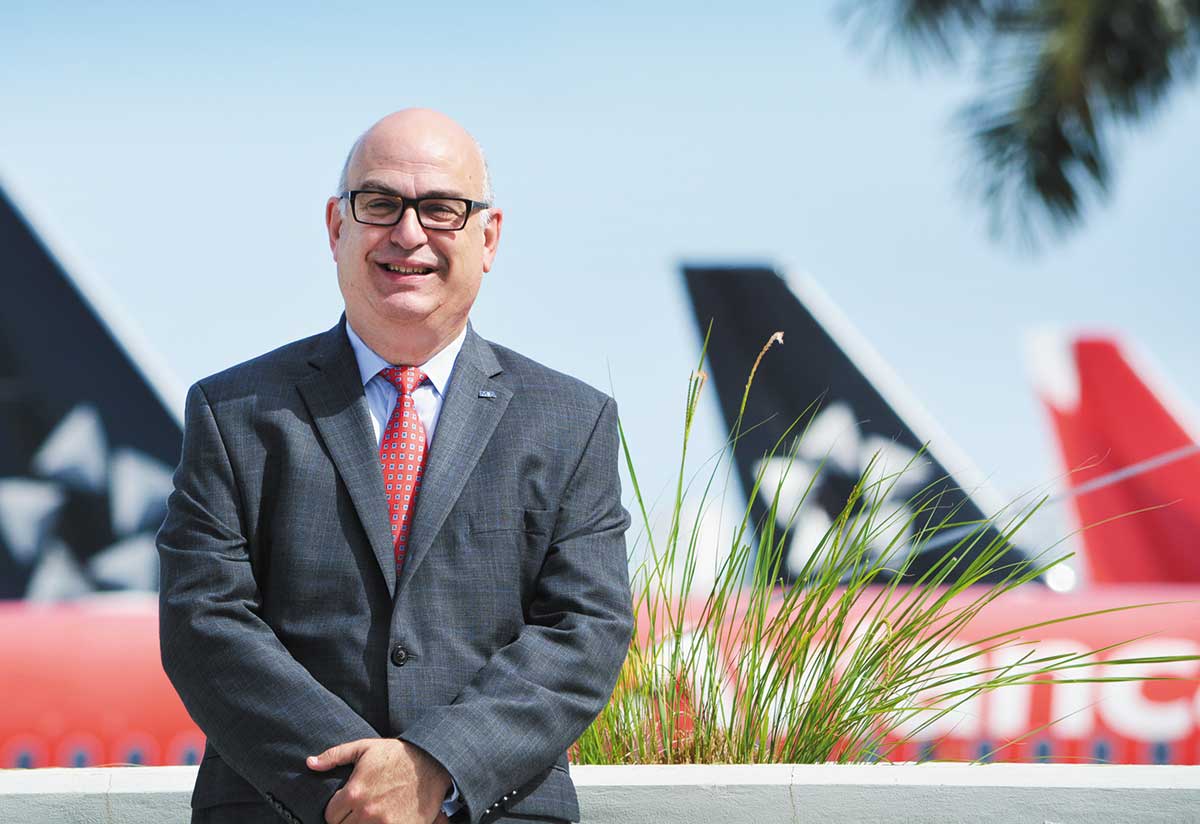 Miami International Airport is expanding its search of Asian air carriers to create a direct flight to Asia. After meeting with Japan Airlines to market a Tokyo-Miami connection, MIA has continued to look at all Asian carriers who are interested in servicing Miami with an Asian link.

“We’re about two years out from a direct flight to Asia, but I hope I’m wrong,” said Emilio Gonzalez, county aviation director.

“We’ve been working on this for about a year. It’s something that we initiated because we want to expand our route network from just being north-south, to a more global airport,” Mr. Gonzalez said.

Demand for a direct flight to Asia has been high, and MIA is interested in serving both passenger and cargo flights.

In the past ten years, Asian cargo flights and tonnage have more than doubled. The most recent figures show that nearly 100,000 tons of cargo flow between MIA and Asia annually, at a value of $5.2 billion, the airport said.

“Right now all of the cargo carriers are one-stop, usually at Anchorage,” Mr. Gonzalez said.

Miami is now the busiest US market for leisure and business travel from Asia that does not have nonstop passenger service, according to an independent study by Sabre AirVision Market Intelligence.

More than 415,000 travelers made connecting flights between Asia and Miami in 2015, which ranked Miami 15th among all US cities.

To address the passenger and cargo demand, MIA is expanding its search and reaching out to any airlines that might have a vested interest in a direct flight to Miami:

“We’re going to pitch to all of the airlines,” Mr. Gonzalez said. “We do our due diligence; we look at airlines expanding routes into the US and refurbishing fleets, and then we get in front of the process and market ourselves to them, just like any business.”

Up to now, the main obstacle to non-stop service has been finding an aircraft capable of traveling the long distance without refueling, he said.

In June, MIA welcomed the first nonstop flight from Asia when Taiwan President Tsai Ing-wen flew in from Taipei, confirming that the 8,628-mile, 17-hour flight was possible.

The most promising connection so far has been a Tokyo-Miami link.

“I would welcome a Miami-Tokyo route because it’s the closest route; the travel time would be about 14 hours,” Mr. Gonzalez said.

“Other routes would require airlines to take a weight penalty going back because the wind would make them burn more fuel; with a flight between Miami and Tokyo that would not be the case.”

In May, about 100 members of the airport’s Asia Task Force hosted a meeting with Japan Airlines to pitch a Miami-Tokyo route.

“The task force is made up of business leaders with interests in places like Japan, China, Vietnam, and the Philippines,” Mr. Gonzalez said.

The airport meets with the task force to conduct surveys about interest and frequency of travel. MIA compiles the information to pitch to airlines so they understand the market.

“We’ll be meeting with other carriers to give them our pitch. It’s nice because when they come they meet with businesspeople here with a need to go to Asia, they don’t just read numbers on a piece of paper,” he said.

In addition to Japan Airlines, All Nippon Airways (ANA) also has many routes between US and Japan and is looking into a possible Miami connection, said Takahiro Ogihara, deputy consul general of Japan in Miami.

“We don’t have a direct flight from Miami to Japan, so we have to use connecting flights. It is inconvenient to travel to Japan,” Mr. Ogihara said.

While Tokyo would be the easiest connection, MIA is looking into all possible city pairs.

“We’re scheduling meetings with every Asian carrier out there. We’re inviting everybody and teeing everything up,” Mr. Gonzalez said.

“Our research has shown that our passengers here don’t really care where they transfer from – if they’re going to Hong Kong, they don’t mind transferring to Tokyo, for example. So we’re working very hard just to get the first one, and then the others will fall in line,” he said.

The process is extensive, and MIA is to meet regularly with the airlines before creating the connection, Mr. Gonzalez said.

Although China is MIA’s highest valued partner in both volume and value at $2.1 billion in 2015, Mr. Gonzalez said it would be too difficult to open up a connection there right now.

“Mainland Chinese carriers are harder because routes to China are controlled through reciprocal agreements through the US and China,” he said. “Shanghai and Beijing don’t have any slots available right now.”

“The secondary markets in China would have slots, but they are so far inland that it would be almost impossible” to reach by plane without refueling, Mr. Gonzalez said.

When asked about how an air link to Asia would help the Miami economy, Mr. Gonzalez said, “The impact would be huge from both a passenger and cargo perspective. It’s just a matter of making the airlines see how profitable this is going to be.”

“I can only hope a direct flight would be established as soon as possible,” said Mr. Ogihara. “It would deepen the personal exchange between the two countries and strengthen mutual understandings. Personally, I am excited and look forward to the possibility of a direct flight.”