Advertisement
The Newspaper for the Future of Miami
Connect with us:
Front Page » Government » Miami-Dade Charter Review digs into county structure 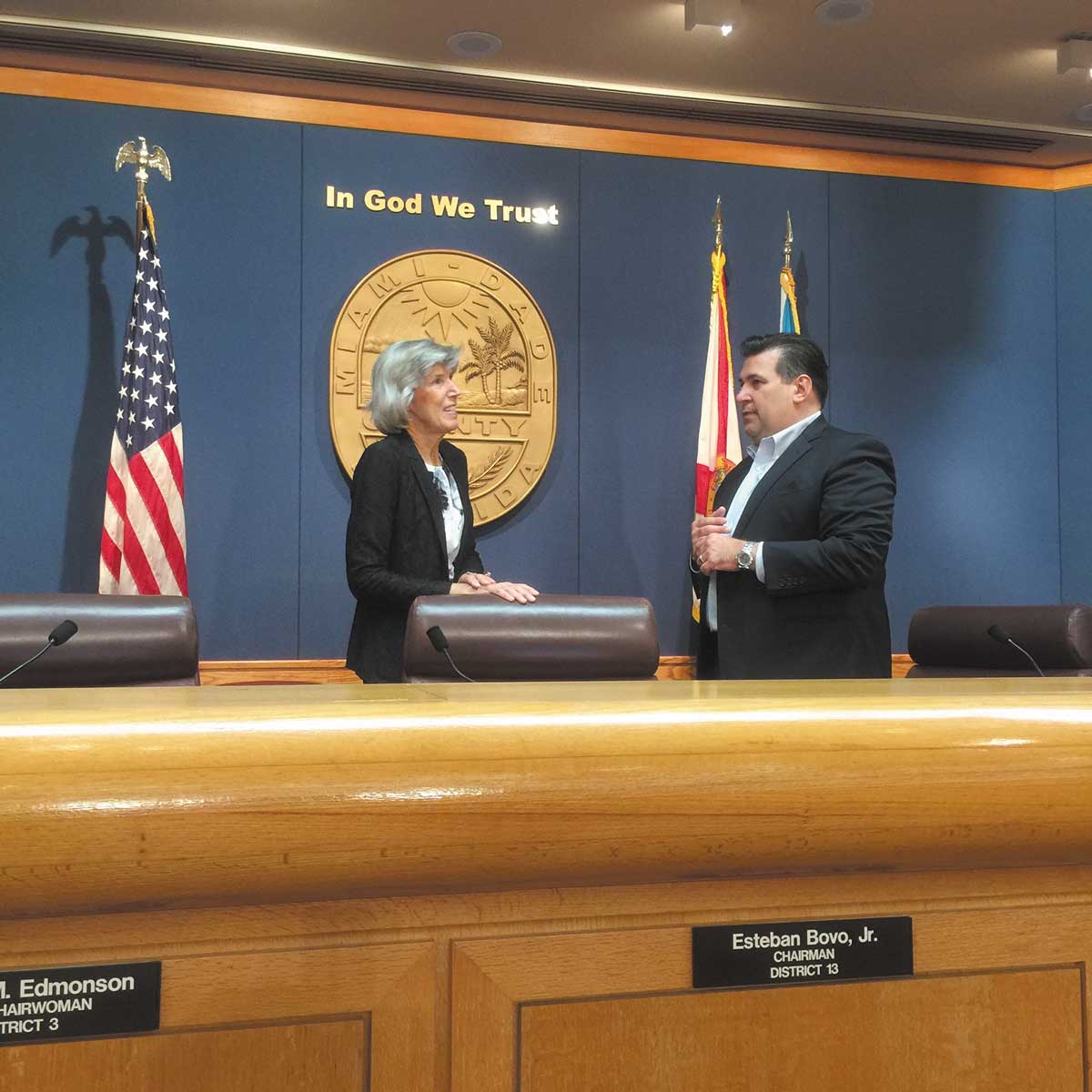 The 2017 Charter Review Task Force for Miami-Dade County now has leadership, a schedule and a plan to manage which topics to discuss.
The biggest point of contention among members Monday night was how to narrow the numerous matters for review.
Eric Zichella proposed to group similar charter issues together in order to better focus the panel’s discussions over the coming months.
Maurice Ferré then proposed an amendment to Mr. Zichella’s motion in which he enumerated several potential topics, including the significant powers of the charter, regional decision-making, term limits for elected officials, the salary levels for county commissioners and the structure of county government. His amendment also mandated that the task force continue to be open to, and energetically court, public input and ideas for changes to the county charter.
That public input was evident Monday night when a small cohort of interested citizens showed up to express opinions. All began by thanking the panel for meeting in the evening to facilitate public participation.
Maggie Fernandez suggested county commissioners be paid more than they are now; the panel should look at structure of government (strong mayor vs. county manager form); and study having some at-large commission seats.
Travis Williams said the issue of county commission salaries should be put back on the ballot, and the county should shrink the commission from 13 to nine members to make it stronger.
Kathy Charles O’Sullivan said she’s participated in the past three charter reviews and submitted a proposal to members primarily concerned with the structure of government and the processes used by the county commission and the task force.
The panel unanimously elected former county attorney Robert Cuevas as chairman and Maria Lievano Cruz as vice chair. Meetings for the next three months will be on the second and fourth Mondays in August and September and the third and fifth Mondays in October, from 6 p.m. to 9 p.m.in the Stephen P. Clark Center, 111 NW First St. The dates are Aug. 14 and 28, Sept. 11 and 25, and Oct. 16 and 30. Those meetings are televised. The schedule for the following months is to be determined.
The task force will have as many regional meetings as possible in facilities throughout the county. The members mean to complete their work by February 2018, at which time they are to submit for consideration a comprehensive report to Mayor Carlos Giménez and the county commission.
The other task force members at Monday’s meeting were Carlos Diaz-Padron, Jeff P.H. Cazeau, Alice Burch, George Burgess, Luis E. Gonzalez, Neisen Kasdin, Alfredo J. Gonzalez, Marlon Hill and Mike Valdes-Fauli. William Kerdyk Jr., who was at the first meeting June 28, was unable to attend.
Prior to the meeting, members submitted areas of study they believe should be pursued including commission compensation; the number of commissioners; term limits; the strong mayor or county manager form; commissioners’ ability to award contracts; a city-county home rule board; the initiative petition process for ballots; county compliance with municipal zoning; procedures to deal with county-wide emergencies; the use of social media to increase transparency in government; basing charter amendments on public comments received through the fact-finding process; and the need to assure a more county-wide perspective on the county commission, among others.
Overall, the panel agreed that the areas of study for potential charter changes will be grouped for discussion at upcoming meetings; that the public should be encouraged to participate through attractive marketing techniques and social media; that expert guidance for some of the more complex areas of study should be solicited from around the county and the country; and that despite its lack of funding, the task force could seek funds on an as-needed basis from sources within the county budget, including that of the mayor.