Advertisement
The Newspaper for the Future of Miami
Connect with us:
Front Page » Government » Public-private partnership including Miami-Dade County wins OK 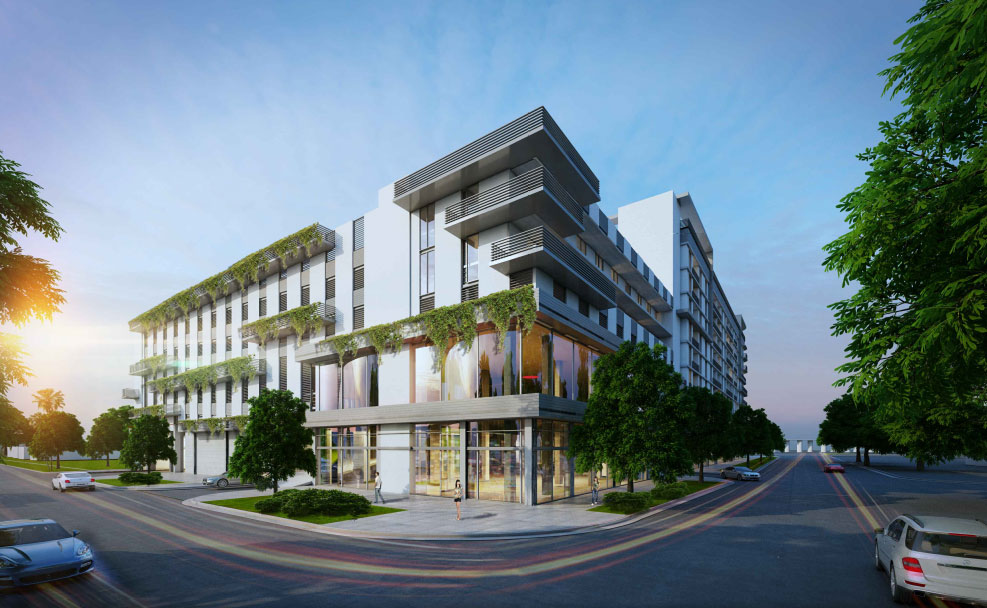 A large mixed-use public-private partnership that includes Miami-Dade County as a player has won preliminary Miami city commission approval.
Platform 3750 LLC proposes to build on 2.1-acres at 3750 S Dixie Highway (US 1).
The county is a co-applicant for land use and zoning changes, which city commissioners approved on first reading May 25. A final vote has yet to be scheduled.
The project includes new office, retail and residential uses on one site and intends to take advantage of its location at the foot of a pedestrian overpass that connects to Metrorail’s Douglas Road Station.
Besides being a transit-oriented development, Platform 3750 plans a mix of workforce and market rate apartments.
Melissa Tapanes Llahues, an attorney for the developer, said the project will truly transform an outdated county facility. The site, owned by Miami-Dade County Community Action and Human Services Department, includes the Frankie Rolle Center.
Platform 3750 was the subject of a Miami-Dade County request for proposals.
The plan calls for a building from 5 to 8 stories and about 396,751 square feet. Platform 3750 would be home to 192 residences, 30,070 square feet of offices, 20,200 square feet of commercial and retail, a garage for 403 vehicles and 10,863 square feet of open space.
A gas station at the very corner isn’t part of the project and is expected to keep operating. A large elevated billboard adjacent to the gas station may also remain.
A structure built in 1967 will be razed to make way for the new building, and the county will use some of the new office space.
The proposed retail will focus on opportunities for businesses that provide services and jobs to neighborhood residents. The proposal includes a Starbucks and a grocer.
Amenities will probably include a spa, rooftop pool, common gourmet kitchen, in-house movie theater, coffee bistro and more.
Initially, the developer and the county planned to dedicate 20% of the apartments to workforce housing, but after some community outreach the plan changed.
Ms. Llahues told commissioners of a January community meeting at which West Grove neighbors adamantly called for more affordable housing. She said developers have applied for state tax credits to help include more affordable units.
In addition, she said, the county agreed to a mix of up to 40% of the units dedicated as affordable and workforce housing.
The promise of workforce housing and other items will be included in a covenant that will run with the land, said officials. A draft says: “The workforce housing units provided on the property shall be interspersed throughout the building and generally consist of the same features and amenities as the market-rate units on the property.”
The proposed covenant also calls for the county and the developer, during construction, to “use best efforts” to relocate the Frankie Rolle Center to be accessible to the community it serves. Ms. Llahues said West Grove residents have cited the importance of the community center to the neighborhood.
She added that negotiations with the county for the overall lease of the property are ongoing and subject to a cone of silence rule.