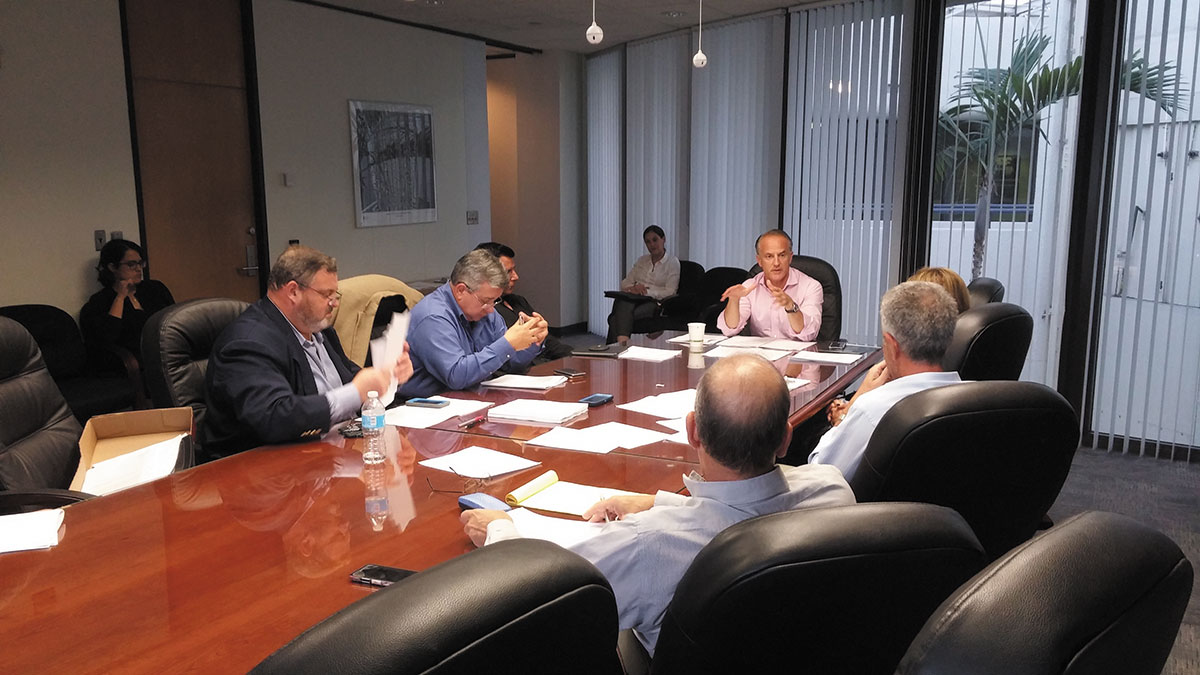 The long-anticipated recommendation has been made: the City of Miami Beach should build a convention center headquarters hotel.
The Miami Beach City Commission has waited a year for its Blue Ribbon Committee to recommend whether to proceed with building a headquarters hotel for the city-owned Miami Beach Convention Center, which is in the process of being revamped and upgraded. On June 1, the seven-member panel finally reached consensus that the city needs and will benefit greatly from a convention center hotel, and that the hotel should rise on the land of the city’s Jackie Gleason Theater, which abuts the convention center.
A recommendation will be sent to commissioners to build the hotel, outlining key factors regarding what the panel sees as the necessity of a hotel attached to the convention center, the next steps the city should take, and how to win over voters for the election Nov. 7, something the city failed to do twice before.
In March 2016, only 54% of voters supported a hotel, short of the needed 60%. This prompted Mayor Philip Levine to form the committee spearheaded by two commissioners and five residents in May 2016. The panel identified the public’s concerns regarding traffic congestion and the hotel’s perceived out-of-scale height, problems that – after a year of research and hearing from experts – the panel says can be rectified.
“We are in a better place than we were a year ago,” the panel’s chair, Commissioner Ricky Arriola, said. “We can go out to different parts of the community to go out and explain this. Do everything we didn’t do last time. We botched it completely last time.”
The panel heard that the city before the last ballot did not actively engage with residents and hear their concerns. In the past year, the seven-member panel engaged with traffic experts to show that the hotel would reduce traffic because hotel guests wouldn’t be driving back and forth to meetings and conventions, and convention experts who said that the hotel is needed to draw in larger conventions.
In order to stay in scale with the rest of the city’s buildings, the panel’s report states that the hotel should be “no taller than the existing Clock Tower Building” on Lincoln Road, at 185 feet, and that heavy emphasis on the design (a “world-class design and aesthetics”) should be implemented.
The Jackie Gleason Theater is the currently targeted site for the hotel. The panel also recommended that the theater should be rebuilt and revitalized. Despite it being a much longer task, key community leaders have urged that the “historical importance” of the theater warrants that it not be ignored.
This week would be the earliest that the city commission could approve the recommendations. The hotel issue would then be placed on the commission agenda, where the public could learn more and input concerns. The issue was not on the commission agenda by early Monday afternoon.
“The residents need to own this and get excited about it,” Mr. Arriola said. “This will be in for the long haul. We have to do this right.”