Advertisement
The Newspaper for the Future of Miami
Connect with us:
Front Page » Transportation » Strategic Miami Area Rapid Transit stops picked out 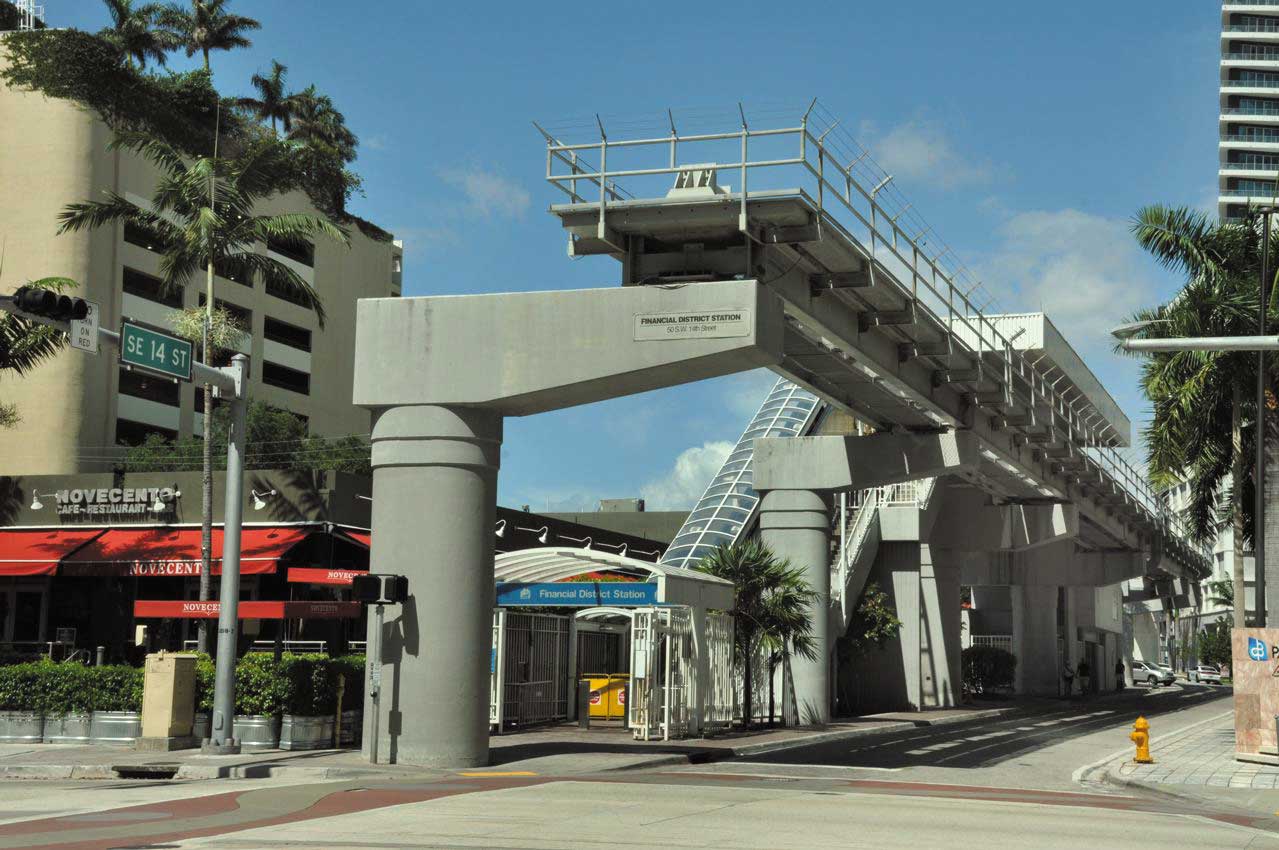 While many details about the six corridors of the Strategic Miami Area Rapid Transit plan remain to be worked out, the county’s Transportation & Public Works Department has identified tentative stops along all of the routes.
Speaking before the Transportation Planning Organization’s Fiscal Priorities Committee, Albert Hernandez, department assistant director, said many of the stops dovetail with existing transit.
On the 9.7-mile Miami to Miami Beach corridor, an extension of Metromover is being considered, with a potential station at Museum Park and 10 stations on Miami Beach.
“These are the locations based on the latest study by the City of Miami Beach,” he said. “The benefit is that we can leverage our existing system and it doesn’t interfere with local traffic alignment.”
Station locations would include Washington and Meridian avenues, and 7th, 10th and 14th streets, Lincoln Road and the Miami Beach Convention Center. The service’s westbound leg would land in Wynwood with seven stations at locations yet to be determined.
The 11-mile east-west corridor’s 10 stations would start at the Miami Intermodal Center and ending at the Tamiami Campus of Florida International University. The university station would abut a bus facility on Southwest Eighth Street.
“We’re retrofitting a garage to put the bus terminal right in front of the rail,” Mr. Hernandez said.
The 10-mile Kendall corridor’s 10 stations would connect the Dadeland Metrorail South Station to a planned park-and-ride facility at Southwest 162nd Avenue. The county is also opening a park-and-ride lot next month at Southwest 127th Avenue. “We already have service in this corridor,” he said. “These decisions were made based on ridership and density.”
The 9.2-mile north corridor along Northwest 27th Avenue would have seven stations, he said, beginning at the Dr. Martin Luther King Metrorail station and continuing to the Miami-Dade/Broward County line at Northwest 215th Street. Stations are contemplated at Northwest 82nd Street, the north campus of Miami Dade College, in Opa-locka, and on Northwest 166th, 183rd, 199th and 215th streets.
“We own a 14-acre parcel at 215th Street and are under procurement with a possible developer for a transit-oriented development there,” Mr. Hernandez said.
“The real estate is there to accommodate it,” said Dennis Moss, county commissioner and committee chair. “It’s not as densely built out as some other corridors.”
On the 13.5-mile northeast corridor from downtown Miami to Aventura, an undetermined number of stations will be built, probably with public-private partnerships.
“Brightline is building the downtown station for this corridor and we will have potential stations in Midtown, on Northwest 79th Street, in North Miami, North Miami Beach and Aventura,” Mr. Hernandez said. “We are working with developers and municipalities to locate where these stations should be. It depends on the availability of land and the opportunity to develop around the stations. We want density around the stations.”
On the south corridor busway on US 1 from the Dadeland South Metrorail Station to Homestead and Florida City, potential development opportunities exist, he said. “One of things we’re looking at is a possible rail extension down this corridor; we have a dedicated right-of-way. This is one of our highest ridership locations and there’s good potential for development on Quail Roost Drive, in Florida City and possibly at Southland Mall.”
The county is currently leasing a 500-space park-and-ride there and may buy that property, he said.
Xavier Suarez, county commissioner and committee member, said recruiting developers and cities is a good option but needs safeguards. “That’s been done very nicely in the Northeast corridor with the cities. But if we just leave it for them to be proactive, we might start doing the actual rail and they’re not yet ready. If they want a station, if they want a platform, they have to ante up.”