Written by Marcus Lim on May 16, 2017
Advertisement 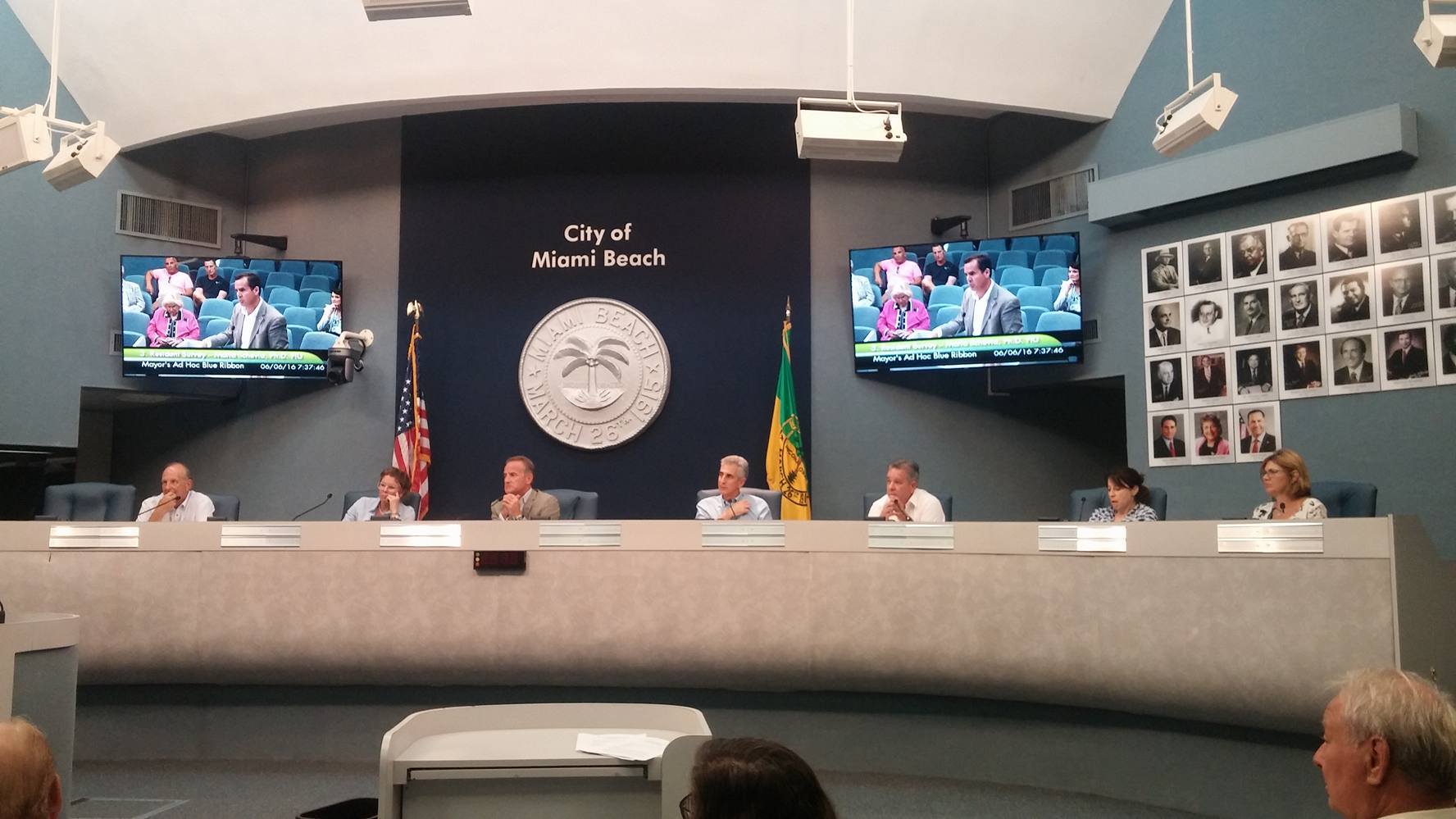 Miami Beach won’t be told how to develop a headquarters convention hotel until June or later, more than a year after commissioners appointed a seven-member study team that was expected to wrap up Monday.
The Blue Ribbon Steering Committee did outline nine action points, including the site, a straw ballot to gauge perception and the aim that the hotel’s architect be renowned, but in the end it decided to review the action points one last time and reconvene after Memorial Day for a twelfth session.
“We spent a year vetting this, heard from tons of experts. I would like to see us now or in the next month make a recommendation,” said Commissioner Ricky Arriola, the chair. “This is way too important for our community and there is too much interest in seeing something done.”
The committee first met May 9, 2016, after only 54% of voters backed a hotel two months earlier – short of the needed 60%.
The committee has vetted concerns. Traffic was one, so the panel got an independent traffic study that said a hotel at the Miami Beach Convention Center, which now is being enlarged, would change the customer base from day trippers at trade shows to long-term stays for conventions.
The target site is where the Jackie Gleason theater sits. A new theater with modern amenities would preserve the history.
Commissioner Kristen Rosen Gonzalez, panel vice chair, initially voted against a hotel but switched after all the meetings.
“I’m going to vote yes on it, I’m going to support it,” she said Monday. “I have sat here for a year and I would like to move forward. I know how it works now.”
After a year, Mr. Arriola is ready to compile everything and close up shop.
“I would like to see us now or in the next month make a recommendation, whatever it is. I don’t care. I want to end this committee,” he said. “We do have the ingredients for a winning recommendation in front of us.”