Advertisement
The Newspaper for the Future of Miami
Connect with us:
Front Page » Communities » Brickell Key getting water taxi site, park

Written by John Charles Robbins on May 9, 2017
Advertisement 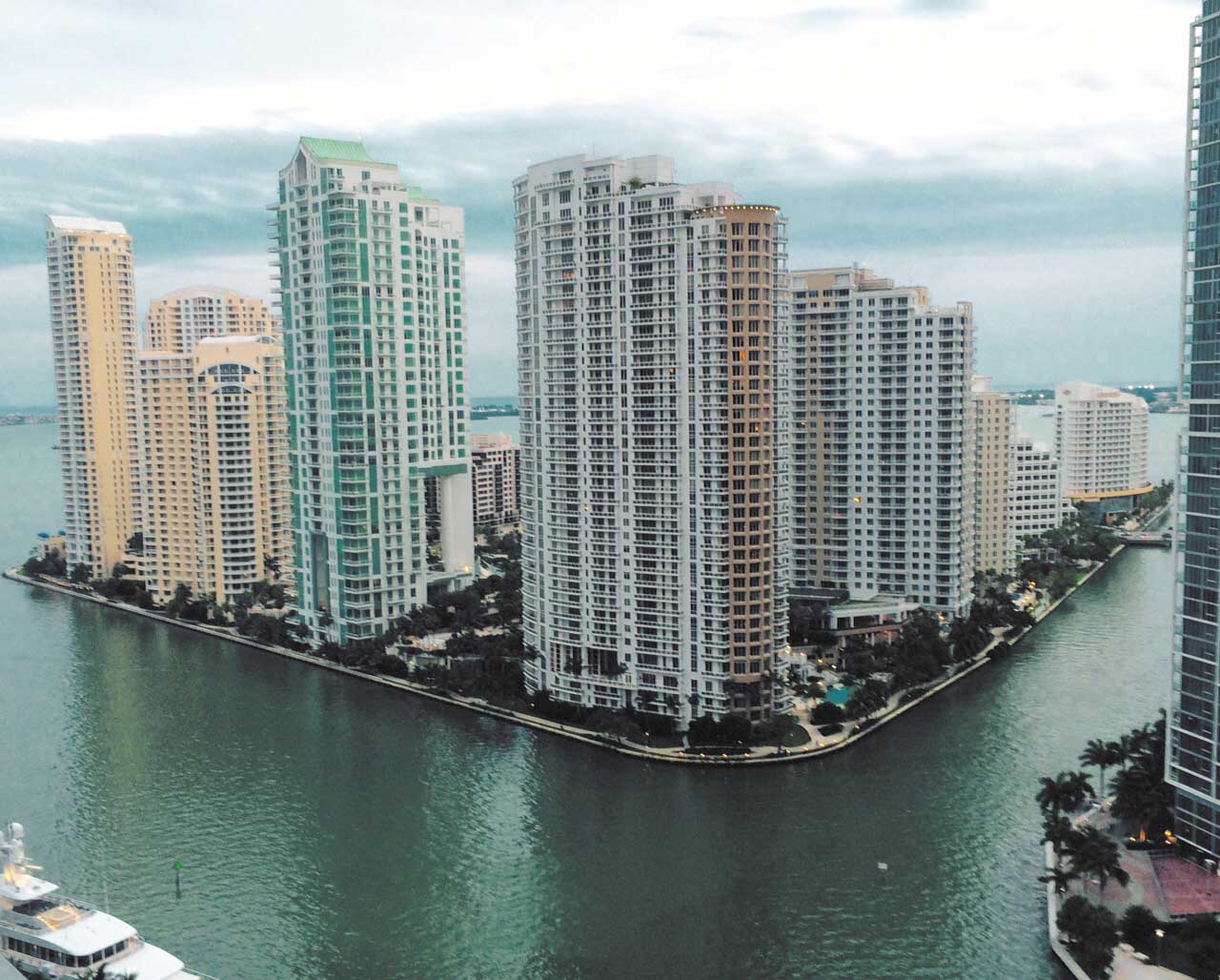 A site on Brickell Key is being dedicated as a public park and water taxi pick up and drop off location.
Miami city commissioners meeting today (5/11) are to consider accepting a right-of-way deed of dedication for upland property on the key, a man-made triangular island at the foot of Southeast Eighth Street.
It is part of a development agreement the city has with property owner-developer Swire Properties.
The legislation is a resolution authorizing and directing City Manager Daniel Alfonso to accept, pursuant to a right-of-way deed, the dedication of upland from Swire Pacific Holdings Inc.
The land is to be used “as a public linear park and for use as a public water taxi pick up and drop off location” and associated purposes, according to the resolution.
Also called Claughton Island, the 44-acre island is connected to the mainland by a bridge. The island is home to high-rises offering office space, hotel rooms and luxury condos.
Swire took over the development of Brickell Key in the 1980s.
A sketch presented with the deed marks the park and water taxi site just north of where Brickell Key Drive bridge (Southeast Eighth Street) connects with the island.
A plan for the build-out of Brickell Key, with the construction of a new residential tower, was given the go-ahead in October 2015. City commissioners approved the second and final reading of an amendment to the Brickell Key Development of Regional Impact, or DRI, order.
The change reduced the permitted non-residential floor area by 676,116 square feet while increasing the number of residential units by 668, and required a 3.75-acre linear park on the island.
Swire Properties plans to bring a new residential tower to the southern corner of the island.
At the time of the amended DRI order, Swire said references to the 3.5-acre park were confirmation of an existing “linear pedestrian park already in place around the island.”
The amended development order is noted in this week’s resolution, stating the order permitted a 3.5-acre linear park and a quarter-acre park on the island.
Swire has determined that to satisfy its obligation, in part, to dedicate public park land it will convey property to the city for a park and water taxi site, according to the resolution.
The new deed includes a reverter clause should the property ever cease to be used for a public park and water taxi stop.
Dedicating the site for public water taxi use comes at a time when city and county officials are seriously considering the encouragement of water-borne transportation, and are busy identifying potential sites for water taxi stops.
Miami-Dade County is considering a fleet of water transit solutions to help lessen traffic gridlock on area streets and highways.
Even the term “water bus” is being used as the county examines all aspects of water transportation, from the size of vessels to fares to projected ridership.
The county’s transit department is looking at both a water bus system for commuters with a fixed schedule and route, and water taxis.
City Commissioner Wifredo “Willy” Gort has been calling for a waterways transportation plan for years.