Advertisement
The Newspaper for the Future of Miami
Connect with us:
Front Page » Communities » Flex park on Virginia Key designs due soon 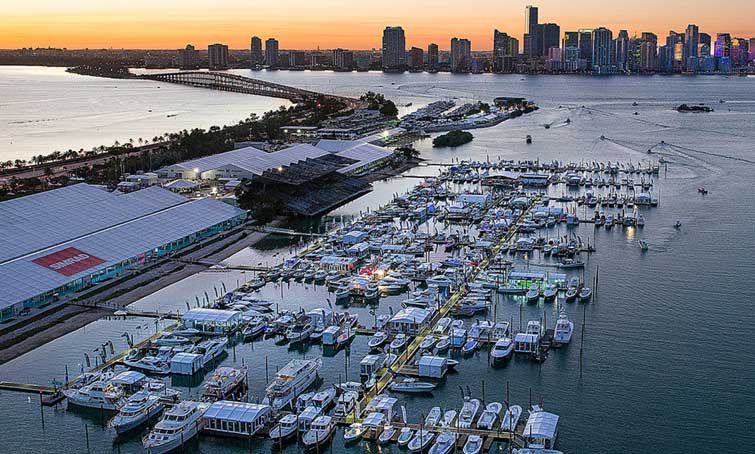 The City of Miami is due to get formal qualifications for urban design, landscape architecture and engineering services for the so-called flex park on Virginia Key by June 14. It requested them Friday.
It’s a step closer to a solid plan for regular use of the long neglected and underutilized parking lot south of the idled Miami Marine Stadium.
The Department of Procurement has scheduled a voluntary pre-proposal conference and site visit at 10 a.m. May 16 at the flexible space adjacent to the stadium at 3501 Rickenbacker Causeway.
The flex park is one of several projects being considered or already under way on the barrier island, including what some would consider the main event: the restoration and reopening of the waterfront stadium.
City staff shared the issue date of the request for qualifications (RFQ) April 25 with the Virginia Key Advisory Board, which was consulted on the RFQ.
Annie Perez, director of procurement, said a committee will be set up to evaluate the proposals and asked the board to appoint one of its own to the committee. Gary Milano, the board’s new vice chairman, will serve.
Ms. Perez said if everything goes as planned, she hopes to recommend a contract to the city commission in October.
The City of Miami owns much of the island and has already spent millions of dollars to outfit the flex park site to host the Miami International Boat Show.
City commissioners approved spending more than $20 million to create the flex park – from a new hard surface to electric connections and acres of elaborate tents – with its first use being the 2016 boat show.
The boat show organization has a year-to-year license with the city to use the site.
Allowing the boat show on the land has been controversial and led to litigation with neighboring Key Biscayne, with municipal leaders there worried about overuse and development further restricting the causeway, the only access to the mainland.
Discussions of other possible uses of the flex park space have divided city commissioners, the fledgling Virginia Key Advisory Board and residents.
The open space is a 15-acre site along the historic large marine basin.
In addition to the boat show, the site has hosted participant-based events consisting of rowing, paddle boarding, half marathon, triathlon, and dragon boat racing.
In its prime, the marine stadium played host to music concerts and high-speed boat races.
The city closed the unique concrete facility in 1992 in the wake of Hurricane Andrew.
According to the RFQ, the city is seeking an experienced consulting firm for a full range of urban design, landscape architecture and engineering services to create a conceptual plan and schematic design for “a world-class waterfront park … with a historic regional significance at Virginia Key.”
The overall goal is to enact the Virginia Key Master Plan, adopted July 22, 2010, says the RFQ.
“Through a creative and imaginative design of the flexible public open space, the proposer shall consider passive recreation, family and public gatherings, green and introspective space for emotional and physical well-being, as well as providing full access to Miami’s pristine waterfront, while supporting opportunities for special event use,” the RFQ says.
The proposer must understand the interconnectedness of natural resources, parks and open spaces, and focus on sustainable features. A traffic analysis and parking assessment must also evaluate existing traffic conditions, and impacts of future park space and special event uses.
“The City’s mission and goal is to completely re-energize the Virginia Key area through guided decisions which consider public access and use, historic preservation, parkland use, design integrity, conservation and financial viability. A Flex Park and the surrounding areas present a rare and exciting opportunity for the City to support the revival of a landmark and establish a new cultural center,” says the RFQ.
Beyond the stadium restoration, projects under way or under consideration on the island include:

Also at the April 25 advisory board meeting, members elected Joe Rasco chairman after Greg Bush resigned.
The board also welcomed newly-appointed member Peter Ehrlich. Mr. Ehrlich is a property owner and community activist from the Upper East Side, appointed by the Urban Environment League, with city commissioners ratifying his appointment.
Mr. Bush was the former league appointee.

One Response to Flex park on Virginia Key designs due soon