Advertisement
The Newspaper for the Future of Miami
Connect with us:
Front Page » Real Estate » Jorge Perez of Related Group named Lifetime Achiever 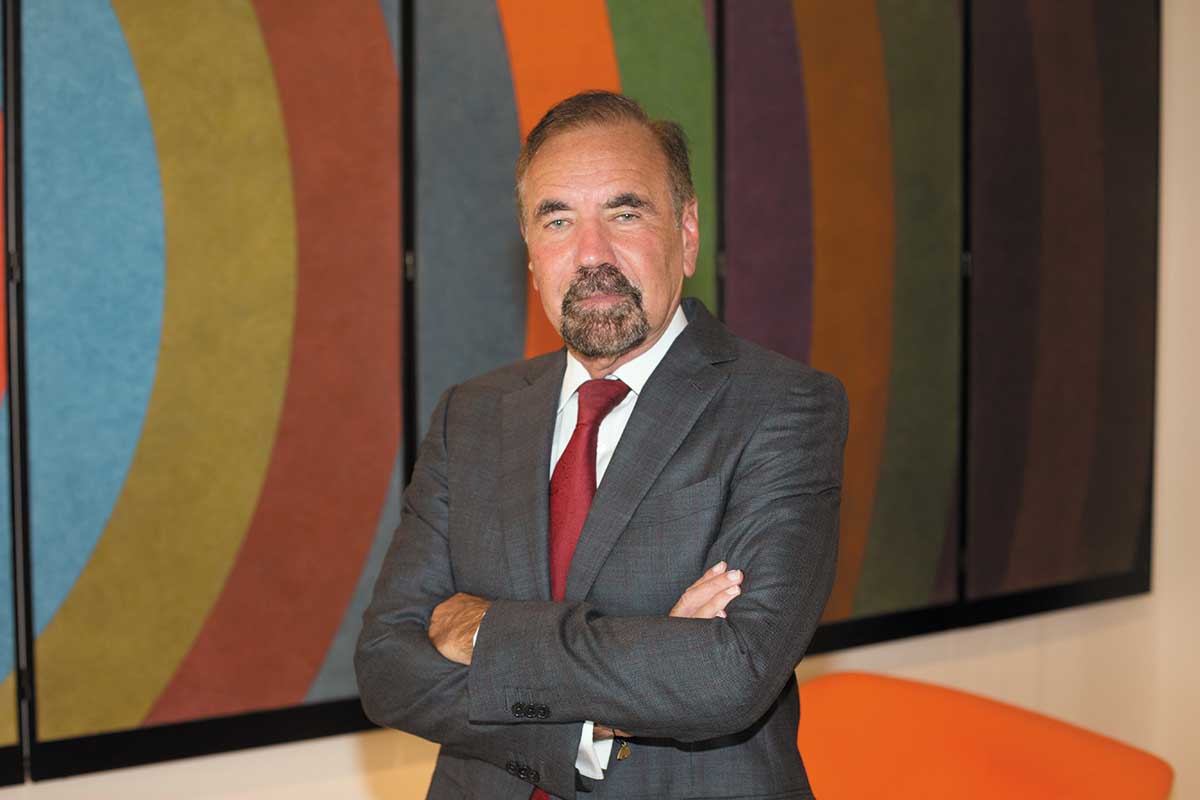 Internationally recognized as a visionary developer, Jorge M. Pérez, chairman, CEO & co-founder of The Related Group, is the force behind many of the iconic residential developments that comprise Miami’s skyline. He’s also a longtime patron of the arts, perhaps most visibly through generous donations to the coffers and collections of The Jorge M. Pérez Art Museum of Miami-Dade County, often referred to as PAMM.
For these contributions to the Greater Miami community, Mr. Pérez is Miami Today’s 2017 Lifetime Achiever honoree.
The Related Group was launched in 1979 as a builder of affordable housing. Though the company’s portfolio has since expanded to include ultra-luxury projects, it has never lost that original focus.
“I’m a believer in 24-hour cities,” Mr. Pérez says, “but many cities, including New York, London and now Miami, are becoming 24-hour cities for the very rich. So it’s important to us to bring housing to all income groups, from the lowest to the highest.”
However, as building and land costs escalate and government subsidies shrink, producing affordable housing is becoming more difficult.
“We work with the city,” he says, “to try to find programs offering such things as density bonuses or reduced taxes.”
Before turning to development, Mr. Pérez was the city’s economic development director, and his vision of Miami’s future aligns with city initiatives. For example, he says, “we very much applaud the city’s efforts to encourage affordable housing around transit hubs.” He cites eased parking requirements for development in these areas.
Related, he says, tries to keep parking spaces to a minimum in high-density projects.
“We’re also building micro units ranging from 350 to 650 square feet with more common areas such as club rooms and exercise rooms, because they are more affordable for younger professionals.”
One thing Related’s affordable housing projects do not skimp on is art.
“Art,” Mr. Pérez says, “is an extremely important part of our building process, particularly in the past decade. From the moment we find a piece of land and develop the architectural concept, we have two full-time curators who meet with the design team and are responsible, working with the developers, to select the art for those places. It’s not interior-designer art, chosen because it matches the couch. We look for museum-quality, serious art for our buildings in every price range.”
Beauty and sustainability are key to Related’s mission. “I like to think our contribution to the urban fabric,” he says, “has been to make Miami a better, more self-sufficient city – one that does not contribute to global warming and the misuse of natural resources – and that at the same time we are contributing to the beauty of the city.”
Mr. Pérez, raised by Cuban parents in Argentina and Colombia, says his interest in art “goes a long way back. When I was in high school, my mother would drag me to museums and galleries and artist’s studios.
“When I came to the US for college, whenever I had a little extra money I would buy whatever I could afford – mostly lithographs at that time.
“I can spend hours poring over art books and architectural books. The whole design world is very important to me – everything that relates to thought processes expressed in physical terms.”
A longtime collector of Cuban art, Mr. Pérez says he began visiting Havana a few years ago to meet the artists, many of whom are now good friends.
With the recent donation of 160 pieces, he says, his entire Cuban collection has now been given to PAMM. Selected pieces will be on view starting June 16 in “On the Horizon: Contemporary Cuban Art from the Jorge M. Pérez Collection.”