Advertisement
The Newspaper for the Future of Miami
Connect with us:
Front Page » Real Estate » Vote soon on Genting plan for 300-room Miami hotel 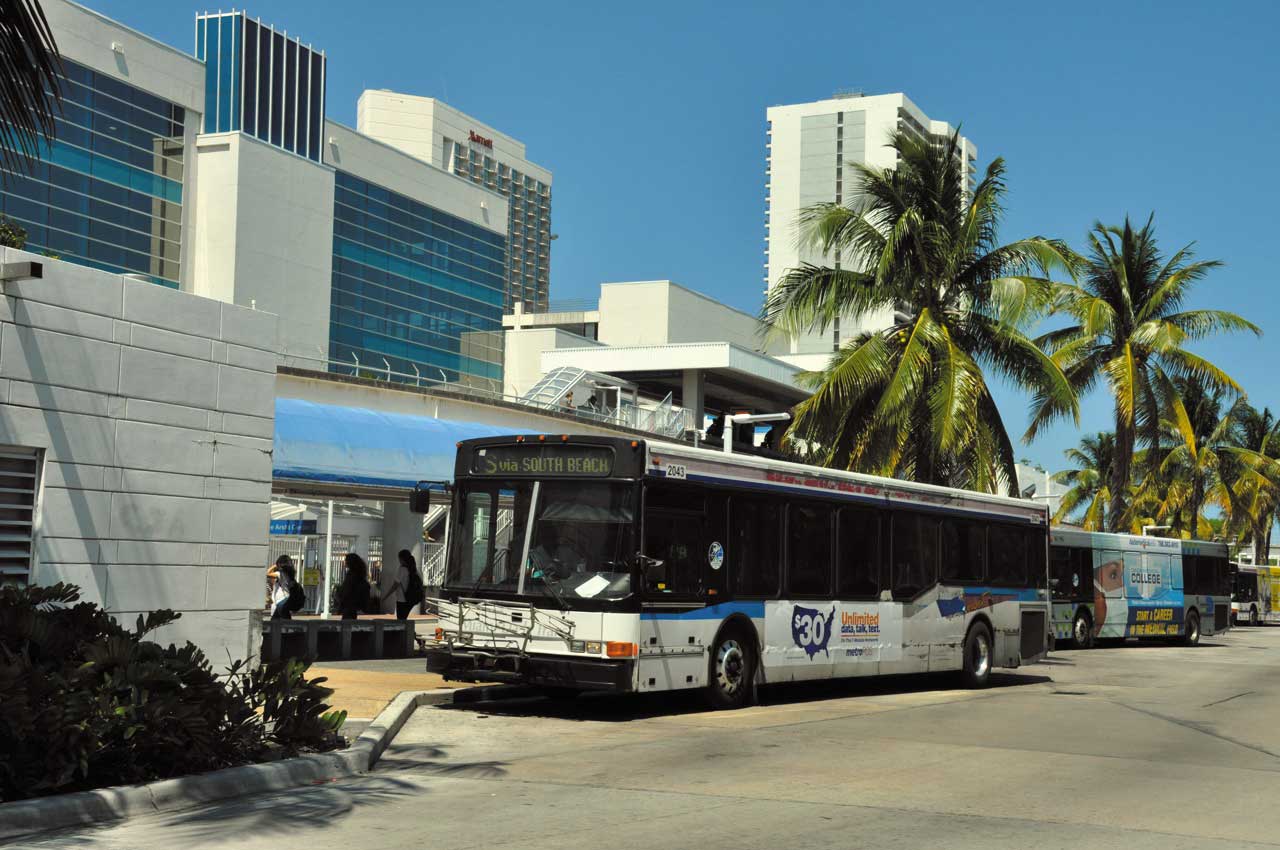 Miami-Dade commissioners should soon vote on a joint development at the county’s Omni Bus terminal and access to the Adrienne Arsht Center Metromover station in which Malaysian casino giant Genting plans a 300-room hotel over the bus terminal.
Miami-Dade’s Transportation and Public Works Committee on Thursday unanimously approved the concept from Genting subsidiary Resorts World Miami LLC and forwarded it to the full commission. It was a late addition to the agenda.
Mayor Carlos Gimenez wrote in a March 16 memo that the project includes a revenue-generating mixed-use development, expected to have a positive economic impact on the community, that promotes maximum use of the transit system; provides functional and aesthetic integration of the Arsht Center station and Omni bus terminal into the overall project; and upgrades or redesigns the Metromover station, including replacement of stairs, elevators, escalators, surveillance systems and flooring while enhancing the ability to see and pedestrian access.
Commissioner Sally Heyman said she was reading the analysis for the first time but, speaking as a member of the county commission, emphasized “it doesn’t get better than what we have – a win, win win [for Miami-Dade].”
It’s excellent, Ms. Heyman said, with an agreement that has the developer making payments to the county. “This is exceptional to all the partners and staff that’s been involved.”
According to Mr. Gimenez’s memo, the Omni bus terminal and Arsht Center Metromover Station, the development site, consists of seven contiguous parcels totaling 0.987 acres. The negotiated agreements for the development site with Resorts World – which owns the Omni across the street and the old Miami Herald site to the east where it had promoted what would have been the world’s largest casino – consist of a development and lease agreement as well as an easement.
“The easement is needed for construction-related development site ingress and egress,” the mayor wrote. In its proposal, Resorts World said it will also make numerous upgrades valued at about $22 million. Under the development agreement, Mr. Gimenez reported that Resorts World would submit all design and construction plans to the Department of Transportation and Public Works to review before starting work.
In addition to increasing density around the Metromover station, the project would provide substantial long-term revenue for Miami-Dade over the 90-year initial lease, with the developer paying $100,000 minimum rent per year through construction. Thereafter, Mr. Gimenez wrote, the developer would make a one-time $10 million payment to the county and then the greater of 50% of gross revenues from the retail portion or $300,000 per year.
In addition, the project in construction is forecasted to create 1,871 jobs and, once completed, 171 direct jobs. “It will also stimulate the creation of 100 additional indirect jobs and provide significant revenue to the county and City of Miami in the form of taxes and impact fees,” the mayor wrote.
Committee Chair Bruno Barreiro asked when the project would be completed, as he likes to “go to ribbon cuttings, not ground breakings.”
Transit Chief Alive Bravo explained the developer would have four years to begin and the department would be receiving funds right away that would be put back into the transit system.
Committee member Dennis Moss asked if commissioners could see conceptual drawings to get an idea of what’s happening.
Ms. Bravo showed a drawing and said she’d email copies to all commissioners.
It might have been difficult for the committee to see her drawing, but Ms. Bravo explained that the bus facility is currently outside. Under the plan, she said, Resorts World would build an air-conditioned terminal.