Advertisement
The Newspaper for the Future of Miami
Connect with us:
Front Page » Top Stories » Miami commissioner goes after large-scale developments 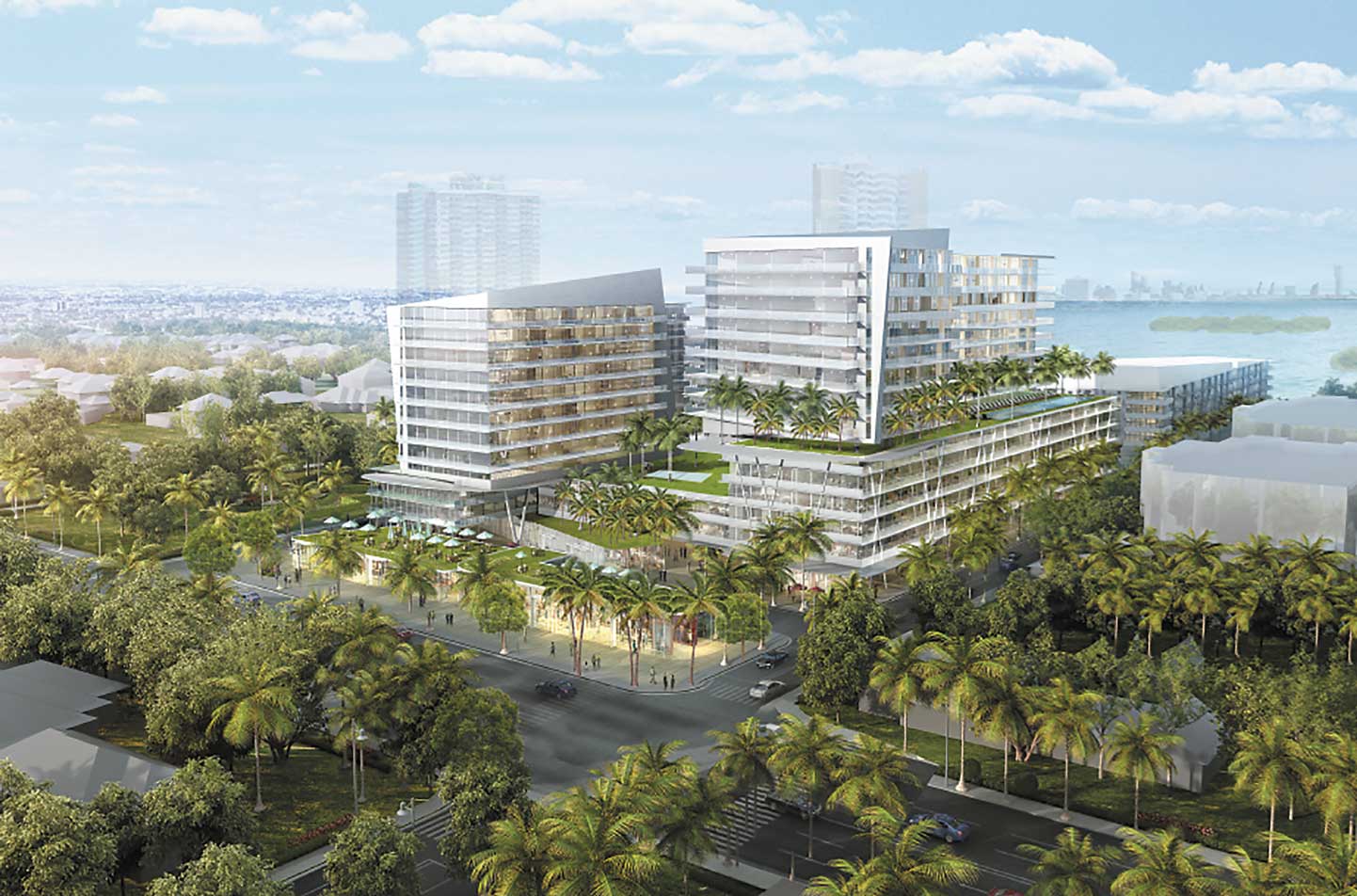 A second Miami city commissioner is going after a provision in the zoning code that allows for large-scale developments with relaxed conditions called Special Area Plans, or SAPs.
Commission Chairman Keon Hardemon proposes a moratorium on SAPs near Biscayne Bay to give planning staff more time to review current regulations and adopt revisions.
His proposal is on today’s (3/23) commission agenda for a first reading.
The ordinance would establish a 240-day moratorium on the acceptance of new applications for special area plans, for SAPs encompassing properties zoned as Civic Space within 500 feet of Biscayne Bay.
Without specifically naming the project, the moratorium targets the Legions West project, a planned special area plan incorporating some of city-owned Legion Memorial Park in Edgewater to meet the 9-acre threshold for a SAP, which has caused an uproar in the neighborhood.
ACRE GCDM Bay Investments LLC plans Legions West, a major mixed-use residential and commercial project, east of Biscayne Boulevard, north of Northeast 64th Street and west of Biscayne Bay.
In response to an inquiry from Miami Today, an attorney for the developers, Iris Escarra, said they are aware of Mr. Hardemon’s proposal but have no comment on it.
Miami 21, the city’s zoning code, says the purpose of a Special Area Plan is to allow 9 abutting acres or more to be master planned to allow greater integration of public improvements and infrastructure, and “greater flexibility so as to result in higher or specialized quality building and Streetscape design.”
In order to meet the 9-acre threshold for an SAP, about 1.85 acres of the abutting Legion Park would have to be incorporated into the Legions West project.
City officials were considering becoming a co-applicant on the special area plan.
It was Mr. Hardemon who arranged for a Jan. 18 town hall meeting on the Legions West project that brought out more than 200 Upper East Side residents opposed to the development, and in particular to using part of the public park.
Mr. Hardemon was joined at the town hall meeting by commissioners Francis Suarez and Frank Carollo and several city officials.
At the city commission meeting Jan. 26, Mr. Suarez moved to direct the administration to prepare an amendment removing the city option to be a co-applicant to SAPs and make sure no city property is incorporated into a private SAP.
The city’s involvement in a privately developed Special Area Plan is a conflict of interest, he said.
And using city-owned property to meet the 9-acre threshold is “problematic on a number of fronts,” Mr. Suarez said then.
Mr. Suarez, citing the anger voiced Jan. 18, said some residents see this as the city in cahoots with developers.
At the Jan. 26 commission meeting, Mr. Hardemon voiced reluctance about giving up an important planning tool. Becoming a co-applicant to an SAP affords the city the opportunity to “manage the development,” he said.
He said if that option hadn’t been available in Miami 21, the city wouldn’t have approved the Miami River SAP, which is destined to bring major improvements to Jose Marti Park, extend the public riverwalk and generate funds for affordable housing.
But Mr. Hardemon did join the other commissioners in approving Mr. Suarez’s motion.
Mr. Hardemon’s proposed moratorium says city officials have determined they need more time to review the regulations.
The proposal notes that Miami 21 allows for property zoned as civic space to count towards the 9-acre minimum needed to apply for an SAP, and it says CS is the transect zone for park space.
The proposed ordinance says, “… allowing SAPs to utilize CS-zoned property near Biscayne Bay and to construct large projects adjacent thereto could result in incompatible development adjacent to relatively rare and unique CS-zoned property near Biscayne Bay, hampering the CS-zoned property’s ability to function as intended.”
The existing regulations “necessitate a thorough review and modification of the current SAP regulations in the Miami 21 Code and other applicable portions of the City Code to ensure any SAP containing CS-zoned property within five hundred (500) feet of Biscayne Bay does not have a deleterious effect on traffic, congestion, surrounding property values, city services, and on other aspects of the general welfare.”
A temporary moratorium will allow the city to determine how best to modify its SAP regulations to protect both quality of life and general welfare of city residents, businesses and visitors, it says.
Complete build-out of Legions West would see three residential towers with 476 units, 30,300 square feet of ground floor commercial uses, covered plazas and other civic spaces.
That, in addition to Phase I, already begun: a 5-story building with 237 residential units and 435 parking spaces, along with a new 15,000-square-foot facility for the American Legion.