Advertisement
The Newspaper for the Future of Miami
Connect with us:
Front Page » Real Estate » Growth in Edgewater is surging ahead

Growth in Edgewater is surging ahead 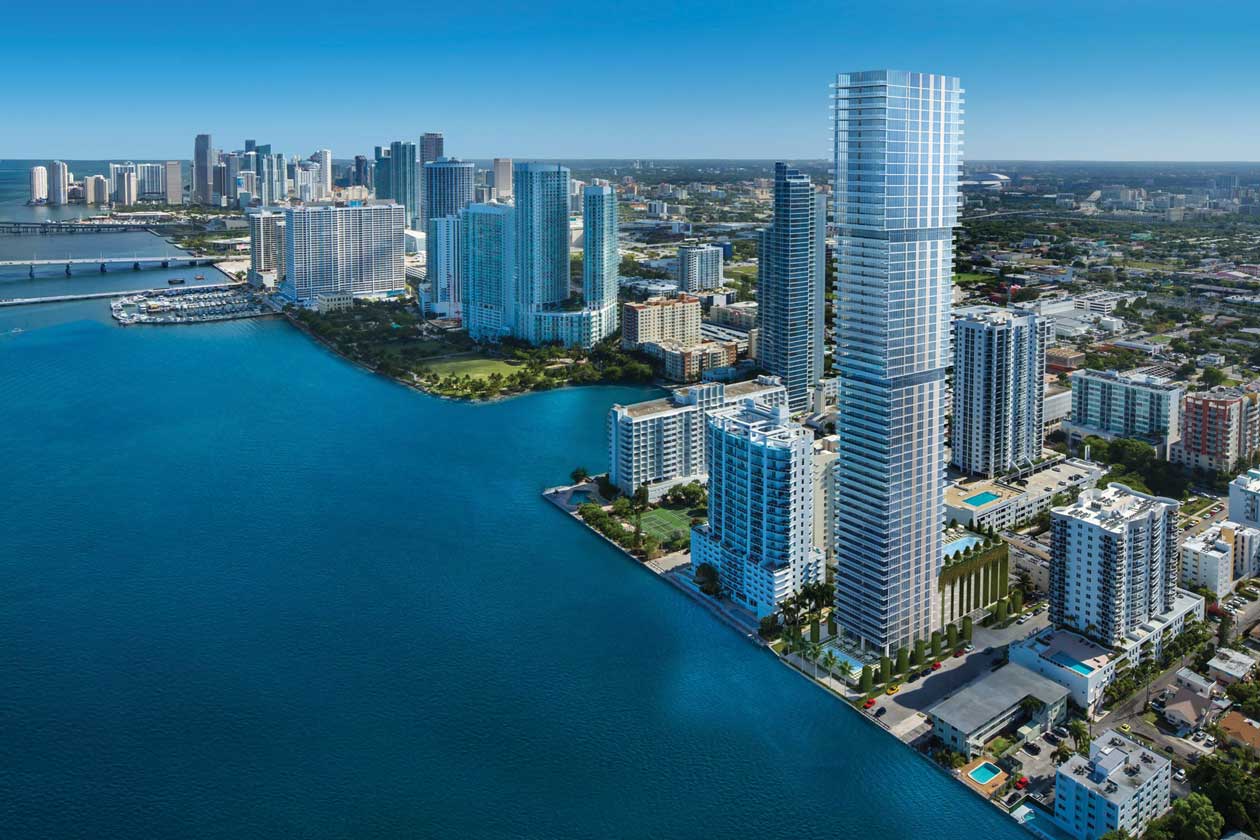 Despite turbulence at the top of the luxury residential market, growth in Edgewater is surging ahead, observers say.
“We got into the market 10 to 15 years ago, at the start of the cycle,” said Taylor Collins, partner in Two Roads Development. “Edgewater was very new on the radar for condo development, and we’ve had tremendous success there.”
The company’s first building, the 399-unit Biscayne Beach, is near completion, and a second, Elysee Miami, is in preconstruction site work.
“Biscayne Beach sold out in record time, and new buildings, including Aria and Paraiso, were also announced,” he said. Most of the buildings comprise about 400 units, each sized from 900 to 1,600 square feet, he added.
The area was hot because of its proximity to the city’s core, to Wynwood, to Miami Beach, and to the Design District, which is being developed as Miami’s answer to Rodeo Drive, he said.
When the time came to contemplate another project, “We really wanted to stay in Edgewater, but we didn’t want to build another 400-unit building,” Mr. Collins said. “There is a lot of competition in that market.”
Elysee Miami, which is set to open late next year or in early 2019, comprises 100 units, two per floor, ranging from 2,300 to 4,000 square feet. Prices start at $1.3 million.
“We know the process will be a lot slower,” he said. “This is a different kind of building, one that people will treat as their home. When the market slowed down, we were prepared.”
More than 75% of buyers at Elysee “have indicated they’re going to pay cash,” Mr. Collins said. While interest rates are set to rise, they are still at historic lows for those who choose to finance, he said.
“A slowdown is always good, because it lets people take a breath and see where the market is,” he said. “We’re meeting our pro-forma numbers, so we’re happy. There are still a lot of buyers out there and deals to be made.”
“Edgewater is a classic example of developers repurposing a neighborhood and giving it a completely new identity,” said Jose Rodriguez, a partner in the Rennert Vogel Mandler & Rodriguez law firm, via email. The firm represents several condominium projects in Edgewater.
“The neighborhood was previously filled with mostly smaller and dated multifamily buildings and class B and C retail space along Biscayne Boulevard. Now, it is a high-rise condominium area that is fueling demand for higher end retail.
“Wynwood is already experiencing that; Allapattah and Little River may be next. When enough people believe in a neighborhood and invest there, what starts as a figment of a speculator’s imagination becomes reality.”
With about 3,000 units scheduled for delivery in 2017/2018, there is some concern about infrastructure keeping up with the flood of new residents, said Robbie Bell, a realtor associate at EWM Realty International who lives in the neighborhood.
More projects are in some phase of development, she added. “Naranzas is pushing ahead actively with their sales solicitations; this is 20 stories, with 137 units,” she said via email. “In mid-December, Quadro (198 units) and Ellipses (39 units) were approved. I have not seen anything yet, but I am under the understanding The Village South has been sold or at least it is under contract,” she said of the substance treatment facility at 3050 Biscayne Blvd. “That is zoned for 36 stories.”
If the building is sold, the land is likely to be snapped up quickly, in spite of the slump in the luxury market, which “absolutely” has affected Edgewater, she said.
“What I see are units in new buildings,” Ms. Bell said. “Take Icon Bay, for example, which has 66 units for sale out of 300. Bay House has 38 out of 165 for sale. Many foreign buyers – or, for that matter, buyers in general – who bought pre-construction thought they would catch the wave and be able to turn the units once completed. That has not happened.
“At some of the mature buildings, such as 2100 N Bayshore and the Charter Club, prices are rising. This is due to the fact that these buildings are on the water and have price points starting at $200,000,” she said.
“The sale prices, particularly in Icon Bay, are coming down. Each seller has a different set of circumstances. Some need to sell immediately. I have managed to position one of my buyers so that he truly did well on his purchase and bought under market value. He’s quite happy. This is a great time to buy!”
One project that was may have been taken off the drawing boards is the 146-unit Missoni Baia, she said. “There was a flurry; then it went quiet. I understand it’s back on track and the project is scheduled to be completed in 2019.”
Who’s buying? “Certainly those buyers who are more established and can put down 20% to 25% on the resale units,” she said. “I do quite a bit of relocation. Many who come are not prepared for the prices that our units command, despite all the bells and whistles.”
But for those who will come, “the future Edgewater really needs goods and services to support the neighborhood,” Ms. Bell said. “We definitely do not have enough restaurants, and the walkability factor is still low. A few of the new buildings will offer retail space at the bottom; hopefully, there will be an abundance of services that move into the community, and within walking distance.”