Advertisement
The Newspaper for the Future of Miami
Connect with us:
Front Page » Communities » Tri-Rail to roll commuter rail into downtown Miami by year’s end 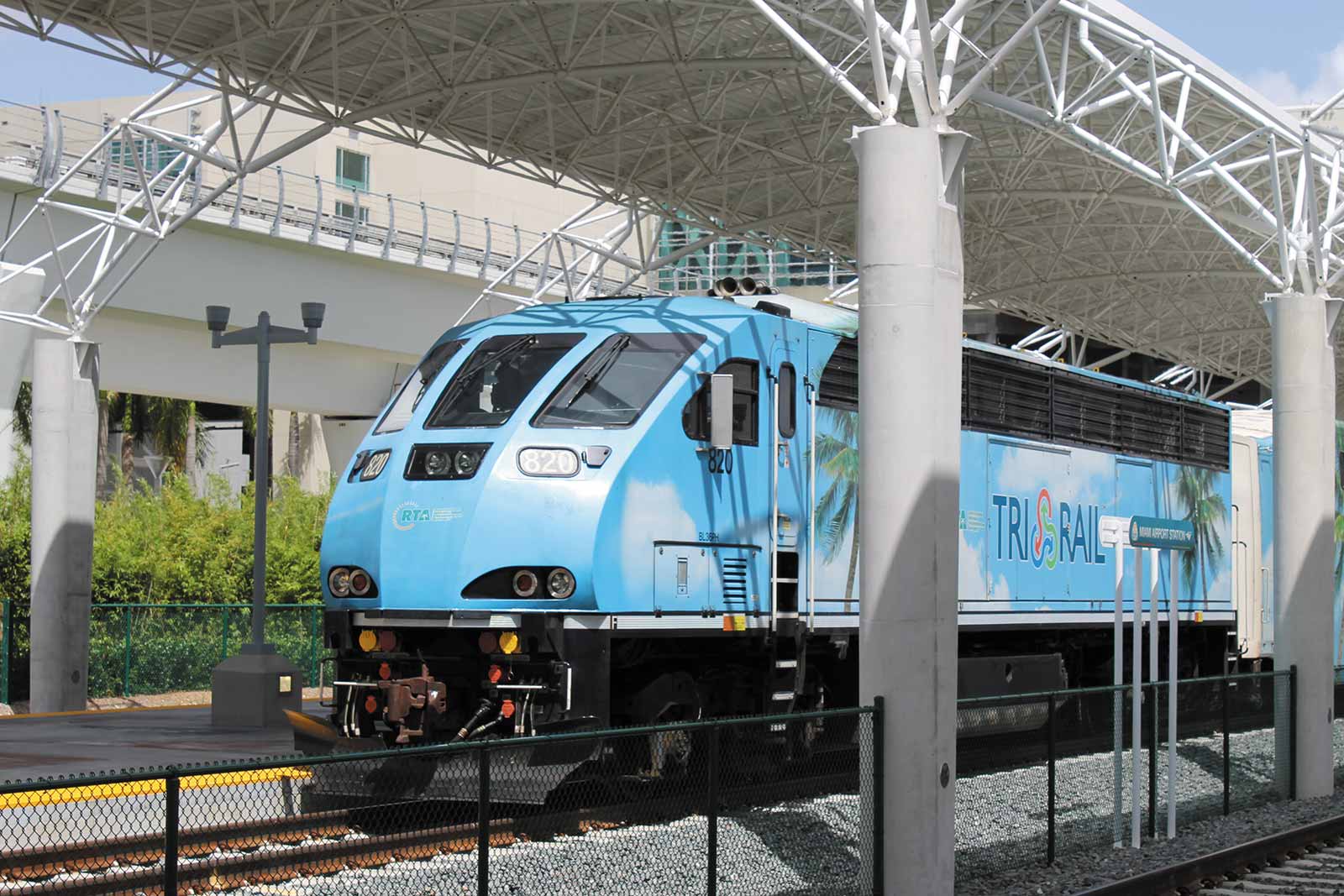 With a bid controversy settled, the South Florida Regional Transportation Authority is on track to have Tri-Rail commuter trains steaming into downtown’s Miami Central station by year’s end. “We issued a contract this week for the maintenance of the corridor,” Bonnie Arnold, authority spokesperson, said last week. “We stand by the process.”
The authority solicited bids to bundle services from four contracts that are expiring. The bid documents stated the proposals had to be non-conditional, meaning that they couldn’t take into account insurance and liability issues.
“Five of the six bids contained conditions,” Mr. Arnold said. “The only bid that did not was Herzog’s. And, yes, it was the highest bid.”
Herzog Transit Services’ $511 million proposal was ratified by the authority’s board of directors late last month. The other bidders protested the decision, along with Florida Sen. Jeff Brandes, who chairs the subcommittee that oversees Tri-Rail’s state funding.
“As far as we’re concerned, it’s time to begin mobilizing,” Ms. Arnold said. “This needs to begin immediately.” All Aboard Florida has said its Brightline trains will begin service between Miami and West Palm Beach in August, and Tri-Rail will follow “within a couple of months,” she said.
All Aboard Florida, a wholly owned subsidiary of Florida East Coast Industries, is building three stations for its Brightline commuter trains and will allow Tri-rail to use them in South Florida.
On Oct. 31, the last piece of the Tri-Rail project’s complicated financing fell into place when directors of the City of Miami’s Southeast Overtown/Park West Community Redevelopment Agency agreed to fund $17.5 million of the project.
The agency had previously pledged that amount, but concerns that it might be on the hook for a shortfall should revenue projections fail cast a cloud over the final agreement.
Francis Suarez, agency board member and Miami city commissioner, urged fellow directors to OK the agreement, saying that having Tri-rail come into downtown is just as important as renovating public housing and establishing a grocery store in a food desert, both of which the agency has accomplished.
“We need to sign the document and move on, because this will be the catalyst for mass transit in Miami and Miami-Dade County,” he said. “This is part of the holistic revitalization of Overtown. With all respect to the lawyers, this deal has been over-lawyered. It has become the sum of all of our fears.”
“We have been consistently reducing the amount” of money asked from public agencies, said Javier Fernandez, attorney for All Aboard Florida, at the October meeting. “We have the downside risk. Here you have a public agency [the regional transportation authority] without a profit motive. Its sole motive is to deliver the transit improvement.”
“Context is important here,” said Vincent Signorelli, Florida East Coast Industries CEO. To allow the project to move forward and lock in construction costs, All Aboard Florida started construction without firm commitments from the agencies, he said. “It’s important to understand the leap of faith we took.”