Advertisement
The Newspaper for the Future of Miami
Connect with us:
Front Page » Profile » Tibor Hollo: Building our tallest tower, with a bigger one to follow

Tibor Hollo: Building our tallest tower, with a bigger one to follow 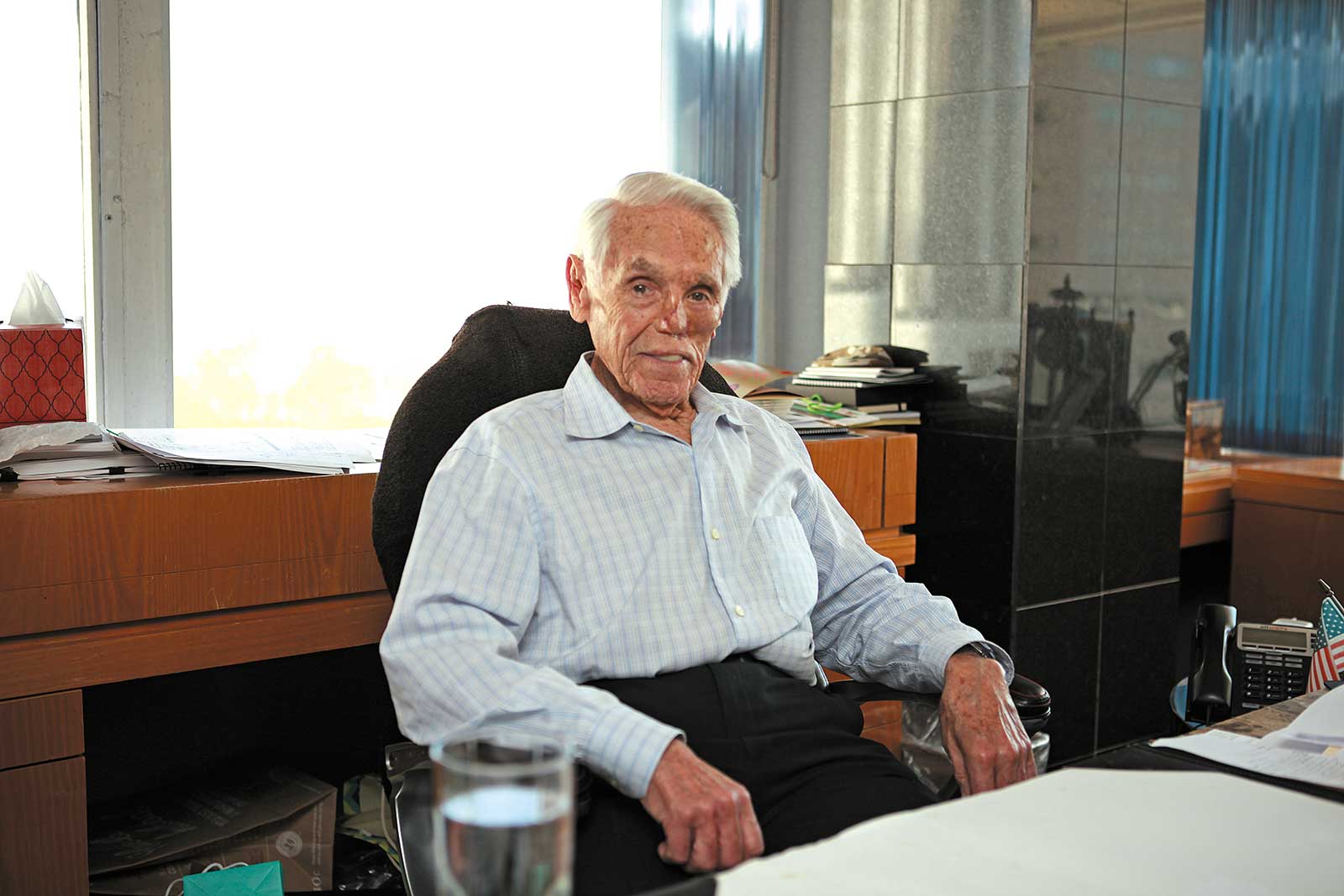 In 1956, Tibor Hollo packed his bags and reputation as one of New York’s most successful general contractors and relocated to sunny Miami, where he founded Florida East Coast Realty. In the 60 years since, the company has built in excess of 60 million square feet of single-family homes, landmark residential and commercial high-rises, government buildings, marinas, high-end retail centers, warehouse complexes, and telecommunications centers.

The company forged new ground by developing Miami’s Omni/Venetia area, sparking the transformation of the district into what is now known as the Arts and Entertainment District.

The concept of living, working and playing in the urban core has long been Mr. Hollo’s dream, brought to life through his many developments.

Although his self-proclaimed favorite project is the Omni/Venetia area mixed-use development The Grand, he confesses that his new development, Panorama Tower, might be the one to take the top spot.

Panorama Tower is a mixed-use skyscraper now under construction at 1100 Brickell Bay Dr. At 867 feet tall, it will be the tallest building south of New York on the eastern seaboard once completed, Mr. Hollo said.

The building boasts a plethora of amenities, including a billiard room, a 30,000-square-foot gym, a muse room that can serve as a jam space for musicians, a cyber space for computer gaming, and a full-scale kennel, among other amenities.

These amenities are a natural evolution from Mr. Hollo’s first days in the game, he said, when all that tenants wanted was a nice garbage can to put their garbage in.

Florida East Coast Realty’s grandest project to date, however, is to be the new One Bayfront Plaza. It is to be a mixed-use development of contemporary modern design, encompassing a total of over 3 million square feet, principally comprised of premier class AAA office space, together with a luxury hotel and high-end residences.

One Bayfront Plaza is planned as the tallest building on the Miami skyline, reaching a height of 1,049 feet above Biscayne Bay – the maximum height allowed downtown by the Federal Aviation Administration – with 360-degree, panoramic views. If all goes according to plan, the building could break ground as early as January 2019.

Mr. Hollo had no time to search for a business role model when he was younger, so instead he forged his own way in the development world, doing business the way he wanted to, which he said was all in the fun of it.

Were he to be someone’s role model, he said he’d like for that someone to understand the importance of strong work ethic, which gives one joie de vivre.

Aside from Miami, his absolute favorite city in the world, Mr. Hollo finds Hong Kong, London, New York and Moscow to be the runner-ups.

His commitment to helping those less fortunate than him is evident in his multitude of civic and community engagements. A founder of multiple charities, mostly focused around health and education, Mr. Hollo said that he’s working to help them prosper even further.

At the end of the day, he says he has no big regrets. Given the chance to go back to the beginning and do it all again, he wouldn’t make any major changes, he said.

Miami Today reporter Camila Cepero interviewed Mr. Hollo in his office at Florida East Coast Realty, which sits on the future site of One Bayfront Plaza.

One Response to Tibor Hollo: Building our tallest tower, with a bigger one to follow