Advertisement
The Newspaper for the Future of Miami
Connect with us:
Front Page » Top Stories » First new Metrorail cars pass all scheduled tests 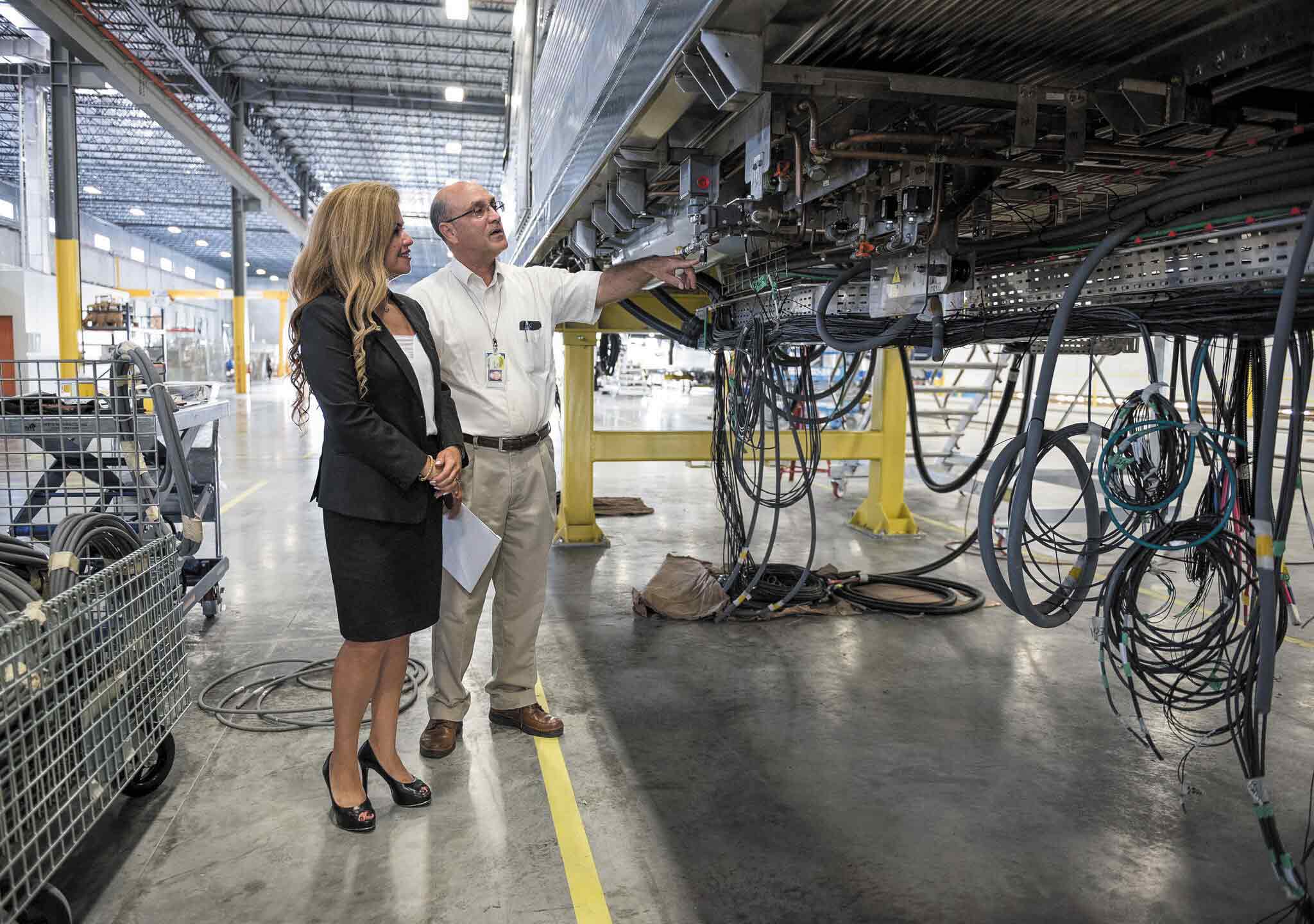 The first two Metrorail cars that will replace Miami-Dade’s fleet have passed all scheduled tests and will be put on the mainline for final examination this May, says transit chief Alice Bravo.
“They’re in excellent condition and now over a pit in the Medley facility,” she said last week. “The tests going on currently are all about electronics, water-testing, and then they’ll be taken to the Lehman Center in late March to run on tracks.”
Ms Bravo told Miami Today the Transportation and Public Works Department will put the cars on Metrorail’s main line at night when other cars aren’t running to test for full operation. Based on the schedule set months ago, she estimates they’ll be ready for use at the end of 2017.
“There are four in production at the Medley facility, and later in the month we’ll get two more shells to start the process,” Ms. Bravo said. “In a few months, we’ll be at the point of cranking out six cars a month.”
In August, Miami Today toured the Hitachi facility, accompanied by Ms. Bravo. The custom-designed, 140,400-square-foot plant had opened in March. By late summer, the first three of 136 Metrorail cars were being assembled to replace Miami-Dade’s fleet. The warehouse is specialized for the sole purpose of train-car manufacturing and subassembly. Owned by Hitachi Rail US, a subsidiary of one of the leading railway system suppliers, this is the Tokyo-based company’s first manufacturing facility in Miami and third in the US.
The facility has features specifically for the assembly of heavy-rail metro including concrete pits. They were designed with two lines to accommodate work/ testing of eight cars simultaneously to avoid bottlenecks.
When the cars arrive in Medley, they’re basically just metal shells. They’re made prior to that at DRS Sustainment Systems in West Plains, MO, which has primarily defense contracts for military products and technologies for such uses as battlefield reconnaissance and surveillance. Workers at the facility get the shell and undertake the full assembly of all components: doors, electrical systems, wheel and axel assembly, install the rooftop HVAC and the under-frame equipment that takes the cars down the track.
All cars will undergo a specified water pressure for a specified time at a large sloped pit with an enclosure containing 400 spray nozzles. Once tested and proven qualified to withstand the deluge of water Miami weather can bring, interior work begins. The new Metrorail cars will be roughly the size and length of those they’re replacing but with improved components, thanks to 40 years of subsequent technology.
Riders won’t see a lot that’s different inside but engineers at the facility said they’ll certainly hear and feel vast improvements: disc breaks that are essentially silent (compared with the screeching sound of tread breaks), computerized control of systems for a smoother acceleration, reduced use of electricity and more reliability.
All 136 cars are slated to be ready to run by 2019.