Advertisement
The Newspaper for the Future of Miami
Connect with us:
Front Page » Business & Finance » Bank board to discuss replacing labor secretary nominee Alex Acosta 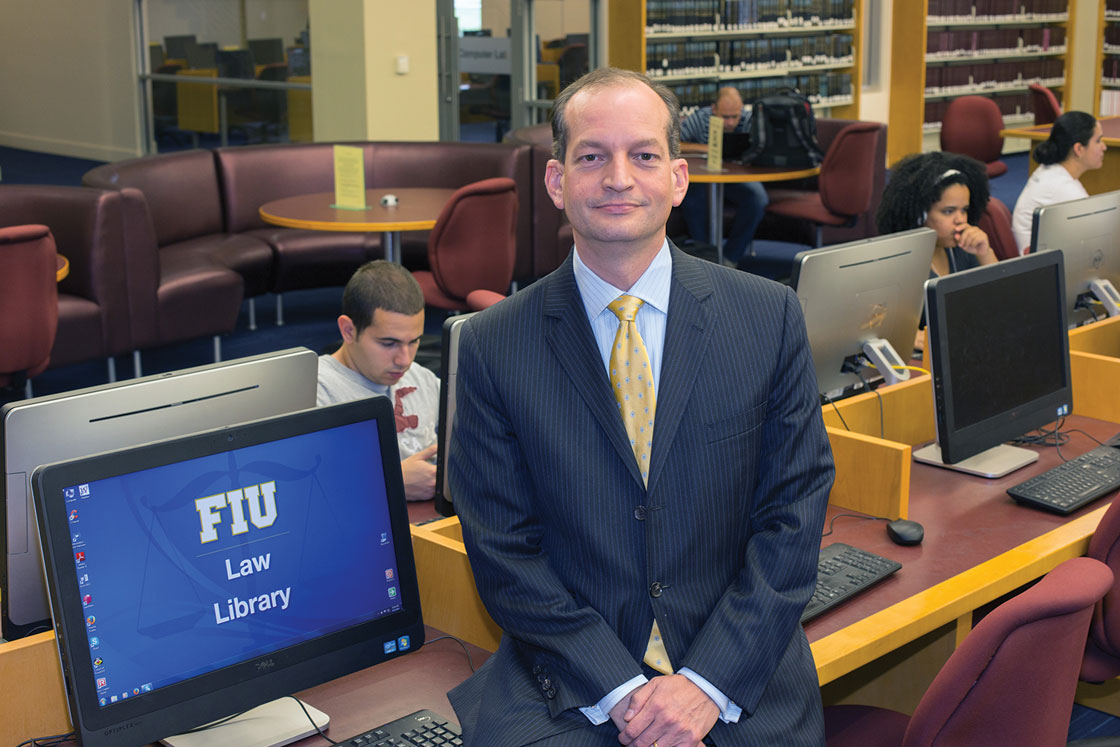 Replacing Alex Acosta as board chair of Miami’s US Century Bank now that he has been nominated to become the nation’s labor secretary will not be easy, says one of his colleagues.
“We have to make lemonade out of lemon,” according to Howard Feinglass, managing partner, director and principal of Priam Capital, who serves on the bank’s board with Mr. Acosta. “Alex has been terrific for US Century,” he said last week when the nomination was announced. “He cares so much and spends so much time. Alex brought in a lot of customers who knew they always had an advocate in him.”
The bank, once in financial trouble, is now doing quite well, Mr. Feinglass said. “We saved it from going bankrupt, with a new investment team putting in $65 million in June of 2015 and another $7.5 million this past November.”
It’s difficult to see Mr. Acosta leave, Mr. Feinglass said. However, he said he’s thrilled for his colleague. “Alex is a terrific person and will be terrific in whatever he does,” he said. “This is a man who’s incredibly honest and always does the right thing.”
Aida Levitan, president and CEO of Levitan & Palencia, has served for 2½ years with Mr. Acosta on US Century’s board. She said she’s confident he will do an “outstanding job as the next labor secretary because of his integrity, expertise and leadership abilities.” Ms. Levitan said she’s very proud of Mr. Acosta both as a fellow board member and a Cuban American.
Bank officials all expressed pride when Mr. Acosta’s nomination was announced Feb. 16. “Alex is a brilliant leader with an exemplary reputation, and we know he will serve our country with honor,” said Luis de la Aguilera, CEO and president of US. Century Bank. “The US Century Bank family is very proud of him and his nomination for labor secretary.”
Mr. Acosta joined US Century as chairman in 2013, and by all accounts guided its resurgence. His colleagues say he was instrumental in assembling a new board and securing a recapitalization deal that helped the bank stay afloat and begin its change of course.
“He has guided the resurgence of the bank,” Ms. Levitan said. “Alex secured new investors who helped us make a turnaround.”
In December 2015, Mr. de la Aguilera said in a written statement, Mr. Acosta brought in a new executive management team that resulted in several positive milestones. The Federal Deposit Insurance Corporation and the Office of Financial Regulation terminated the consent order issued in June 2011 that had been hovering over the bank. Bauer Financial upgraded the bank to a three-star rating, and last month the bank reported its first year of positive earnings since 2008.
Ms. Levitan says she is confident US Century will find a qualified and wonderful board chair. “We work very well together and have a fantastic chemistry,” she said. “That’s why the bank is doing well and attracts good board members.”
She said the board has not yet discussed the search for a new chair but will do so shortly.
“This is still a process,” Ms. Levitan said of Mr. Acosta’s nomination. “We don’t technically have a vacancy yet.”
When Miami Today named Mr. Acosta one of its Achievers for the second time in May 2015, it was for his work as board chair at US Century Bank as well as dean of Florida International University’s law school. At the time of his profile interview, Mr. Acosta said his work at the law school fit in nicely with his position serving the bank. He spent many hours fundraising for FIU; making sure its law school was seen, heard and represented in the public eye; and – very important to him – meeting with students.
In fact, just hours before Mr. Acosta was nominated as a member of President Trump’s cabinet, Ms. Levitan saw him at a restaurant in Coral Gables, sitting with young prospective lawyers.
“He’s very devoted to mentoring law students and seeing them do well,” she said. “Everything Alex does is with intelligence, dedication and integrity.”