Advertisement
The Newspaper for the Future of Miami
Connect with us:
Front Page » Top Stories » Funds sought for new civil courthouse for Miami-Dade 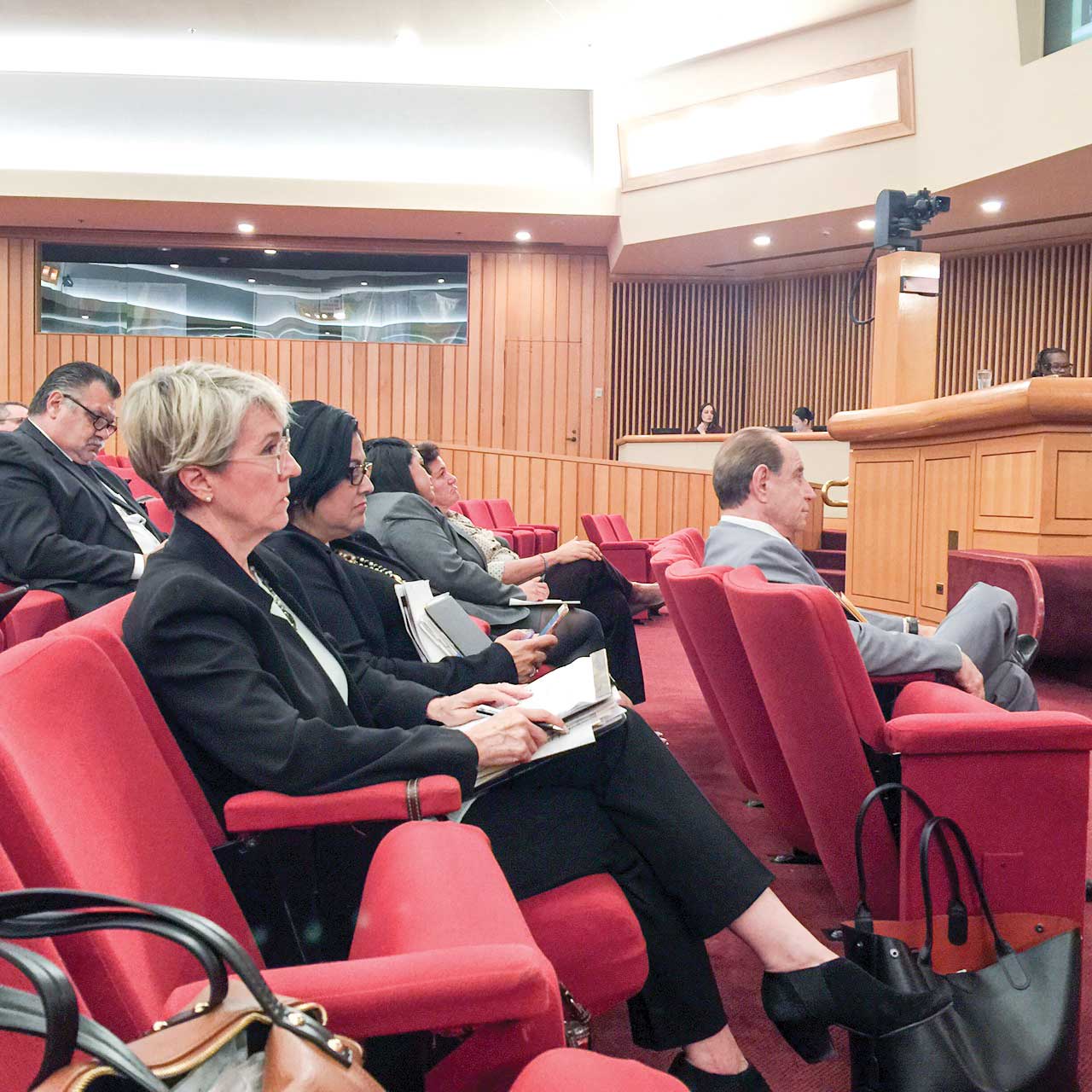 Voters won’t approve a bond issue to finance a new civil courthouse for Miami-Dade, officials agree, so other funding methods will be necessary to replace a building with $73 million in unfunded projects.
That’s the estimate of necessary work through 2025 on the current courthouse built in 1925, said Internal Services Department Director Tara Smith at the County Commission Chair’s Policy Council Committee meeting last week. For façade work, $25 million has already been invested, she said, and there’s other work to be completed for certification in 2020 that totals about $39 million.
No source of funding has yet been identified for the aging building at 73 W Flagler St. Two task forces have agreed the civil courthouse needs substantial repairs and is no longer able to serve the county’s needs, said stakeholders during the Feb. 9 meeting.
Due to its age and the growth of the criminal justice system, the county must replace the civil courthouse, said Chief Judge Bertila Soto. The task forces found that using one building is better than splitting up the courthouse, and that the facility must be 600,000 square feet, located downtown and near public transportation.
Consultants have been hired to explore whether a public-private partnership is viable and take into account that the Miami-Dade County Corrections and Rehabilitation Department operates six correctional facilities in a complex of buildings across the county, certain conditions of which have been found by the US Department of Justice to violate the rights of inmates.
Another consultant the county hired a few years ago is putting the finishing touches on the master plan update on the operational needs of the civil courthouse, providing the most current information to accompany the comprehensive master plan developed in 2008.
At the same time, various stakeholders have been meeting and discussing possible locations for the new civil courthouse. To date, Ms. Smith said, it seems best to look at county-owned properties, given that there’s no dedicated funding as yet for construction.
The locations task force members and stakeholders have identified are:
■The Miami-Dade County Courthouse.
■The West Flagler building.
■The Cultural Center.
■The Cultural Center garage and office building
■Stephen Clark Center land on the west side.
■Stephen Clark Center land on the north side.
■Downtown motor pool and lot.
■The Hickman garage.
■The Hickman building.
■Surface lot of the Children’s Courthouse.
■Overtown Lot #45.
When the task force next meets, the Downtown Development Authority will be invited, said Commissioner Sally Heyman. “We want to find out what’s at play for all the stakeholders,” she said. “We will then come back with a report, possibly for our full commission meeting in April, and report on the findings.”