Advertisement
The Newspaper for the Future of Miami
Connect with us:
Front Page » Profile » Ernie Cambo: Halfway in developing Opa-locka Executive Airport 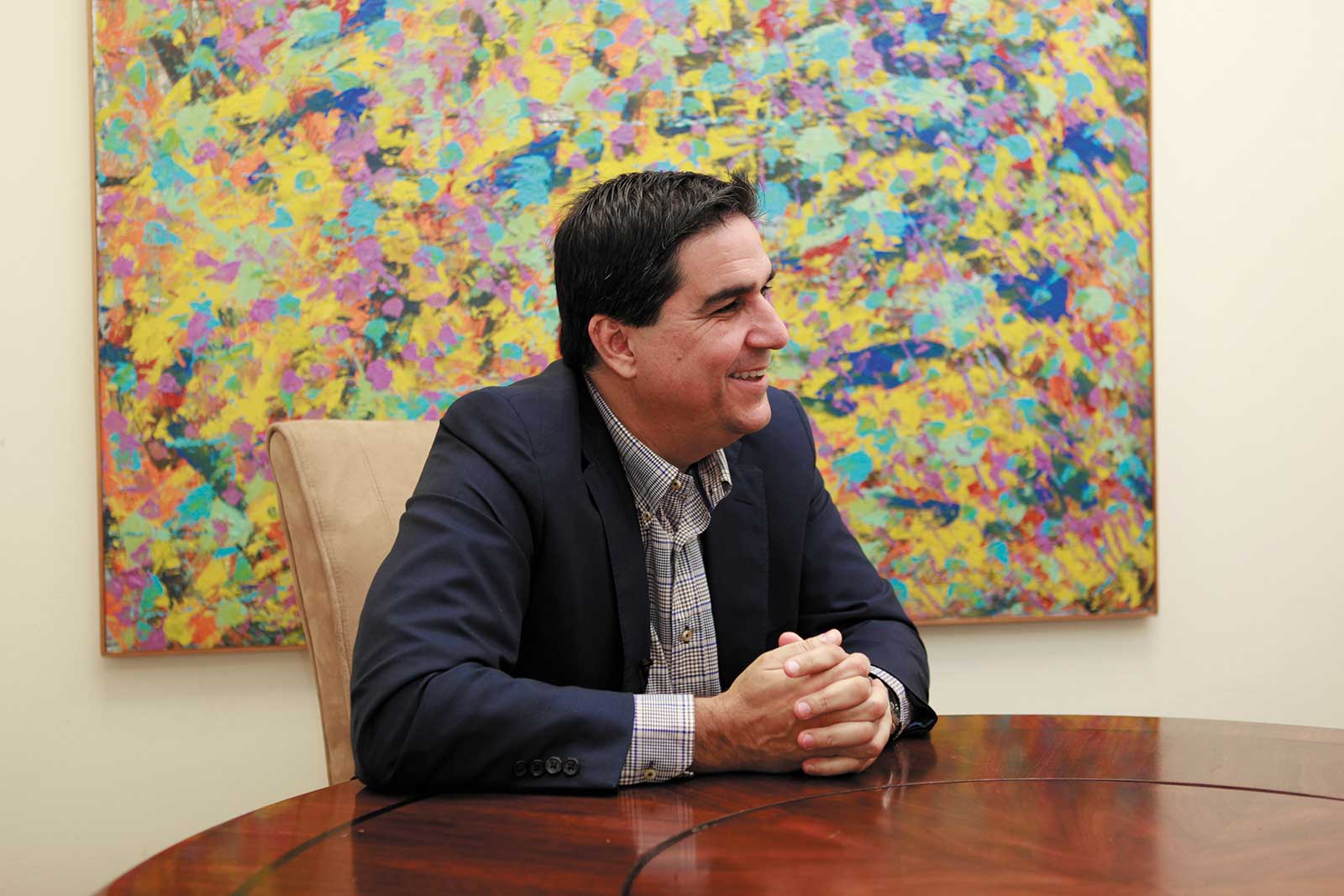 Real estate development is in Ernie Cambo’s blood. As a child, while riding his bicycle, he’d pick out spots and say to himself that’s where a McDonald’s or Starbucks would fit in well.

His family has been involved in the industry for years and discussed deals at the dinner table. After graduating from college with a degree in sports science, Mr. Cambo went to work with his brother at his full-service brokerage firm. While there, he moved from being a broker toward land subordinations and joint ventures. The firm had expertise in industrial transactions so Mr. Cambo said it was the next step for him to migrate from the land joint ventures into a principal and develop warehouses from the ground up.

Today, he heads cpf Investment Group and has spent about a decade working on AVE Aviation and Commerce Center. Located on 178 acres on the west side of Opa-locka Executive Airport, the center is slated for 2.5 million square feet of retail industrial aviation-related warehouse and aeronautical facilities.

So far, Mr. Cambo’s project has about a million square feet completed. There’s another million to go and he estimates completion in the next three to four years.

Mr. Cambo picked the airport because he said it was a unique environment where two large runways were adjacent to two major highways. OPF is home to an 8,000- and a 7,600-linear-foot runway capable of landing the largest planes in the market. This, he said, coupled with the highway system, State Road 924 (Gratigny Expressway), which extends to I-75 and the 826 expressway, makes for a strategic distribution point for goods, services and people to be transported throughout the region and the Americas.

The project takes most of his time, but Mr. Cambo finds the hours that he devotes to his family and nonprofit work for AVE-EDTF, which allocates 1% of AVE Aviation and Commerce Center’s profits to charities such as Habitat for Humanity, Living Hope Haiti and Safe Space; and another he’s involved with called Miami East Side Sports, an inner-city travel basketball organization out of a renovated warehouse in Little River.

Mr. Cambo believes we’re here to make the world a better place. For his projects, he interacts with businesses and helps them plan to occupy the space. It’s not just about taking rent, he said, but also being a strategic advisor to help the businesses be sustainable and move forward in the right direction.

As a developer, Mr. Cambo said it’s his responsibility to leave an area better than he found it. He said it’s important to improve the infrastructure and, if possible, the green space as well.