Advertisement
The Newspaper for the Future of Miami
Connect with us:
Front Page » Transportation » Funds fuel passenger rail link for Tri-Rail into downtown Miami 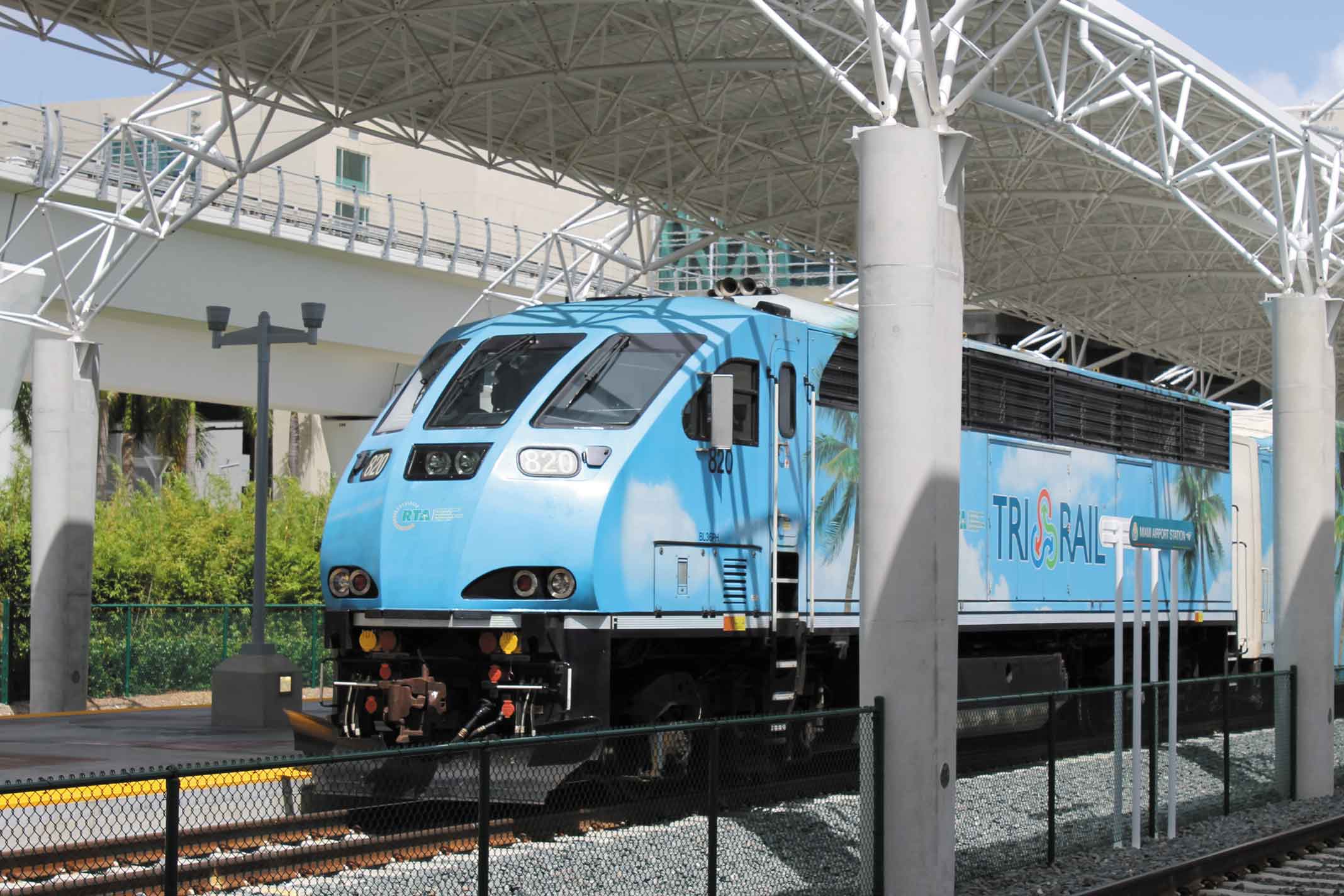 City leaders have followed through on part a financial commitment to help establish a passenger rail link for Tri-Rail into downtown Miami.

Plans call for Tri-Rail to have a place inside the new MiamiCentral station from All Aboard Florida, now under construction paralleling Northwest First Avenue.

The station will serve as a major transportation hub and be home to Brightline, a privately-run passenger rail service from here to Orlando, to debut later this year.

City commissioners on Jan. 12 declared the city’s intent to issue tax-exempt or taxable special purpose improvement bonds, or both, in the expected total of $18 million to reimburse itself for funds it advanced for expenses of public governmental capital improvements at MiamiCentral.

This is part of an agreement among the city, the Southeast Overtown/Park West Community Redevelopment Agency (CRA) and the South Florida Regional Transportation Authority, which manages Tri-Rail.

Miami city commissioners sit as a board of directors for the community redevelopment agencies in the city, with each CRA having its own annual budget.

The Nov. 28, 2016, agreement says the anticipated total costs to bring the Tri-Rail link into the new station is $50.4 million. Earlier estimates had pegged the total at about $70 million.

The agreement notes that to assist in the Tri-Rail Downtown Miami Link Project, the CRA, the city and the transportation authority wish to facilitate reimbursement to the authority of design and construction costs for additional platform improvements to the MiamiCentral station.

The related governmental capital improvements will consist of: a 62,000-square-foot passenger platform and associated trackage for Tri-Rail commuter trains; a mezzanine level consisting of columns and related structures that support the Tri-Rail platform and associated trackage; and “only the shared MiamiCentral Station capital project elements including… portions of elevators, escalators, support spaces, and storage areas …”

According to the transportation authority, others agreeing to help pay for bringing the Tri-Rail link into downtown Miami include Miami-Dade County, the City of Miami, the Omni/Midtown Community Redevelopment Agency, Miami’s Downtown Development Authority, Bayfront Park Management Trust, All Aboard Florida and the state.

The massive steel and concrete transportation facility, MiamiCentral, continues to rise on the footprint of the city’s former train station, just north of the county’s government center tower.

The new rail station is being integrated with the Miami-Dade County Metrorail and Metromover systems and is being considered a major transit hub for the city, with connections to buses, trolleys, taxis and more.

MiamiCentral is also bringing together a mix of retail and offices.

Jack Stephens, transportation authority executive director, in his recent report focusing on the year ahead, spoke of the cooperation and partnership that is bringing more transit options to Miami.

“The most exciting development on the horizon is a partnership with All Aboard Florida (AAF) that will provide a one-seat ride into downtown Miami. Construction of the new MiamiCentral station is well under way and is anticipated to be completed in mid to late 2017,” said Mr. Stephens.

“Once completed and Brightline begins operation, as AAF has named its service, we will be able to transport our passengers directly into downtown Miami. The new station will eventually serve as the southern-most terminus of Tri-Rail Coastal Link, a new service that is proposed to operate on the FEC corridor through the downtowns of South Florida’s coastal cities,” he said.

All Aboard Florida, owned by Florida East Coast Railway, offered the regional transportation authority the opportunity to run tracks and Tri-Rail trains into the vast station it’s building downtown.