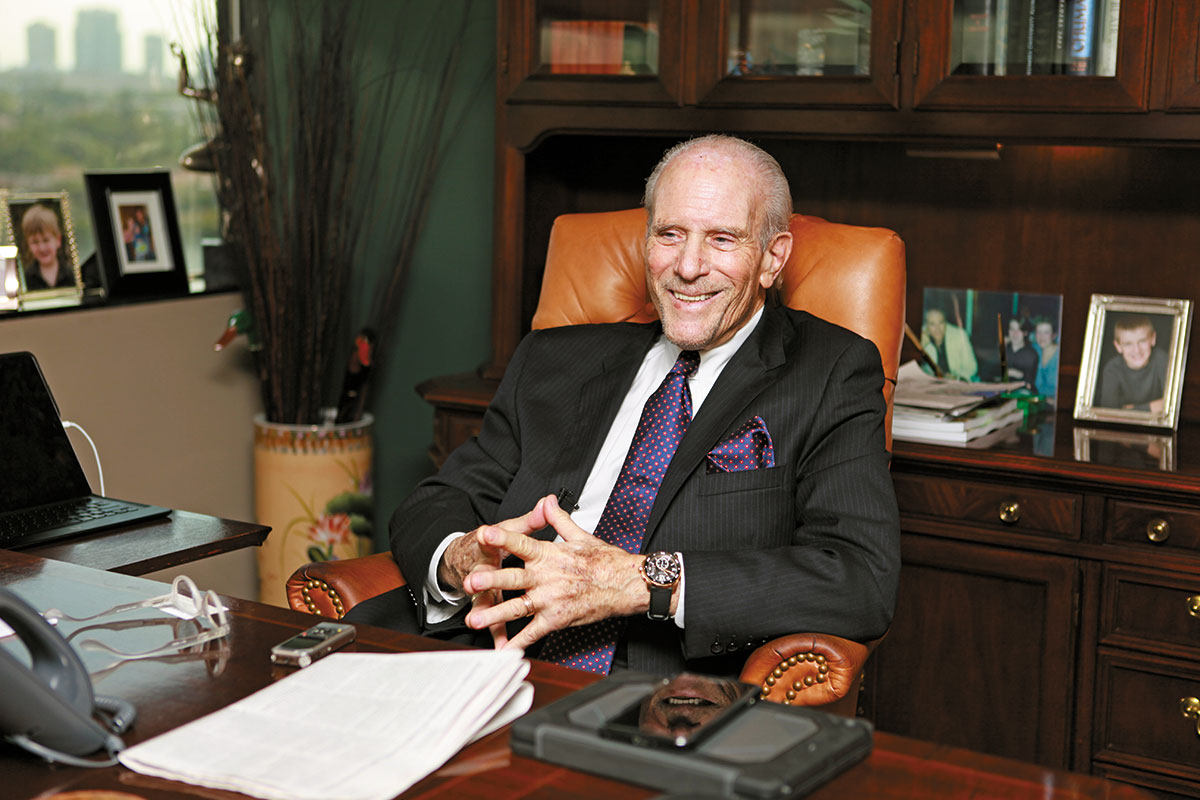 Stuart Meyers began his professional life as a CPA/auditor with Price Waterhouse in the Northeast but had fallen in love with Miami when he started visiting at age 10.

So after a 12-year career in corporate mergers and acquisitions with such major companies as ITT Corp., RCA, Kraft Inc. and United Brands, the moment an opportunity arose to relocate to Florida, Mr. Meyers grabbed it. He completed a leveraged buyout of a Fort Lauderdale optical firm in 1982 and moved to Florida to manage it.

Mr. Meyers next worked for The Related Companies beginning in 1985, initially as senior vice president and chief financial officer for its Florida operations and then as executive vice president for subsidized affordable housing development.

He then started his own company, Cornerstone Group, which had its foundations in affordable, tax-credit-financed multi-family housing, then grew to include luxury, market-rate rentals and eventually to high-rise condominiums and townhomes due to the demand in South Florida.

In April 2015 he founded the Meyers Group, a fully integrated multi-family and mixed-use real estate development and management firm headquartered in Coral Gables, where Mr. Meyers serves as chairman and CEO.

The Meyers Group has several projects underway including the Central, a downtown Miami market-rate luxury rental apartment project at Northwest Sixth Street and Second Avenue immediately across the street from All Aboard Florida’s MiamiCentral project where the developer plans to complete a 300-unit, 22-story high-rise rental property by 2019.

The Meyers Group also has an office and operates in El Paso, Texas, where it bought the historic 100-year-old Camino Real hotel in October and plans to begin a complete renovation of the 356-room property reverting to its original name, Hotel Paso Del Norte, under the Marriott Autograph flag this spring.

Mr. Meyers firmly believes that real estate developers have a unique responsibility to the communities in which they operate and invest because they leave a long-term footprint. He said they are obligated to produce properties that reflect the spirit and values of that particular community along with its hopes for a bright future as well as success in its intended use.

Miami Today reporter Susan Danseyar interviewed Mr. Meyers in his Coral Gables office, surrounded by photos of his family and projects, including the historic hotel in El Paso.