Advertisement
The Newspaper for the Future of Miami
Connect with us:
Front Page » Transportation » Interactive touch screen kiosks with free WiFi on transit agenda 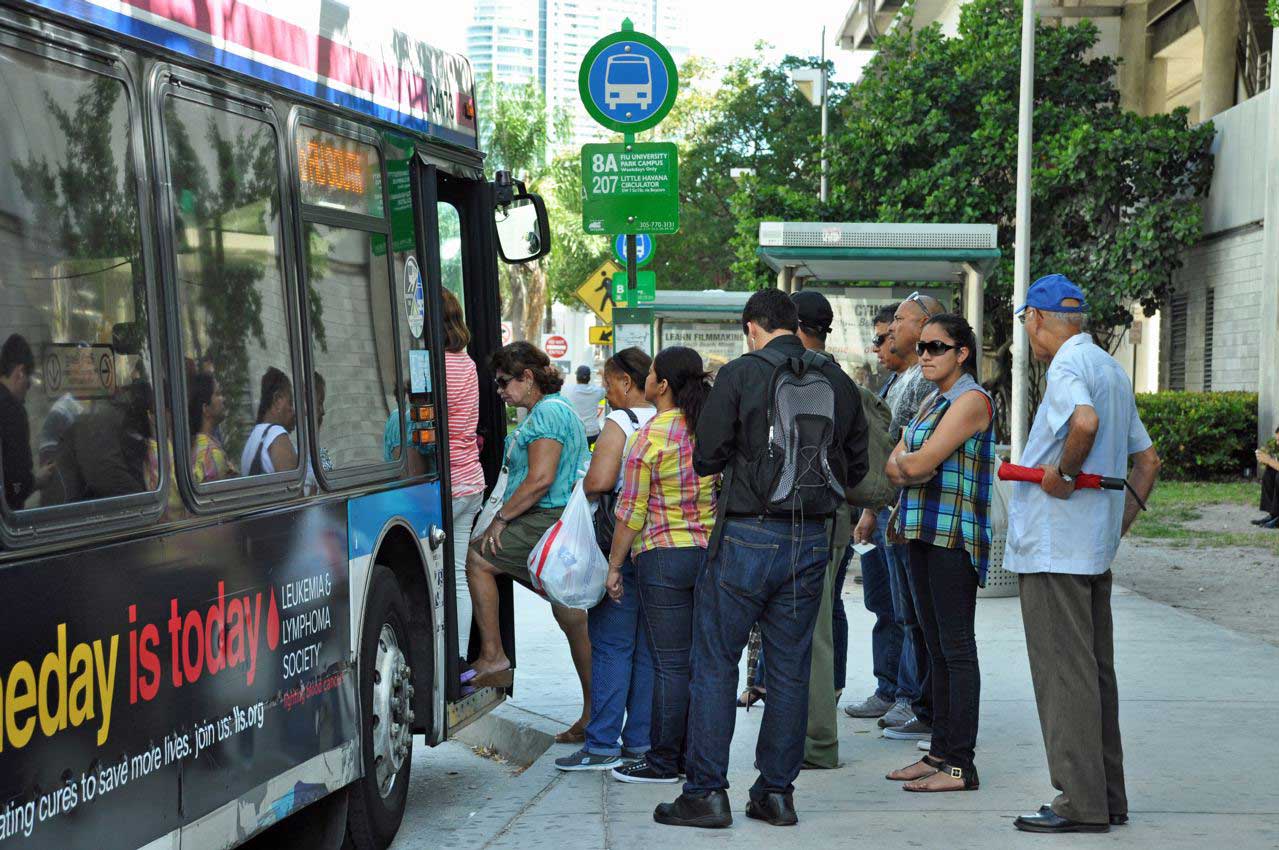 From 150 to 300 interactive touch screen kiosks with free WiFi, informational alerts and video surveillance cameras could soon be operating at Miami-Dade County facilities including Miami International Airport and the Port of Miami.

County commissioners are being asked to approve a contract that would have a Massachusetts company install and run the kiosks at no cost to the county, which would get a rising share of gross revenue from kiosk advertising.

The proposed deal with CIVIQ Smartscapes LLC has already cleared the county’s Transit and Mobility Services Committee but was bounced off the commission agenda in late December because it was brought up too late.

In addition to the kiosks, the company would provide 1,099 WiFi devices with free service on all Metrobus, Metrorail and Metrorail vehicles and 51 devices to provide free WiFi at all Metromover and Metrorail stations.

The kiosk equipment, said Alice Bravo, county transit and public works director, will include transit routes, interactive transit schedules and the ability to tap a button and call in. Free WiFi, she said, will extend 200 feet from each kiosk.

The 15-year deal with two five-year renewal options would save the county $2.1 million in cellular charges plus $6 million in the first 15 years, Deputy Mayor Edward Marquez wrote to commissioners, plus a sliding scale of revenue sharing. The county would get 3% of revenues the first six years, 4% the second six, then 5% through the 17th year.

The measure asks commissioners to waive the county prohibition on advertising of alcohol. The memo says that the ban is already waived on buses, Metromover, Metrorail, and bus benches and shelters.

The memo says CIVIQ’s initial investment would be $20 million. The company is based in Milford, MA. The county lists John Anselmi as principal, though a June announcement listed him as joining CIVIQ as chief financial officer.

County commissioners, mindful of past transit communication deals gone awry, questioned transit officials at the Transit and Mobility Services Committee about details of the contract.

Their main concern seemed to be whether the county would have to repay CIVIQ for its capital investment if either the company pulls out or the county cancels the contract for failure to perform. They were assured repeatedly that if the company leaves voluntarily the county will not be forced to buy the equipment, but may do so.

How long would it take to get the free WiFi operating on buses? Commissioner Dennis Moss asked. He was assured that most buses would have it within six months of a final deal.

After hearing the details, Mr. Moss asked transit officials, “We constantly go through this… Is this a realistic plan or pie in the sky? Are you comfortable with the business terms of this particular deal?” He was told the deal is solid.

Commissioners Barbara Jordan, Bruno Barreiro and Jose “Pepe” Diaz asked about upgrades and were told the company is responsible for upgrading at its cost the electronics on the kiosks every six years.

“I hope it works,” said committee chair and new commission chair Esteban Bovo Jr. “It should work, and that’s where everything is evolving.”