Advertisement
The Newspaper for the Future of Miami
Connect with us:
Front Page » Education » Flight training centers around Miami International Airport lure thousands 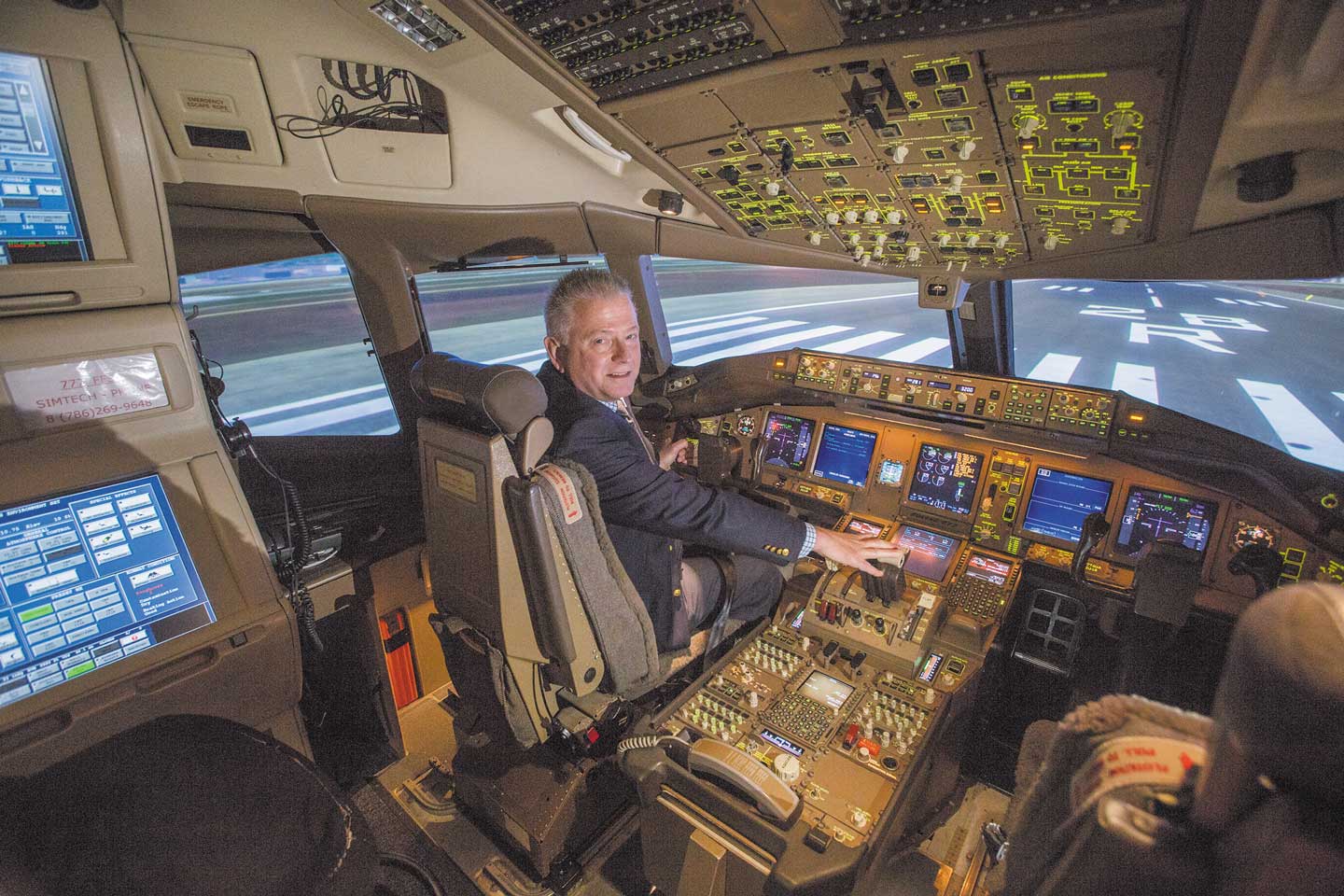 Flight training centers around Miami International Airport bring thousands of pilots, mechanics and engineers to the area every month, airline officials say, with a local economic impact of millions of dollars.

Boeing Co., a multinational aircraft designer headquartered in Seattle, in 2000 built a new Miami Campus building on Northwest 36th Street that houses 17 full-flight simulators, says Campus Manager Marty Schaaf, with the capability of expanding to 20. When the company opted to consolidate its North American simulator operations – then split between Seattle and Miami – in 2013, he says, Miami seemed the obvious location.

“Our customers like Miami,” Mr. Schaaf says. “It’s convenient to get anywhere in the world from MIA, especially for our Latin and South American customers. And we got a lot of great support from the Beacon Council.”

In addition to pilots, Boeing trains mechanics and engineers on composite repair and the maintenance of new models, he says. The Boeing 777X series now under development, for example, will feature composite wings.

Although Boeing anticipated the Miami training center would serve 3,500 to 5,000 customers annually, Mr. Schaaf says it’s now bringing in 10,000 to 12,000 a year, accounting for upwards of 80,000 hotel room-nights each year. To accommodate some of them, he says, a new 350-room Candlewood Suites hotel is under construction just down the street.

He estimates the economic impact – including lodging, car rentals, meals, tourism, gift purchases and the like – at $15 million to $20 million locally and around $1 billion statewide.

Airbus, a multinational manufacturer of civil aircraft headquartered in Toulouse, France, opened its only US training center on Northwest 36th Street some years ago to serve customers from all over the Americas, says Capt. Joe Houghton, Airbus vice president of training and flight operations.

“Miami,” he says, “is perfectly situated between the Americas and is a hub of commerce. A few years ago we re-validated that decision. We looked at all major cities, and Miami was still the right place for us.”

Airbus Training Center’s customers include pilots and maintenance teams employed by “all major airlines, new low-cost carriers and startups,” Capt. Houghton says. “We like to think of ourselves as the graduate level, with private companies as the universities.” Currently, he says, “we’re training the world on the A350, the latest aircraft in the world, along with the A330neo.”

The custom-designed facility, Capt. Houghton says, has seven full-flight simulators. About 1,600 customers spend an average of 12 days each year at the training center, he says, “and we estimate they account for well over 20,000 hotel room-nights here. With other expenses while they are here, the economic impact is about $6 million.”

Both Boeing and Airbus are actively engaged in community outreach, working with local schools – in particular George T. Baker Aviation Technical College – as well as local charities and institutions.

Mr. Schaaf says Boeing is involved with the Society of Hispanic Professional Engineers at FIU. His company has also given a grant to the Adrienne Arts Center for the Performing Arts for a project called Kitty Hawk, in which seventh graders from all over the county collaborate with a playwright and producers to create a musical about the Wright brothers and the history of flight. It’s said to be among the first musicals to take its inspiration from STEAM, the national education initiative centering on careers in science, technology, engineering, the arts and mathematics.

Aviation is poised to be a major provider of some of those careers.

“We have done some outreach in local schools,” Capt. Houghton says. “We bring civilians in to see the simulators and show them the latest technology, because there’s going to be a need going forward – and also because aviation is our passion.”

According to its website, PanAm International Flight Academy operates three training centers in the area. Representatives did not respond to requests for information.