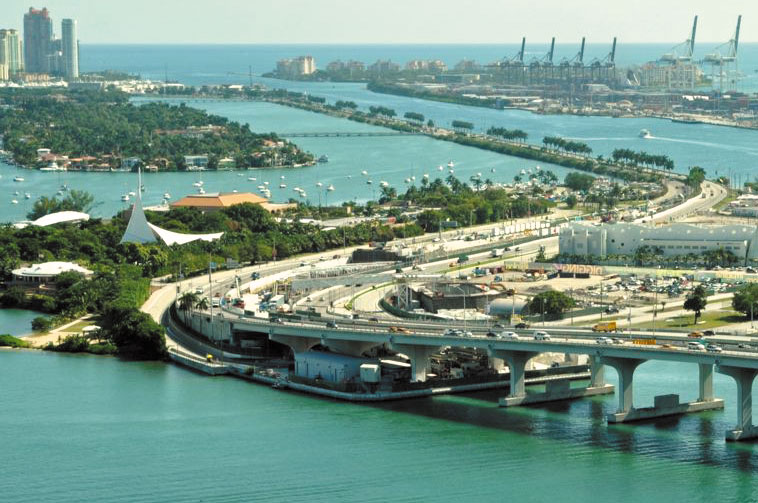 The company set to take over the lease of Jungle Island plans investments and improvements to turn the tropical attraction into a new and improved all-day adventure.
ESJ Capital Partners LLC plans to enhance the facility on Watson Island by adding a zipline, water features and more dining and entertainment options.
“We really want to see how we can improve the experience,” Chief Operating Officer Elie Mimoun told Miami Today this week.
“It’s going to be a nice experience and we hope the residents appreciate what we’re trying to do,” he said.
The City of Miami owns the property and leases the 18-acre site.
Formerly known as Parrot Jungle, Jungle Island officially opened its $47 million facility on Watson Island in June 2003.
The venue includes tropical gardens, exotic animals, educational exhibits and shows. The park also features the Treetop Ballroom and other meeting facilities that overlook PortMiami.
The Miami City Commission approved a deal Nov. 17 that terminates a lease and development agreement between the city and Parrot Jungle and Gardens of Watson Island Inc. and PJG Watson Island LLC and transfers the lease to ESJ J.I. Leasehold LLC.
The lease transfer also requires approval by Miami-Dade County and the US Department of Housing and Urban Development.
Attorney Alex Tachmes, representing ESJ, said the matter should come before county commissioners in January.
Mr. Mimoun said the company is hoping to have the ground lease in hand by the end of March, after which phase one of the improvement plan can begin.
Mr. Tachmes told city commissioners the Aventura-based company plans a $10 million investment initially.
Jungle Island has billed itself as an intimate attraction, enriching the lives of park visitors through immersive experiences centered on adventure, animals, discovery and play.
“We really want to see how we can improve the experience,” said Mr. Mimoun.
“First and foremost we’re going to improve the appearance of Jungle Island with new signage and a new opening experience,” he said. Changes are to include a new traffic pattern and improvements to the parking lot.
“It will be a new welcoming experience,” he said.
ESJ plans to incorporate some items the previous leaseholder had in the works, including a zipline ride. The application for a building permit for the zipline is under review by city officials.
“Once we get building permit approval we’ll break ground first thing out of the gate,” Mr. Mimoun said.
For the younger visitors, the company plans to add splash pads for kids and an obstacle course, and revamp the Kids Club.
For adult visitors and teens, ESJ plans to work with Crystal Lagoons to build a large water park or swimming lagoon for water sports and recreational activities, offering beach chairs, umbrellas and private cabanas.
Mr. Mimoun said the company wants to emphasize an environmentally-friendly facility and it will strive for LEED certification.
Improvements are to include water conservation methods and the use of solar power, he said.
He said they plan to reopen the Beach Club and offer morning sporting activities including yoga, exercise, paddleboarding and more.
Food and beverages for the morning crowd are to include healthy drinks.
Phase one is expected to take about 18 to 24 months, he said.
Mr. Tachmes said the improvements are targeted to increase attendance.
“The whole idea is to drive more visitors to the park,” he said. “The other objective it to make it much more interesting than now – a place where you can spend all day rather than just a few hours.”
Mr. Mimoun said the plan is to keep most of the animals, offer a better variety of experiences with the animals and make it more of a learning experience and “much more fun.”
The company will continue to maintain the banquet facility, meeting and conference rooms, along with improved food and beverage options, said Mr. Tachmes.
Phase two is to include construction of a lazy river and a water slide, Mr. Mimoun said.
ESJ also plans to add dockage and offer boat rentals, he said.
The reopened Beach Club will see even more improvements, he said, with the addition of a bar and restaurant with musical entertainment, offering an afternoon and evening beach club experience catering to adults.
Mr. Tachmes said an interesting feature of the Beach Club is that the area has a separate entrance from the general park, which will be more fully developed and made more attractive.
Much of the infrastructure is already in place, he said, it just needs improving.
“The bones are there. It just takes a company like ESJ to invest into it, turn it around and drive the revenue. The location is amazing – it just needs investment to make it peak,” Mr. Tachmes said.
“Our vision is to take Jungle Island, which is semi-dormant, and raising it to everyone’s appreciation,” said Mr. Mimoun.
He said the goal is to make Jungle Island a much desired destination for residents and visitors alike.
Mr. Tachmes said working with the city has been excellent. Commissioner Ken Russell and Mayor Tomás Regalado have been very supportive, he said.
“Absolutely, they’ve been nothing but helpful and open and supportive,” said Mr. Mimoun of city officials.
“We’re really optimistic about moving forward,” said Mr. Tachmes.
Commissioner Russell, whose district includes the man-made island, told his colleagues in November that he was assured no hotel is currently planned.
Mr. Mimoun confirmed it. He said he told Mr. Russell that to build a hotel today makes no sense. He said his company doesn’t want to lose money.
“We’d rather invest in the park, enhancing it and raising it to the level where it should be and making it so the city is proud of it,” Mr. Mimoun said, and then perhaps return to city leaders and ask for permission to pursue a hotel.
The city attorney’s office has said that a proposed hotel would require approval from city voters, along with an OK from city commissioners.