Advertisement
The Newspaper for the Future of Miami
Connect with us:
Front Page » Transportation » State nears new I-395 signature bridge downtown 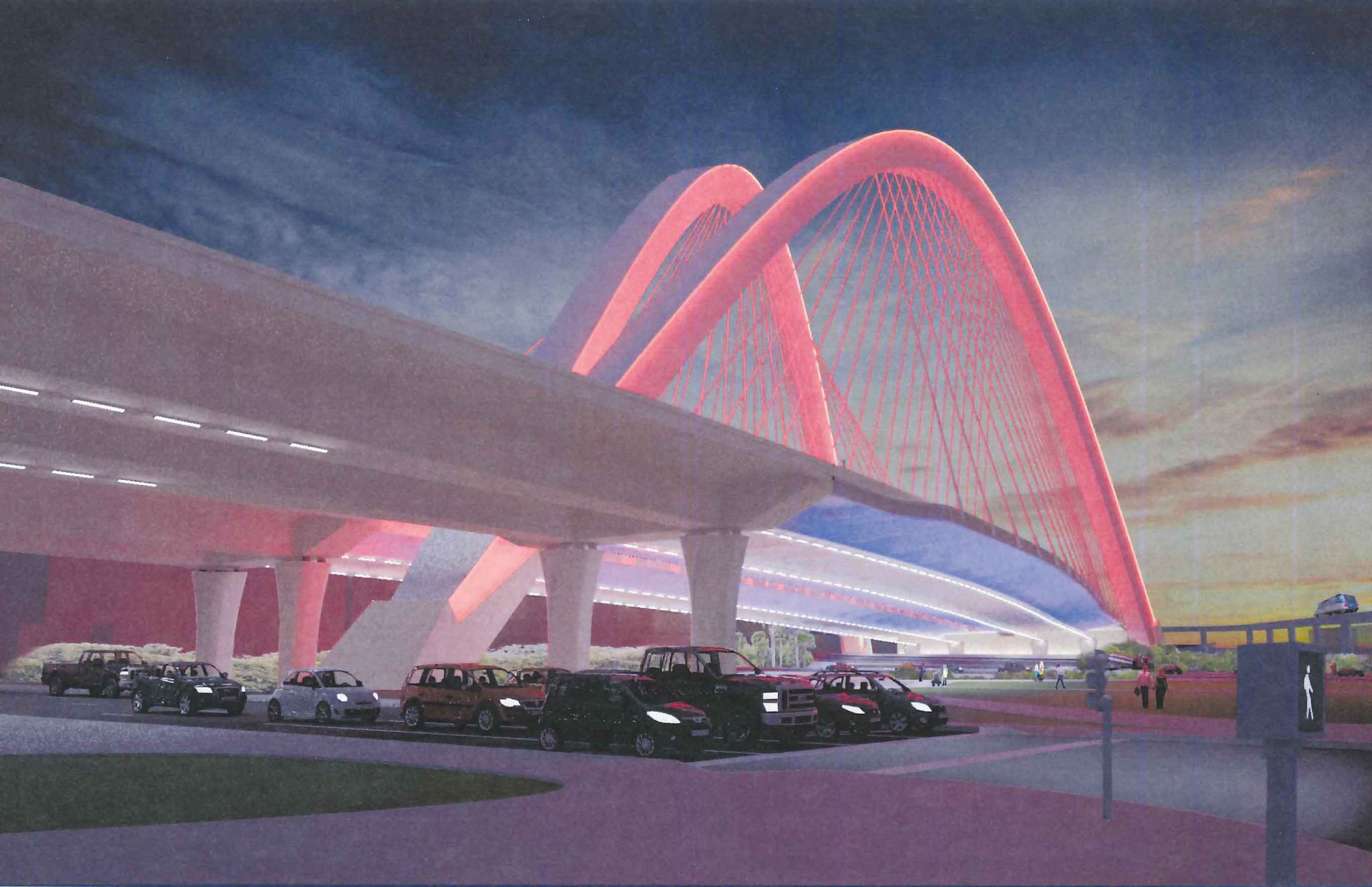 The state transportation department is closer than ever to final plans to improve I-395 and build a new signature bridge spanning Biscayne Boulevard in downtown Miami.

If the current timetable unfolds without unexpected detours, work on the massive project should begin within 12 months.

That’s the word from the Florida Department of Transportation.

Five firms approved by the state to enter the final phase of the procurement process are currently preparing final details of price proposals. A bid opening is set for spring.

A public meeting to announce technical scores and open price proposals is scheduled for April 10, Maria I. Perdomo of the transportation department said this week. She is project manager for the I-395 revamp.

The project, which includes improvements to I-95 and 836, has an estimated cost of $800 million and will be accomplished through a team effort.

Ms. Perdomo identified the five joint ventures that passed the pass/fail phase of the Aesthetic Signature Bridge Proposal as:

In February, when the transportation department requested proposals concerning procurement for the I-395 / SR 836 / I-95 Reconstruction Project, state officials said they were requesting proposals from design/build firms.

The state is seeking a qualified firm that is experienced in the reconstruction of roadways and bridges and “must have proven ability to deliver a reconstruction project of this magnitude.” The five design/build firms were short-listed this fall.

The bulk of the project is to rebuild 1.4 miles of I-395 from the I-95/Midtown interchange to the west channel bridge of the MacArthur Causeway in Miami.

The freeway to be rebuilt is part of State Road 836, known as the Dolphin Expressway. The portion between I-95 and the causeway is designated as I-395 and takes traffic to and from Watson Island and Miami Beach.

The total project consists of four components: the I-395 reconstruction; improvements to Miami-Dade Expressway Authority’s SR 83611; I-95 pavement reconstruction; and the westbound connector.

The project involves rebuilding the I-395 corridor to increase capacity and improve safety by eliminating geometric and operational deficiencies.

New elevated ramps, one for each of the east and west directions, will provide a direct link between I-95 and I-395.

The project includes building a signature bridge over Biscayne Boulevard and enhancing streetscape design under the bridge.

Main goals include creating a visually appealing bridge, and building higher structures that will improve visual quality, allowing for multiple activities underneath the bridge.

Other improvements include updating the alignment and surface streets; roadway and aesthetic lighting; drainage improvements; Intelligent Transportation System (ITS) elements; bicycle and pedestrian improvements; and improving the area underneath the expressway by providing pedestrian pathways and common activity areas.

All of the work is to be completed in five years, according to the state.