Advertisement
The Newspaper for the Future of Miami
Connect with us:
Front Page » Real Estate » Adjacent lots in Miami’s Edgewater to yield yet another tower

Adjacent lots in Miami’s Edgewater to yield yet another tower 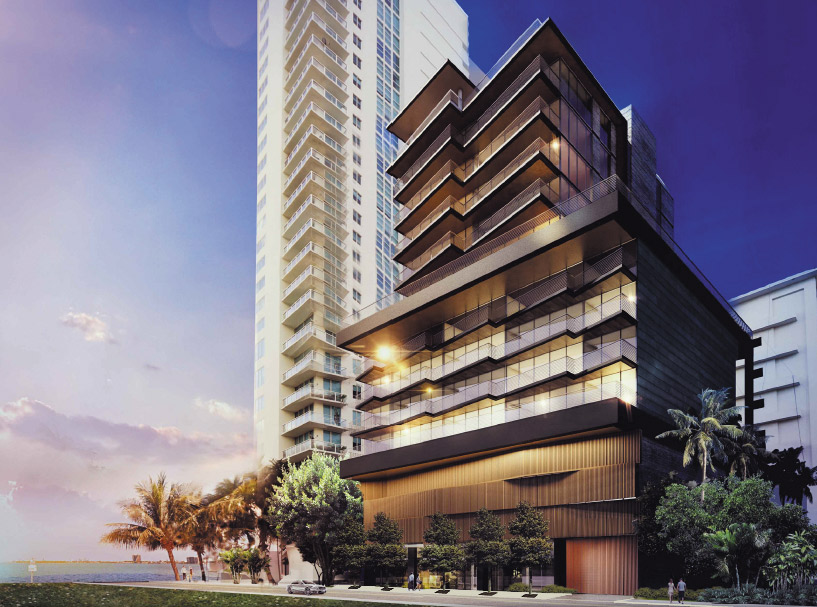 The project is designed at 13 stories, providing 34 residential units, about 800 square feet of ground floor commercial space, and parking for 47 vehicles on the first four floors.

The city’s Urban Development Review Board recommended approval of the project with a condition to work with the planning department in reevaluating the proposed façade screening.

“It is an excellent example of how a small development can be successful in Edgewater,” said attorney Mario Garcia-Serra, representing the developer.

The proposed height is 146 feet, 2 inches. Adjacent and to the east is Onyx on The Bay, a 27-story condo built about 10 years ago.

In a letter to the city Mr. Garcia-Serra said the Ellipsis “will be an exciting new addition at a very agreeable scale, that will contribute towards the great transformation taking place in Edgewater.”

The site has frontage on 26th Street on the block between Biscayne Boulevard and Biscayne Bay. The project involves demolishing two single-family residences to clear the way for the new structure.

The developer is requesting several waivers, due in part to the property’s relatively small size and dimensions, according to Mr. Garcia-Serra.

Some of the waivers include reduction in rear and side setbacks above the eighth floor; loading and service entries from principal frontage; parking allowed in the second layer; reduction in parking by 30%; reduced driveway width; and an increase in lot coverage from 80% to 88%.

Regarding the reduced parking, Mr. Garcia-Serra wrote that the location allows pedestrian-oriented living, especially considering that walking by the building’s residents is made possible by the project’s setting in an urban location with a variety of mixed uses nearby.

He told the board that artistic screening materials will cover the parking podium.

Architect Kobi Karp presented details of the planned building, which he noted will be one building away from the bay and will have a nice vista to the water.

He said the developer saw the site as good for a small boutique building offering luxury residential units.

“I like the building,” said board member Jesus A. Permuy, but added he’s concerned with the “intensity of development” and the number of requested waivers in order to make the project work on the smaller site.

“What happens if we have 10 buildings like this right next to each other?” asked Mr. Permuy.

In regard to the small site, he said the architect did a good job and he called the building attractive.

But he called the site “claustrophobic, to say the least,” and he voiced concern about setting a precedent with the number of waivers.

Mr. Garcia-Serra argued in favor of the project, saying the waivers are justified for this site.

Board member Neil Hall said he too was concerned about the number of waivers, “but I recognize the importance of infill.”

Mr. Hall said, “Aesthetically … it will be very nice in that area.”

While it was Mr. Hall who moved to recommend approval, he voiced some concern about development in Edgewater and its impact on traffic.

In comments directed to planning department staff, Mr. Hall said, “We should really look at that area with a jaundiced eye … it’s incumbent upon us to recognize development impact.”

Mr. Hall said it’s important for the staff and the board to encourage projects that make it easier for pedestrians and vehicles to get around.

Planner Joseph Eisenberg responded that the staff does try to be sensitive to the idea of greater mobility and cross-block connectivity.

He said the state transportation department is doing a traffic study in that area focusing on intersections.