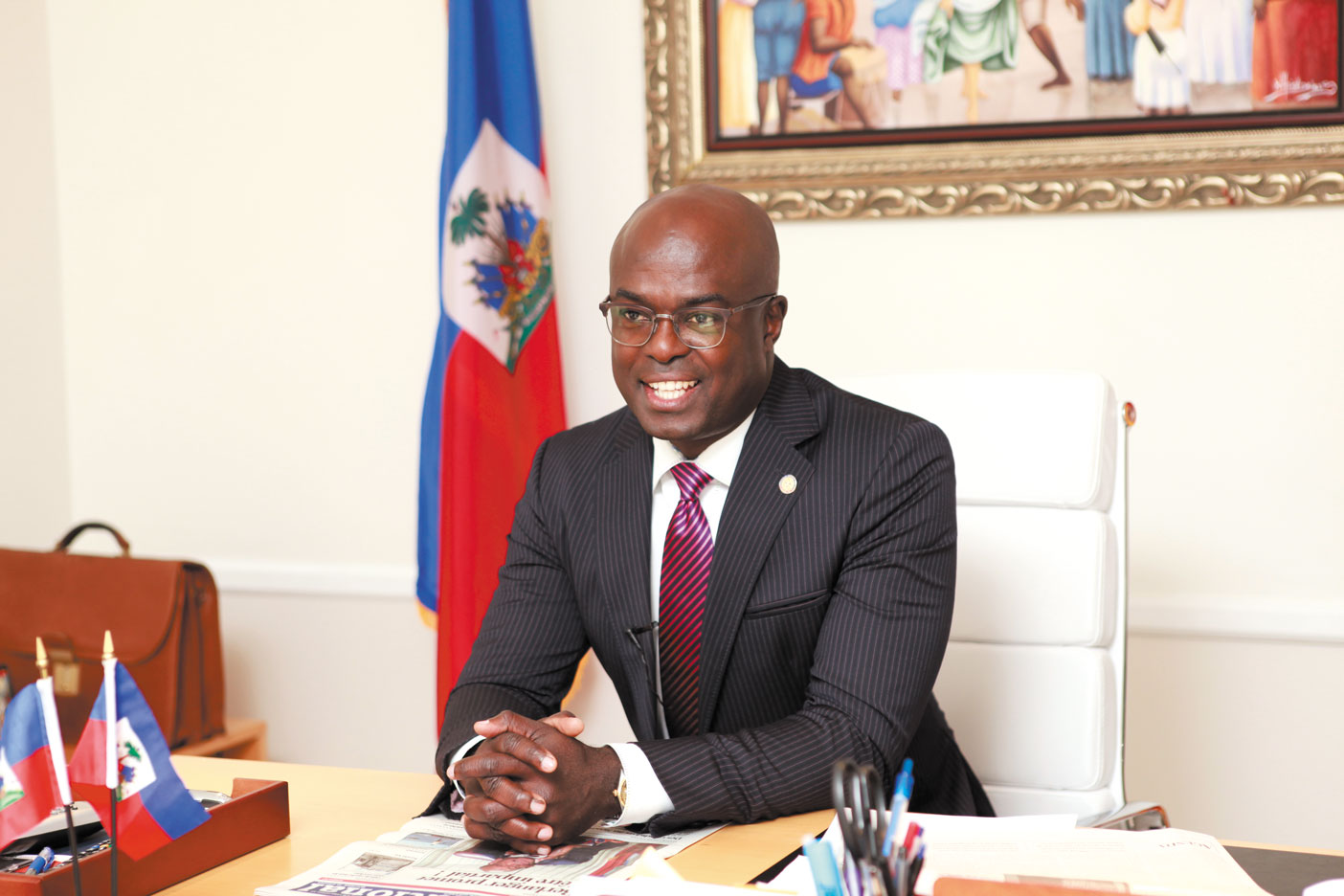 In 1991, Gandy Thomas took the first step towards what would become a successful career in diplomacy when he joined Haiti’s Ministry of Foreign Affairs. However, even since elementary school, he said, the people in his life had some inkling that diplomacy was his calling. He even recalls a conversation with a colleague early in his career when he was told he was a “natural diplomat.”

Though he only touched down in Miami a few months ago, he’s hit the ground running, already having met with major community leaders and worked to establish programs to help local Haitians who cannot read or write, as well as an advocacy service.

Mr. Thomas’ career has taken him around the world as he worked in the Haitian Embassies in Chile, Cuba, Colombia and Venezuela. He landed in Florida in 2008, when he was positioned at the Consulate General of Haiti in Orlando to work on establishing a Consulate General in Atlanta.

He did just that in 2010 and was announced as Haiti’s first consul general in Atlanta. He took up office and began the job of establishing Haiti’s first new consulate in the Southeast.

While at his most recent post in Atlanta, Mr. Thomas coined the term “Haiti is open for business,” a mantra that he still carries with him today.

Haiti is a small island, Mr. Thomas said, smaller than some US states. Investors’ continued interest in the island and willingness to stand by it through good and bad is a good sign, he feels, for the future of the country.

Mr. Thomas does not shy away from acknowledging that he has hurdles to overcome in order to make the positive change for Haitians living both in the US and on the island that he’s outlined in his master plan. He also recognizes that his work is more difficult than that of his colleagues at other consulates who are trying to market destinations, like Paris, that people have already bought into.

His vision for Haiti is an independent country that relies less on non-governmental organizations or works in conjunction with them to help the people create and support their own ways of life. He equates this to the Bible quote that says do not give a man fish, but instead teach him how to fish.

When he’s not in the office, out networking or working to make his family feel at home, Mr. Thomas enjoys a good round of golf or a good book.

Miami Today reporter Camila Cepero interviewed Mr. Thomas in his office adorned with both the American and Haitian flags at the Consulate General of Haiti in Miami.