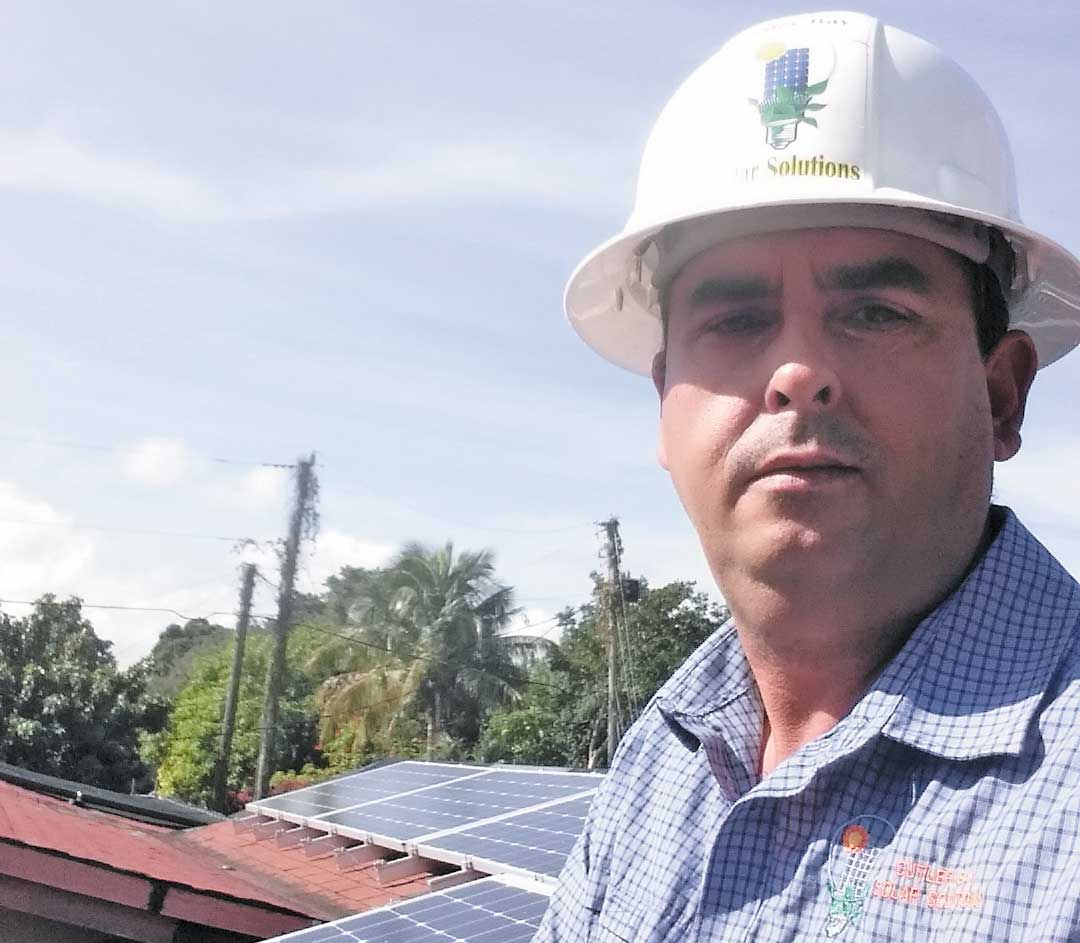 Raul Vergara was hesitant at first to sign up for an eight-week small business academy in South Dade because he’s been running his own business successfully for several years but soon learned “there are so many more pieces to the puzzle.”

Once he attended the first session, Mr. Vergara said the academy exceeded his expectations with not only the information he received in classes but also resources and networking opportunities he was given and has since used many times.

“The academy put together a whole array of tools,” Mr. Vergara said. The owner of Cutler Bay Solar Solutions, he started his business four years ago and says he has been doing well the entire time. “But I always had questions,” he said. “I’d ask myself ‘How do I get information on this?’ or ‘Where do you even find it?’”

After 29 years of working for others and then establishing himself in a business of his own, Mr. Vergara said he didn’t even know the myriad details with which one must be familiar.

“Although my business was well run, I was able to apply a lot of little things that go into it which I wouldn’t have otherwise know, had I not attended the academy,” he said. For example, Mr. Vergara already used Quick Books for bookkeeping but learned in one of the SBA classes more about the program’s tools.

“Each week we had a different topic,” Mr. Vergara said. “The instruction was excellent and opened my eyes.”

Other classes he said were extremely helpful included how to advertise, how to reach your target audience and know what one’s target audience is, where to find information and all the agencies that affect his business, and social media, which he said none of us yet truly knows everything.

In particular, Mr. Vergara was pleased with networking opportunities that he wouldn’t have otherwise known existed. “Sometimes, information is hard to find.”

Businesses need to know the academy is available, Mr. Vergara said. “When I first heard about it, I almost passed it up but it was helpful in ways I didn’t know existed.”

In October 2015, county Commissioner Daniella Levine Cava launched the District 8 Small Business Academy (SBA) to provide training and resources for local businesses so that entrepreneurs have the tools they need for success.

The last SBA was for eight weeks. It will be starting in January and has been extended to 14 weeks.

Ms. Levine Cava said her office is dedicated to economic development in South Dade and created the academy with input from priorities expressed at the South Dade Solutions Summit held in the summer of 2015, which identified investing in small businesses and encouraging new entrepreneurs.

“Small businesses are the backbone of South Dade; they provide crucial services, create jobs and are vital community partners,” Ms. Levine Cava said. “The goal of the academy is for businesses to have the knowledge and resources to increase sales, hire employees and prosper. When we empower our small businesses, our community thrives.”

The Small Business Academy, which is free, features workshops taught by business development agencies in South Florida. Academy participants are provided linkages to a network of private and public resources.