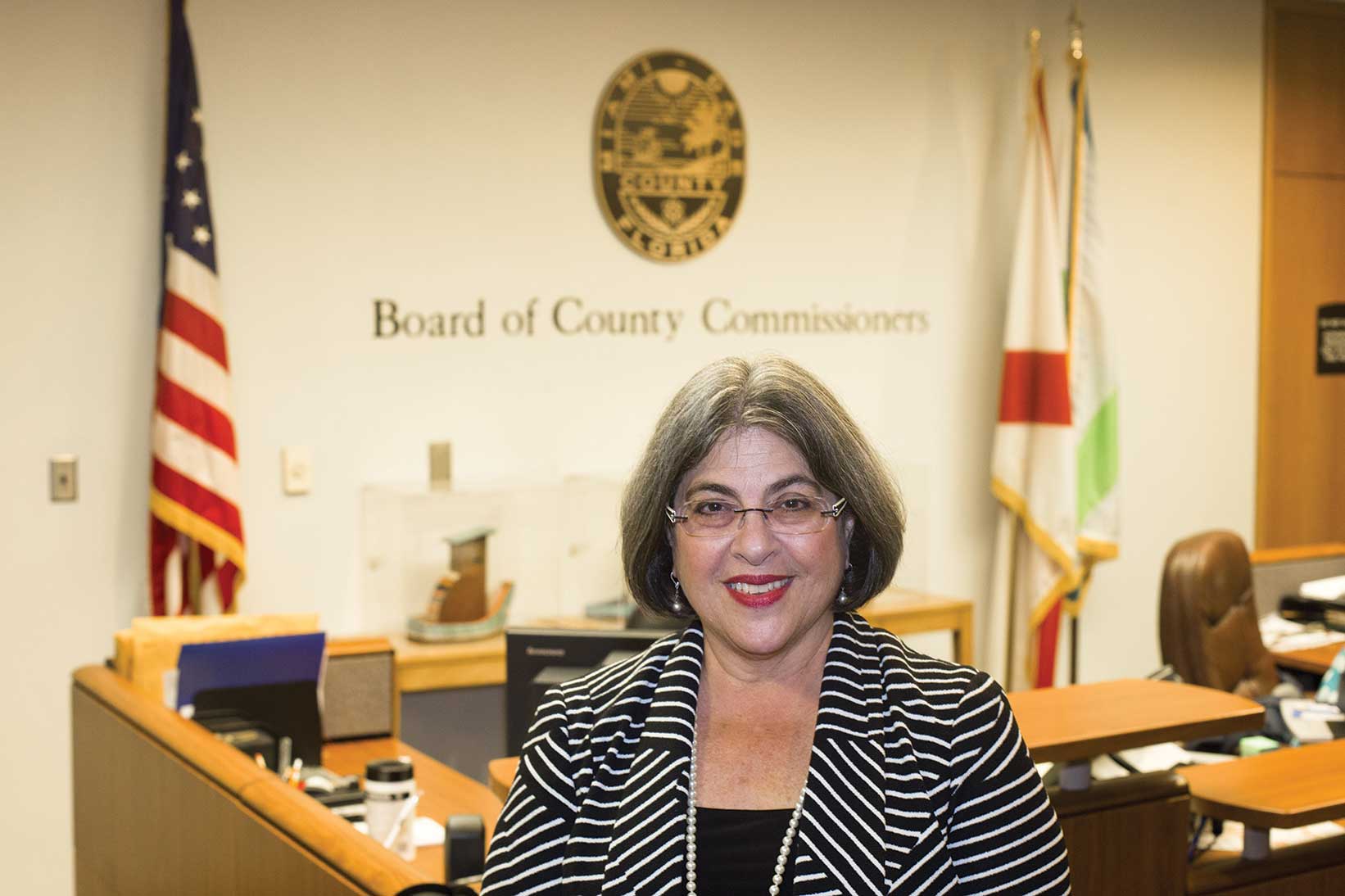 Daniella Levine Cava was trained as an attorney and social worker. She moved to Miami from the Northeast when her husband began working as a doctor here, and soon thereafter immersed herself in the community, first as an attorney with Legal Services of Greater Miami, followed by directing the guardian ad litem program and founding Voices for Children, its fundraising arm.

After Hurricane Andrew hit, Ms. Levine Cava was asked to lead an effort for addressing the displacement of children in South Dade. With the onset of welfare reform, she started a not for profit then called Human Services Coalition, which is now Catalyst Miami.

When people from groups in South Dade approached her in 2013 and asked that she run for office, Ms. Levine Cava had been at Catalyst Miami for 18 years. It was time for her to let it grow up, she said, as well as a good time for her to find a new opportunity.

Tomorrow marks two years since Ms. Levine Cava has been in the commission representing District 8, which covers about half of South Dade County, including Palmetto Bay, Cutler Bay, Princeton, Naranja, Homestead, Redland, The Falls and parts of Kendall.

She said her job on the dais is an opportunity to get involved in some of the same concerns she had from her community work. The commission has done a lot of work toward fostering economic opportunity, bringing a fair share of resources to South Dade, and government accountability, she said, which was the main reason she ran in the first place.

Trust in government is critically important, Ms. Levine Cava said. She thinks people are not feeling very good about government at any level. That’s the framework for our democracy, she said, so it’s vital that our government inspire confidence and trust.