Advertisement
The Newspaper for the Future of Miami
Connect with us:
Front Page » Communities » Thousands of units flow into Midtown residential market 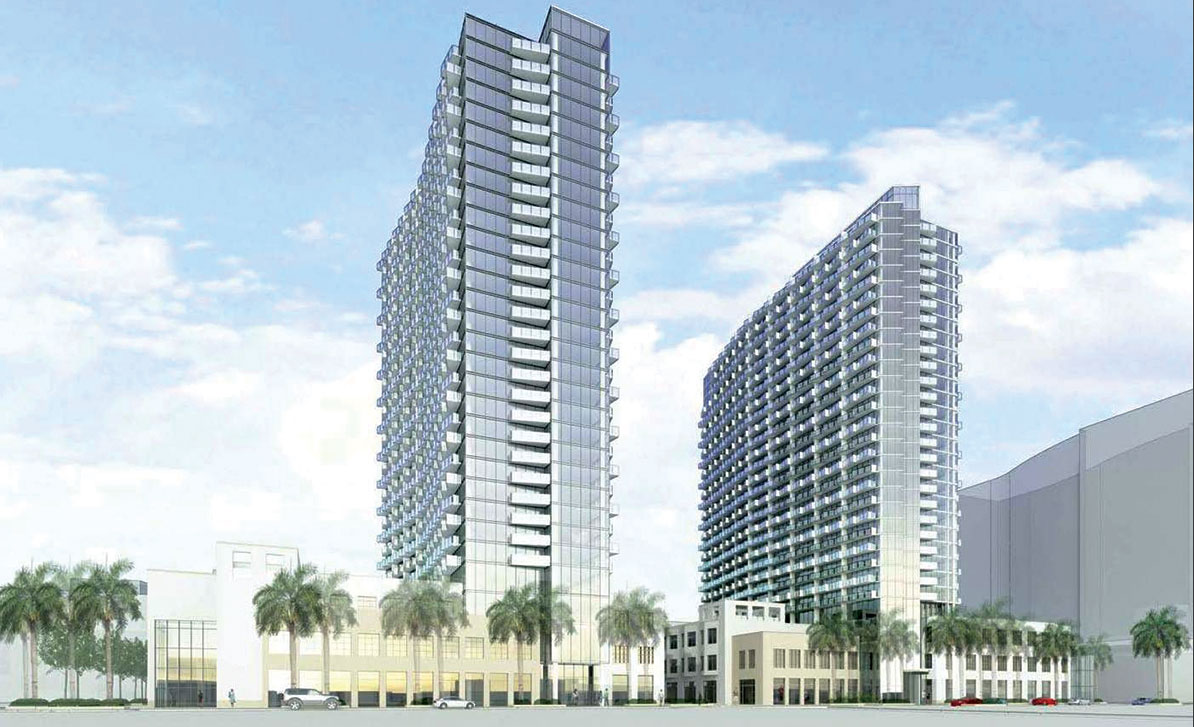 As a steady stream of completed rental units trickles into the Midtown residential market just as construction begins on others and still others are proposed, the emerging market seems to have nothing but smooth sailing ahead.

Midtown is bordered by Interstate 195 in the north, Northwest 29th Street in the south, a rail line in the east and Interstate 95 to the west.

Both are likely to be open by the first quarter of 2017.

In July, Miami’s Urban Development Review Board recommended approval of Midtown 8, planned for 2901 and 2951 NE First Ave., north of Northeast 29th Street. The project includes a 28-story tower, 387 residential units, about 30,000 square feet of ground floor retail uses and an adjacent garage for about 520 vehicles.

Midtown East has been proposed with 700 units.

As of the second quarter of the year, there were 978 completed units in Midtown, according to an Integra Realty Resources market study.

Current asking leasing prices in Midtown average $2,672, with an average achieved price of $2,580 and an average of 11 leases per month.

“From a rental perspective, for a young professional, Midtown continues to be a really desirable place to live,” said Jonathan Mann, a broker with the Jon Mann Group at Coldwell Banker.

“Renters have everything they could possibly desire within a short stroll from their condo – grocery stores, big box retail, local produce, local dining, entertainment, etc. As more shops and dining options match up with demand and tastes from the local neighborhood, you are really seeing a vibrant community take shape, with a personality all its own in Miami.”

Mr. Mann expects occupancy to stay stable so long as rents remain in the area of where they are now and “millennial incomes remain strong.”

“Inventory has accumulated, and asking prices have continued to drop in the existing towers – Midtown 2 and Midtown 4 – and sales in Hyde Midtown and other pre-construction towers were pretty much non-existent during the third quarter, including the cancellation of Boulevard 57,” Mr. Mann said.

“Overall, our summer months and early fall were pretty brutal in terms of activity and sales,” he said. “Normally, things are pretty dead during the summer, as local residents travel abroad and our tourists beat the heat here somewhere else. Still, over the past five years or so, the visiting wealthy Brazilians have softened the blow during the summer, as they look to get away from their winter, but with their economy in the tank and their currency, the Real, still significantly off its peak, they were simple just not coming this summer.”

On Oct. 5, the Urban Development Review Board recommended approval of Midtown 6 and Midtown 7, to be situated side by side at 3101 and 3001 NE First Ave.

Magellan Development Group is also behind the two projects.

“Like all markets, residential real estate is cyclical, and as we enter the first half of the high season, I expect buyer demand to pick up briskly,” Mr. Mann said. “Miami and Midtown are still desirable destinations and attract an affluent crowd.”

Midtown’s desirability can perhaps be partly attributed to its location, he said. Buyers and renters who are priced out of Miami or South Beach have the option of moving to Midtown, where they are only a short drive away from the city or the beaches. However, whereas Miami Beach is considered gold in real estate, Midtown remains an outlier or emerging area, and when things start to stagnate, these areas tend to be hit harder than the beach areas.

“Still, I am optimistic that once the uncertainty of the election ends in November and we get the big crowds for Art Basel, that people will see the real value in Midtown moving forward,” Mr. Mann said. “Where else in the US can you live in such a walkable location that is still affordable, for renters and buyers alike?”