Advertisement
The Newspaper for the Future of Miami
Connect with us:
Front Page » Top Stories » Supply of affordable housing takes piecemeal solution 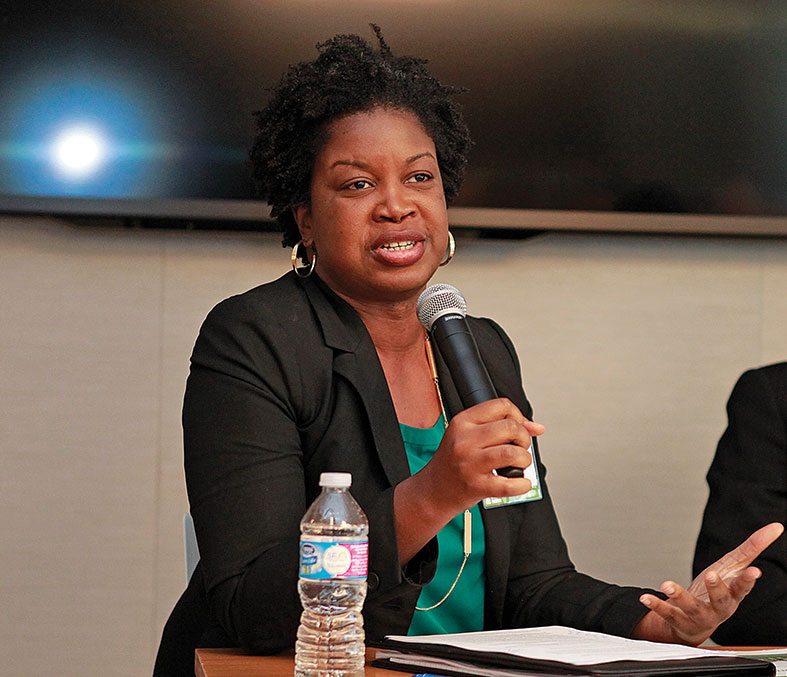 A holistic approach to boosting the supply of affordable housing is the best one, say local experts, as there’s not a single policy tool that will lower the number of Miami’s working households paying an increasing percentage of their income on rent or mortgages.

Here in the Miami metro area, there are 275,000 working households that earn between 60% and 120% of the median income and are paying more than half of what they earn for their housing, said Stockton Williams, executive director of the Urban Land Institute’s Center for Housing, during a presentation sponsored by Holland & Knight last week.

“There is no one policy tool that in and of itself is going to make a dramatic difference on this problem,” he said. “The good news is a number of cities are starting to put together a set of solutions, a tool kit.”

They largely agreed with Mr. Williams that what most moves “the needle” toward a larger stock of affordable housing is a full set of public policies by local government, including incentives such as offering inclusionary zoning rules, which are zoning-based requirements that developers include a certain number of below-market-rate units in a mostly market-rate residential project; and dedicating local government revenue to funds that foster affordable housing. He said it’s important as well to preserve the existing stock of rental housing.

In South Florida, Mr. Williams said, there’s a lot of Class C, so-called naturally occurring housing stock in small buildings – some 75,000 units in the City of Miami with one- and two-bedrooms renting for about $1,200 per month. For workforce housing, he said, these are vitally important, so it behooves local government to provide policy opportunities for developers to acquire and preserve them while at the same time be able to make income.

Around the country, Mr. Williams said, municipalities are starting to do this through new equity fund models, namely in Denver, New York and San Francisco, where developers can make a return on their investment in return for maintaining this supply of housing.

“The development community will find it increasingly difficult to make the numbers work, so having some sources of housing trust funds are important,” he said. The dedicated local revenues could come from impact fees and a percentage of real estate transfer taxes, for example.

Ms. Brown said the main issue in South Florida is income level: the average is $40,000, and within the city of Miami it’s $30,000. “Salaries have not increased,” she said. “Also, there’s a problem with the housing stock. A lot of so-called affordable housing is substandard.”

Ms. Brown said our workforce is not living in some of the beautiful buildings being built in South Florida, particularly in Miami.

She advised local government look into streamlining the permitting process to encourage development and pay more of the infrastructure costs associated with small-scale renovations of existing rental housing.

Miami-Dade County Commissioner Xavier Suarez said a third factor affecting affordable housing is transportation. “You can’t get to downtown via public transit and you can barely afford to drive here given the tolls,” he said. “We have a horrendous, non-functioning system here.”

The demand for housing close to the inner city is so great, but so are the costs, Mr. Suarez said.  “A lot of inner-city neighborhoods have low land costs, but even areas like Wynwood are getting expensive.”

Developers may want to build more affordable units but are forced to build luxury homes as the numbers work for them, said Mr. Ellish.

“How do we look at this long term?” he asked. “We need a holistic look at incentives and the challenge is there are so many different markets here.”

The density bonus incentive will be more attractive for a downtown developer than for one in Miami Beach, Mr. Ellish said. “This is a challenging market for the toolkit.”