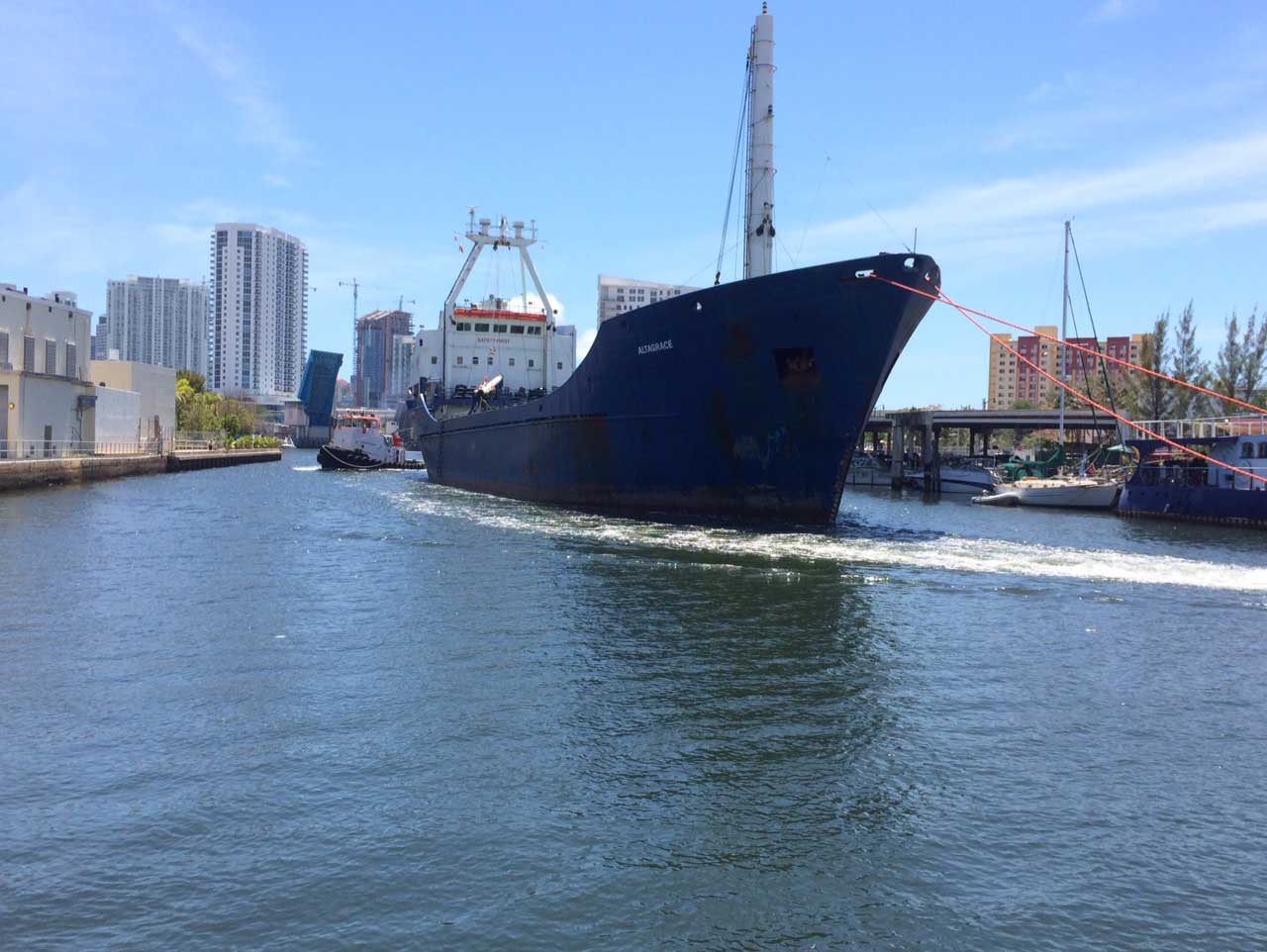 A state-sponsored study of using multiple modes of transportation to ease congestion and support freight transit along the booming Miami River launched Monday.

The objective is to target viable ways to improve intermodal freight movement in Miami-Dade, according to the Florida Department of Transportation (FDOT).

Aside from studying the river’s navigable waterway, the study will examine existing rail lines and the roadway network that connects to major freight generators.

The river’s rail line could be capitalized on, members of the Miami River Commission said.

The rail line parallels the upper river and then turns and ties together the northern and southern parts of the state.

“Marine trade in the port is growing,” said Miami River Commission Chairman Horacio Stuart Aguirre. “And I don’t just mean the yachts… but I mean trade is growing in the freighter industry.”

The Miami River is a key transit point for goods destined for the islands of the Caribbean and the Atlantic ports of South and Central America, according to the Miami River Marine Group.

Evidence is mounting that an increasing number of island economies will depend on Port Miami River as a main access point to the US economy, Mr. Aguirre said.

The small-draft freighters that ply the river are the only types that can serve small Caribbean ports, he said.

“The 1,000-foot-long freighters that dock at PortMiami can’t get anywhere near those islands,” Mr. Aguirre said. “They run aground.” Many Caribbean shallow draft ports don’t have the cranes, depths or seawalls to handle the larger vessels.

The growing trade import-export industry of the Miami River is helping Miami flourish, he said. The export market, specifically, is booming.

“They leave floating deep in the water and come back floating high,” he said, alluding to goods-heavy freighters leaving the river but returning empty.

The study is crucial to improving the traffic in and around the river, he said.

“When it starts getting really busy, it’s no different than the cars on I-95 – the truck traffic around the perimeter roads get busy.”

And river shipping traffic will only get busier, he predicted.

“If we don’t have this study right now and if we don’t grasp and embrace the intermodal concept idea,” Mr. Aguirre said, “we’re going to have traffic jams in the water and on the roadways.”

“The river has been at a very large trade volume for at least 25 to 30 years,” said Phil Everingham of the Miami River Commission.

“It’s surprising that it’s taken FDOT this long to recognize it as a vital urban trade route for urban waterborne trade because it has been a heavy traffic area for export and import to Caribbean markets for at least 30 years.”

Moving from terminal to terminal, the cargo could be placed on even smaller boats headed to their final destinations, which could include national and international ports.