Advertisement
The Newspaper for the Future of Miami
Connect with us:
Front Page » Transportation » Decline in on-time performance at Miami International Airport 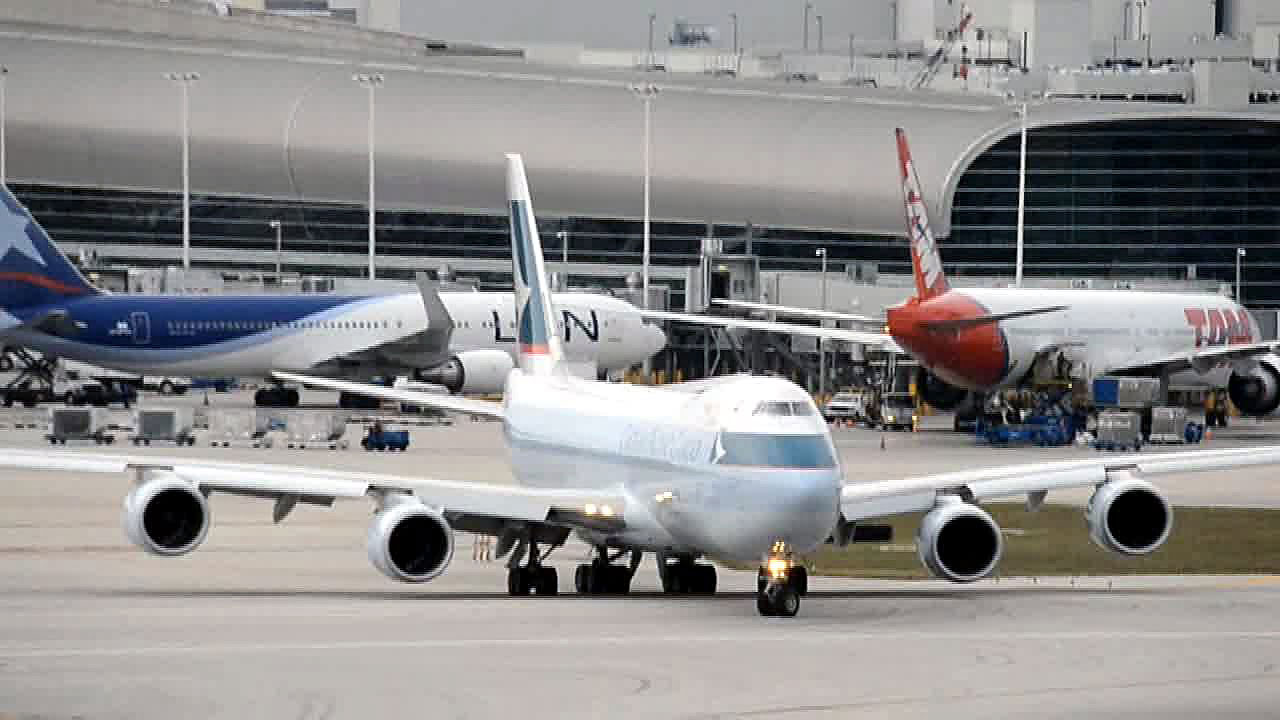 Aviation industry reports recorded a decline in on-time performance at Miami International Airport, or MIA, during calendar year 2015. The County Commission’s Trade & Tourism Committee hired consultant Leigh Fisher to find out why. The results of that study are on the committee’s agenda today (10/13).

In its annual report, UK-based OAG, formerly called Official Airlines Guide, reported that MIA had slipped from No. 9 in 2014 to No. 19 in 2015 in on-time performance among the world’s 20 largest airports, with 80.08% of flights arriving or departing within 15 minutes of their scheduled times, down from 83.2% in 2014.

The Federal Aviation Administration’s Airline Service Quality Performance statistics classify flight delay causes under five categories: carrier delays due to circumstances beyond the airline’s control, extreme weather, national aviation system delays or cancellations, late-arriving aircraft that push back the start of the next flight and security issues. According to the Federal Aviation Administration, carrier delays were the main cause of delays at MIA in 2015.

First was a change in Custom & Border Protection protocols for catering and customer boarding for international departures, which the airline reported caused a spike averaging 11.5 delays through the middle of March 2015.

Construction at MIA during 2015 requiring American Airlines passengers to be bused to gates in MIA’s Satellite E terminal, rather than go by train, reduced American’s on-time performance ratio in 2015 to 64.2% compared to a reported 79.9% ratio for the airline’s other operations.

American Airlines said that the OAG’s data were skewed by the transition of many American Eagle flights to Republic Airlines, which does not report its data. Also, the airline’s researchers noted, staffing shortages in Havana airspace beginning on Dec. 14, 2015, contributed to the total picture.

Data through July of this year compiled by the US Department of Transportation suggest that MIA continues to struggle in 2016. The department’s most recent consumer report shows that between Jan. 1 and July 31, 2106, 76.99% of MIA flights arrived on time, ranking 24 out of 29 major US airports covered in the report. A year ago MIA held the No. 15 spot, with an on-time performance ratio of 77.53%.

The biggest culprit, according to the Consumer Report, may be the weather.

Although fewer than 1% of delays were classified in the extreme weather category, the report states, “Weather is a factor in both the extreme-weather category and the aviation-system category. This includes delays due to the re-routing of flights by DOT’s Federal Aviation Administration in consultation with the carriers involved. Weather is also a factor in delays attributed to late-arriving aircraft, although airlines do not report specific causes in that category.”

Using data collected from airlines, the Bureau of Transportation Statistics determined that in July 36.03% of late flights were delayed by weather, up from 31.93% in June and 29.36% in July 2015.