Advertisement
The Newspaper for the Future of Miami
Connect with us:
Front Page » Education » NASA scientists partners with Fairchild Tropical Botanic Garden 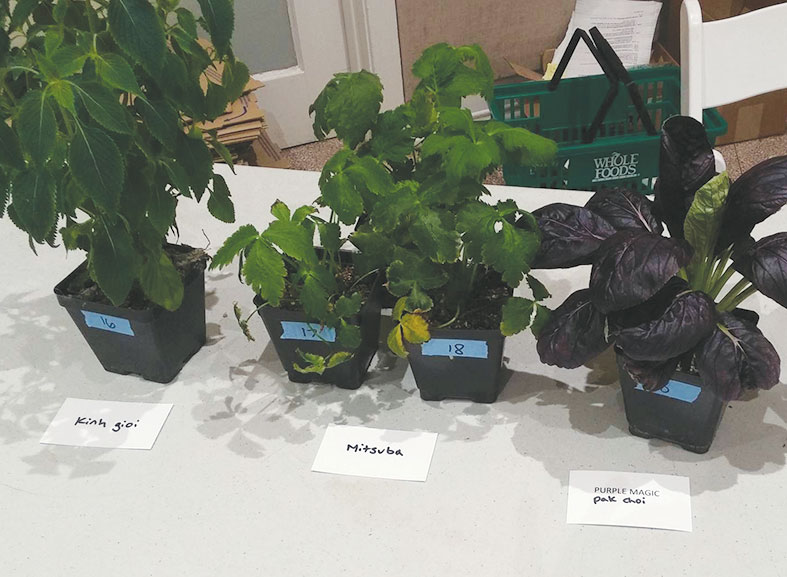 National Aeronautics and Space Administration scientists have found a way to speed their research on edible plants in space by involving the community through a partnership with Fairchild Tropical Botanic Garden’s STEM education program, Growing Beyond Earth.

In July, NASA awarded Fairchild $1.2 million to fund this program, now in its second year, which administers plant experiments for middle and high school students. NASA plans to use students’ results on which edible plants might be suitable for growth in space.

As part of the “The Fairchild Challenge,” an environmental science competition based in Miami for the past 15 years, the Growing Beyond Earth puzzle is posed to middle and high schools and will help expand ongoing NASA research into a citizen science program for students.

The research uses equipment that mimics the environmental conditions aboard the International Space Station. Students will test factors that might influence plant growth, flavor and nutrition.

Gioia Massa, project scientist at NASA, visited Fairchild this month to explain to 120 teachers how to conduct the experiment into plants to achieve the results NASA wants. She also taught the teachers last year and was excited by the opportunity it brought to students.

“A project that engaged students and uses their results is a magical idea to have citizen science doing research that would benefit NASA and getting them excited about space,” Dr. Massa said. “When I was a student I was interested in growing plants in space, and I just wanted to share that.”

The way plants were grown in classroom, she said, would be similar to what they do at their veggie growth chamber at the Kennedy Space Center in Orlando.

“We really have a pretty small group in Kennedy and limited resources,” she said. “So having all these students involved being able to test other species and other varieties of plants that we otherwise would not have the opportunity to look at were really enhancing the power of this research.”

Fairchild was interested in NASA and its work on the Veggie facility, a compact LED-lit plant growth facility in the International Space Station. A video of the scientists at NASA harvesting and eating red romaine lettuce, the first produce grown in microgravity, piqued Fairchild’s interest.

“Our philosophy here is, for education we want to provide authentic research opportunities with real-world implications for students,” said Amy Padolf, director of education for Fairchild.

The $1.2 million grant will cover all the equipment for the schools.

“Every school gets the same exact equipment, which is very important so that the lower-resource schools can perform with the higher-resource schools at an even level,” Ms. Padolf said. “It’s also for the science: you can’t have this timer and that timer and this soil or that soil. Everything must be consistent.”

“Miami’s diversity of student population is what the nation is going to look like, and we want to encourage kids of all backgrounds to be interested in science, and we want to make sure everyone gets involved,” Ms. Padolf said. “We are so far away from Kennedy Space Center that these kids do not have the connection to NASA as they do when they are in Broward or Palm Beach. This allows them to get that excitement down here.”

“The scientists are so excited about this data and for this data to be used,” she said. “At first it was a few scientists gathering data. Now they have thousands of scientists helping them.”

Deborah Zwolinski, a STEM teacher in Riviera middle school, found the initiative very exciting for the students, one that granted them real-life insight into science.

“Our school has a science magnet program and we wanted students to do real world science and experiments, so this was a great opportunity for them to get involved,” she said.

Her school had five types of plants, including cress and kale, along with the control, the red leaf lettuce, which every school had. Some of the experiments benefited students who entered science fairs with their projects.

The students, Ms. Zwolinski said, were given an unforgettable experience.

“I took these students at the end of the year to Kennedy Space Center and to see how the space program is and how important this research is, that they are really using their data,” she said. “It was really impressive. The kids are super excited to do it again, and it encouraged some students to be plant scientists. That’s what teachers want to see.”