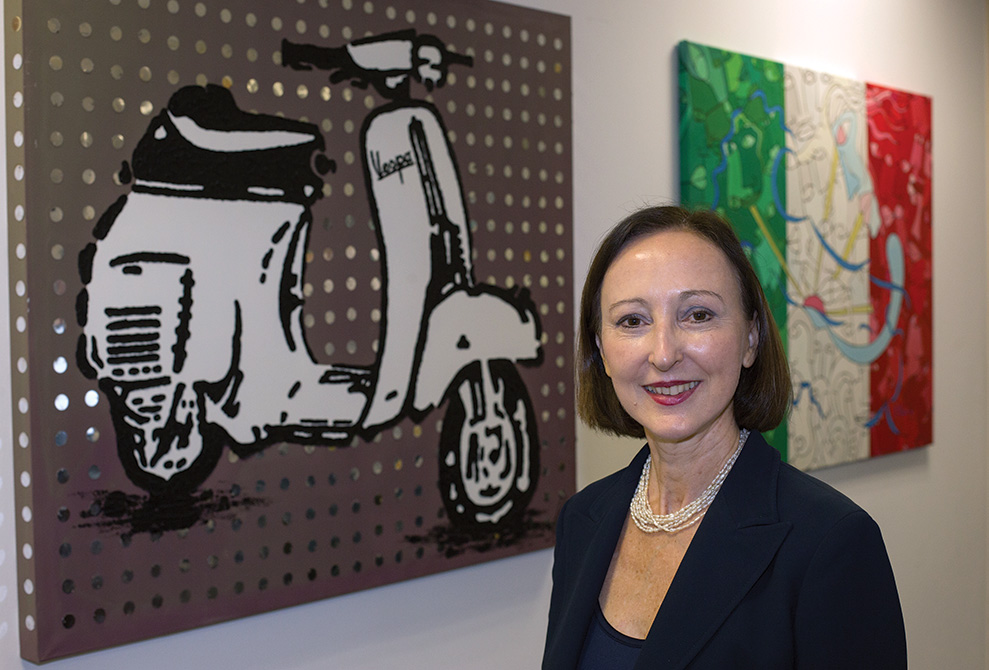 Gloria Marina Bellelli began professional life as an archaeologist, digging in Syria. She was with an Italian mission in the ancient city of Ebla, where a new language had been discovered from a civilization of the third millennium. The group discovered tablets where people of this culture had recorded history and laws.

After that, Ms. Bellelli was with a German mission through the University of Berlin. That was important experience, she said, because the Germans have a very strong basis in archaeology.

The missions were fascinating, Ms. Bellelli said. She was not only digging with her hands but also deeply into the history of things in a culture. Everything one does should be with an effort to understand that story, she said, because everything is based on the past.

Archaeology led Ms. Bellelli to her second career, as a diplomat. The Ministry of Foreign Affairs oversees all Italian archaeological missions abroad, so she asked to work for the organization to gain wider experience.

While there, colleagues encouraged Ms. Bellelli to enter competition for the diplomatic services, which she did, and she has been serving for 20 years. She took office in September 2015 as consul general in Miami, with jurisdiction over Florida, Georgia, South Carolina, Alabama, Mississippi, Puerto Rico, the US Virgin Islands, the Bahamas, Jamaica, St. Marten, St. Eustatius, Saba, the British Virgin Islands, the Cayman Islands, Turks & Caicos, and Bonaire.