Advertisement
The Newspaper for the Future of Miami
Connect with us:
Front Page » Communities » Condominium market in Brickell holding steady 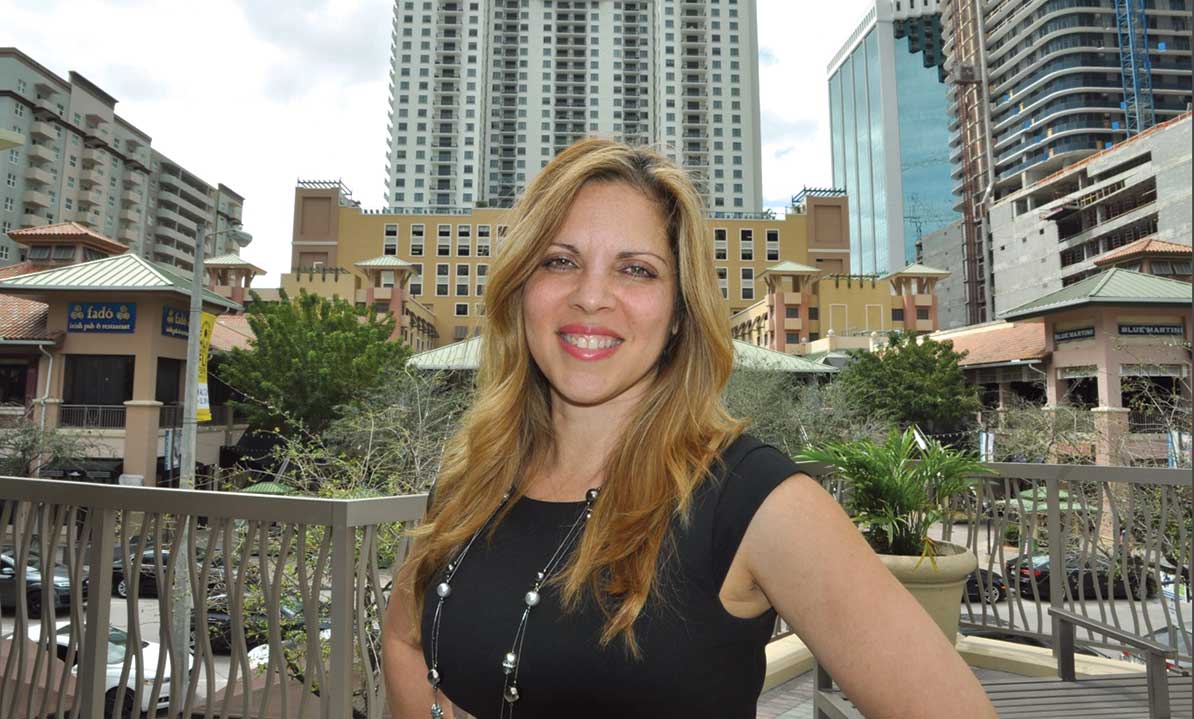 The condominium market in Brickell – though slower in some ways than it was a year ago – is holding steady, observers say.

“We’re continuing to see an increase in inventory, but it’s a little hard to track,” said Nayla Benitez, manager of EWM Realty International’s Brickell office. “From one month to another, it will change.”

Brickell City Centre’s Rise condominium started delivering in August, “and units are not coming into the market as resales or rentals” yet, she said. Some units in Reach, a twin condo that was delivered first, have popped up as resales, she said. Two other buildings, The Bond and Le Parc, also began closing on units recently. The SLS Hotel & Residences Brickell’s hotel component will open soon, followed by closings of the condominium units.

In August “we have seen a 5.6% increase in units closed as compared to the prior month,” she said, in that 92 units closed. “That’s still down from last year,” Ms. Benitez said.

“In general, we have seen activity pick up on rentals and sales. Nothing crazy, but a slight increase from what we have seen.”

Who’s buying or renting? “We’re seeing a lot of everything,” she said. “Brickell is so diverse. We have students, young professionals, small families, and older folks work on a project in the area for six months to a year, then go back to where they’re from.

“What you see on the street and in the cafes and restaurants are established people who can afford to live here,” she said. “Unfortunately, there has been negative publicity because there are so many high rises and people think they’re empty. They’re not. Has it slowed down? Yes, and this market is impacted by the global economic situation.”

But, Ms. Benitez said, New Yorkers and Canadians are replacing buyers who are struggling with depressed economies and devalued currencies. “Miami is the place where everybody wants to live. Some projects are going to be held back, but that will help the cycle. Investors know that, in the long term, this is the best place to park their money.”

“I think, overall, the market in Brickell is strong, but certainly there is less activity than a year ago,” said Sergio Mannarino vice president of sales and operations at OneWorld Properties.

“I’m seeing a little bit more in resales, and they are at prices that are discounted as compared to a year ago.”

People gravitate toward resales because there are some comparative bargains and the buildings are known quantities with few or no surprises in store, he said. “It’s certainly cheaper than what you are seeing in preconstruction prices. Some tenants are looking to buy instead of rent, and the numbers are making sense, if they can get a mortgage. The units will sell if they are at the right price.

“The rental side has remained much stronger than resales,” Mr. Mannarino said. But in some cases, landlords have offered some reductions in rent to retain existing tenants. “So, in that sense, landlords are being more cautious. They are aware that more units are coming to market, so tenants will have more options. They are offering incentives instead of getting greedy and asking prices they are not going to get.”

“Apartments that are priced attractively will rent faster,” Mr. Mannarino said. “I’m not concerned about this market.”

Though it’s true there’s been a slowdown, “I don’t see a bust” similar to the 2008 debacle, said Patricia Delinois, president of Century 21 Premier Elite Realty and past president of the Miami Association of Realtors.

As compared to the easy-contracting and lending practices that prevailed then, “developers are requiring minimum 50% deposits, bringing us committed buyers,” she said. Prices have returned to 2004 levels, mortgage rates are at a historic low, as are treasury yields, and the after-effects of Brexit have many affluent buyers in the United Kingdom and Europe looking for a safe investment, she said.

“There is still a high demand by international buyers coming from Brazil, Venezuela, Argentina, Canada, France, Colombia, Mexico, the UK, Peru, China and Russia,” she said. “A majority – 62% – of the buyers purchasing now in Brickell are foreign buyers.” Cash transactions are 22%, twice the national average, she said.

The projects being delivered or under construction in Brickell and downtown “are unlike any other in the world,” she said. They include Brickell City Centre, Paramount Miami World Center, Brickell Ten, One River Point, Echo, Flatiron, 1010 Brickell, Brickell Heights, Le Parc, SLS Lux, The Bond and Casa Brickell.

“Miami’s Brickell area is becoming the hottest gateway to the world and to the financial district,” she said. “Downtown Miami and Brickell are transforming into a global mini-city. I am truly excited to see us developing quickly into a transformed Magic City in the next five years.”

One Response to Condominium market in Brickell holding steady