Advertisement
The Newspaper for the Future of Miami
Connect with us:
Front Page » Business & Finance » Brightline passenger rail service 65% built 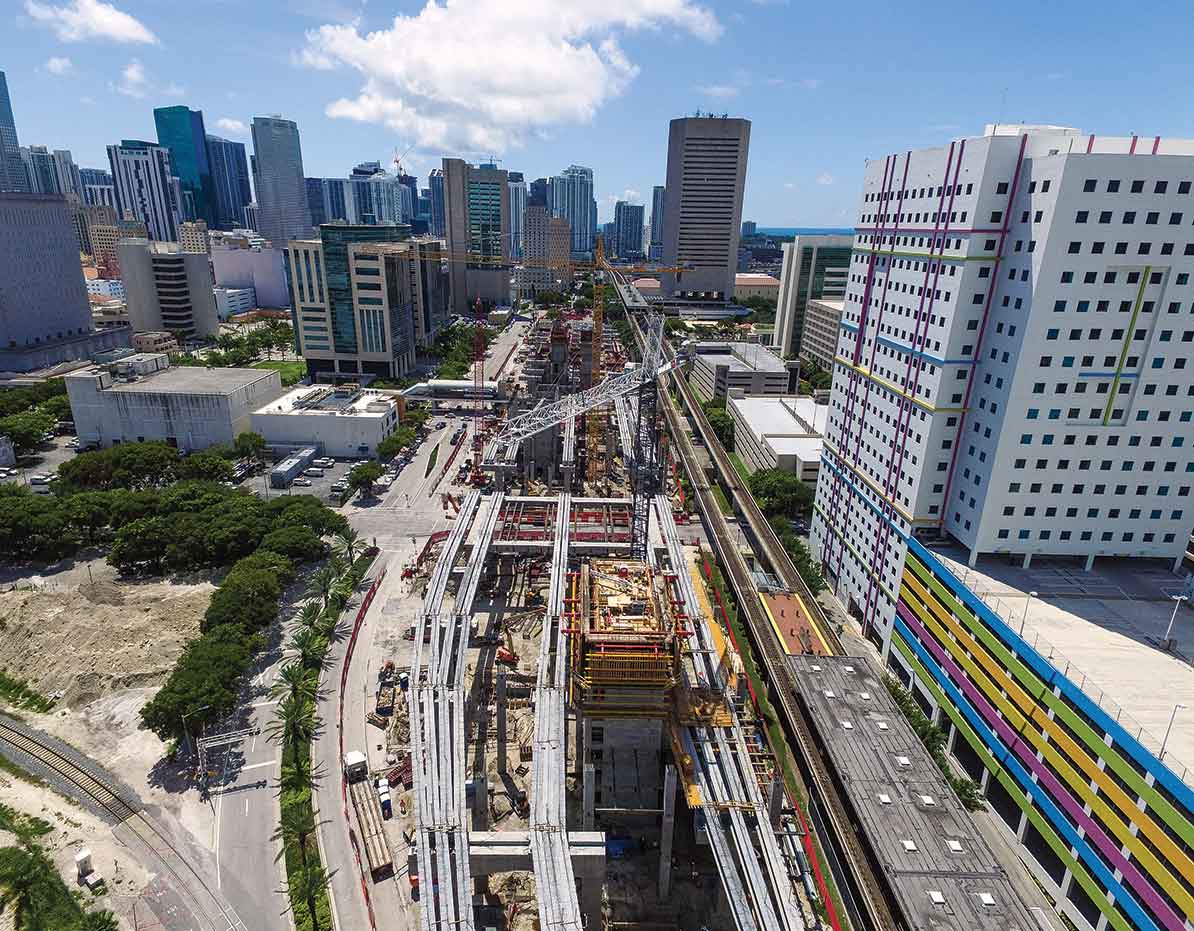 Construction on the first leg of the Brightline passenger rail service has crossed the halfway point, on track for its anticipated service launch in mid-2017.

Construction of the West Palm Beach-to-Miami segment is more than 65% completed, and the first trainset is expected to arrive this fall and will begin testing in Palm Beach County, according to Brightline officials.

“Work continues progressing on the 11-acre MiamiCentral with hundreds of people working on site as we gear up to launch the Brightline train service next year,” said Scott Sanders, executive vice president of design and construction for Brightline.

“This new multi-modal hub and urban development will serve the 90,000 residents who call downtown Miami home, bringing much-needed transportation, food, retail and residential options to the area,” he said.

The massive steel and concrete transportation hub, MiamiCentral, continues to rise on the footprint of the city’s former train station, and work on the office tower has begun as well.

According to the company, a status report on the downtown construction includes:

Next steps include assembling a metal deck and concrete slab to be installed on top of the pre-cast beams to hold the rail.

The project is also to include a realignment of a curve on Northwest First Avenue.

Parent company All Aboard Florida selected Suffolk Construction Co. as general contractor for MiamiCentral, and site clearing and demolition began in late 2014.

At MiamiCentral, the Brightline tracks and station will be elevated 50 feet to align with existing public transportation, with retail spaces beneath the tracks. The company says the innovative design will allow thru-streets to remain open to traffic and create an atmosphere of walkability while creating a “landmark terminal.”

The new rail station is being integrated with the Miami-Dade County Metrorail and Metromover systems and is being considered a major transit hub for the city with connections to buses, trolleys, taxis and more.

Its primary function is home to the Brightline passenger rail service, and will also house a Tri-Rail link.

All told, MiamiCentral is to bring with it apartments, shops, offices and other companion commercial uses.

Just west of the main construction, All Aboard Florida is also busy building a mixed-use project known as 3 MiamiCentral that will bring a grocery store, along with office and retail uses.

The company said progress is also being made northward.

Construction crews “topped out” the Fort Lauderdale station Sept. 16, meaning the structure is complete. Work has moved to interior outfitting including installation of the escalators, perimeter glass and roofing, and more.

The station at West Palm Beach is expected to be “topped out” this Friday.

The rail link to Orlando is expected to be complete in late 2017.