Advertisement
The Newspaper for the Future of Miami
Connect with us:
Front Page » Top Stories » Aerial tramway could end snarled traffic to ballgames 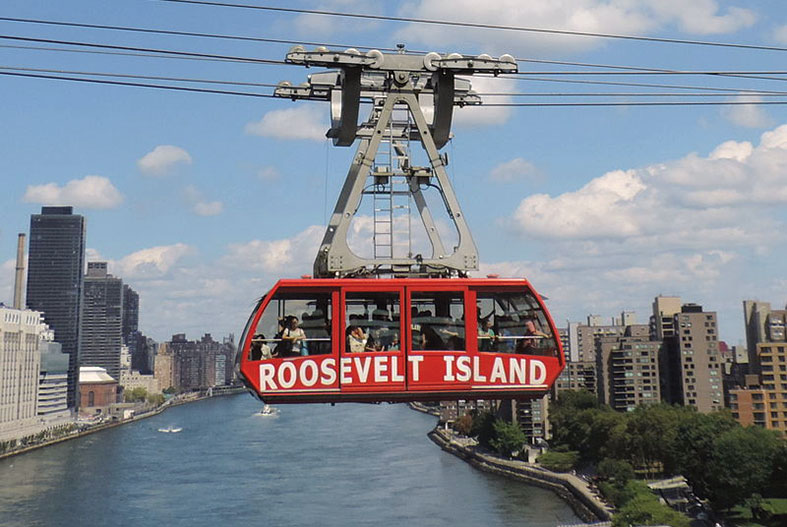 Commuters frustrated with snarled traffic – or fans headed for a baseball game – might take to the skies if an alternative that was investigated by the Miami-Dade Metropolitan Planning Organization (MPO) earlier this year proves workable.

The planning organization commissioned an 87-page study on aerial cable transit, which was conducted by Jacobs Engineering Group, Eco-Transit Technologies and CH Perez and Associates.

“The Miami-Dade MPO is interested in understanding the applicability and potential benefits of an [aerial cable transit] system being added to the local transit network,” the study report said. “Specifically, previous studies conducted by the Miami-Dade MPO and others have identified new transit markets and corridors in Miami-Dade County, but these potential transportation projects have been adversely impacted by either the high cost of right-of-way or the lack of available right-of-way.”

With aerial cable cars, or gondolas, right-of-way is not an issue, the study said, and that’s why many Latin American, Asian, North African and European cities are using them. Austin, Texas, and the Georgetown area of Washington, DC, are also considering gondola systems, it noted.

The disadvantage is that aerial cable systems are not designed to travel long distances, the report said, with the typical route spanning just 1 to 3 miles.

The evaluation focused on whether the cable system would duplicate existing transit or planned transit improvements along the routes that connect the destinations to population centers.

“This…feasibility study serves to start a high-level discussion of the potential to add the [cable] mode to Miami-Dade’s transit network,” the report explained. “Additional market analyses, planning studies, and engineering efforts will be required to examine any promising alignments in greater detail. Further travel demand analysis, outside the scope of this initial study, would be required to develop more accurate ridership estimates and better understand market demand for any [cable] service.”

The investigation found that most of the activity centers are already served by planned or existing transit, including express or enhanced bus service, a private-public partnership being developed by Miami Beach, possible Metrorail or Metromover extensions, Brightline and Tri-Rail train service into downtown, municipal trolleys and bus rapid transit.

But one route stood out as a possible venue for the gondolas: Marlins Park to downtown, the report said.

“The study team did not fully plumb the depth of stakeholder interest and support for this investment option, but based on its economic characteristics, market opportunities, and technological risks, this alternative’s overall evaluation is high,” it said. “With its short length and two-station arrangement, the stadium-downtown leg of this proposed service would be an economically attractive demonstration system with much lower capital and operating costs than other alternatives.

“From a markets perspective, this option, linking a major parking facility with downtown, linking downtown with a major entertainment venue, and linking a vibrant resurgent cultural district with downtown, appears to tap several reliable and substantial sources of passenger demand. If city and county leaders are interested in further exploring [cable] options for their jurisdiction, this is the most attractive alternative identified by the study.”

The gondola line might even qualify for federal funding, the report said, assuming there were no environmental concerns and other standards were met.

“Once funding and permits are in place, actual construction of the system would be reasonably quick, typically in the range of 12 months or less,” it said. “The stations and terminals are the only substantial civil works required for the project. Erecting the towers and stringing the cables for a 5,000- to 7,500-foot system could be accomplished in a matter of weeks.”

9 Responses to Aerial tramway could end snarled traffic to ballgames