Advertisement
The Newspaper for the Future of Miami
Connect with us:
Front Page » Transportation » Miami-Dade’s bus on-time performance turns corner 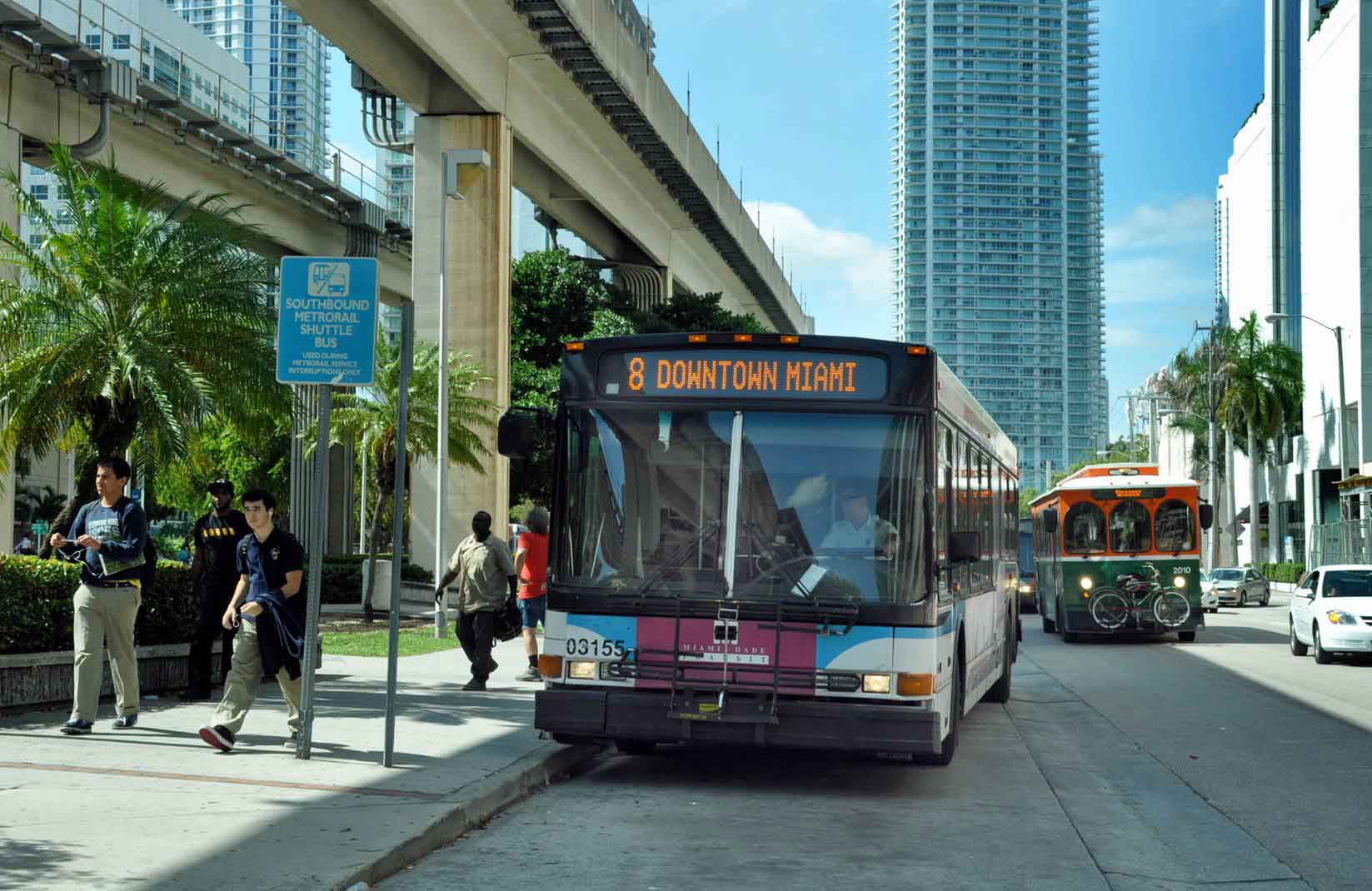 Miami-Dade’s bus on-time performance wavered a bit at the start of the year and then improved progressively from May to July by 4.9%, a trend the county’s transportation chief says she expects to keep rolling as the department adjusts routes and upgrades traffic signal synchronization.

“Data shows that the US 1 corridor from 152nd Street to downtown northbound during rush hour is 15 minutes less than it was before synchronization of traffic signals,” she told Miami Today last week.

The traffic signal upgrade involves the installation of an adaptive “controller,” which is a computer at each signal. These controllers will be able to give signal priority as a bus approaches, Ms. Bravo said, either by keeping the signal green a few seconds longer or shortening a red light.

Over the next year or year and a half, Ms. Bravo said, staff workers will install the new adaptive controllers along the 12 corridors throughout the county. The adaptive controllers will be able to eventually control the signals and change their timing based on information that now flows to the traffic engineer in charge of a zone.

In addition to the advanced technology, Ms. Bravo said, the department last December took the 13 routes with the highest ridership, which serve 50 % of bus users, tweaked them, and then made 25 more adjustments in June. There will be more route changes in November, she said.

The department evaluates bus routes every few months, Ms. Bravo said. So far, she said, minor adjustments made to reconfigure areas in some of the routes that run east to west to and from downtown that got snarled up have improved on-time bus performance, as have the adjustments the department made to some segments moving north to south.

Additionally, Ms. Bravo said, the department added equipment for all buses to be tracked. “The equipment is tied in to the bus operations center, where there’s software telling us where buses are piling up or falling behind schedule,” she said. “We can use real-time data to get in touch with the driver and better manage, facilitate on-time performance.”

While bus performance steadily improves, however, the number of riders is falling. According to the June 2016 Transportation and Public Works ridership technical report, preliminary data indicate total monthly Metrobus ridership was 5,141,601, down 7.8% from June 2015. On Saturdays in June, there was a 6% drop and an 8% fall on Sundays for the same period.

Ms. Bravo said ridership is always changing, as is the economy. “We know it’s something that’s continuously in flux, like any service,” she said last week.

“People want modes of transit to be reliable and comfortable,” Ms Bravo said. The department wants to increase awareness of how to use the system, she said, and encourages people to use Trip Planner, which provides real-time information on bus arrivals and departures via Apple smart phones. This month, she said, the app will be available for Android phones as well.

Moreover, Ms. Bravo said, in time the fleet will greatly improve. “We’ve added articulated buses that have higher capacity [by an additional 50%] on highly-used routes; and at the tail end of procurement that will help us replace 300 buses with new CNG [compressed natural gas] buses, which we hope to have free WiFi on in the near future.”