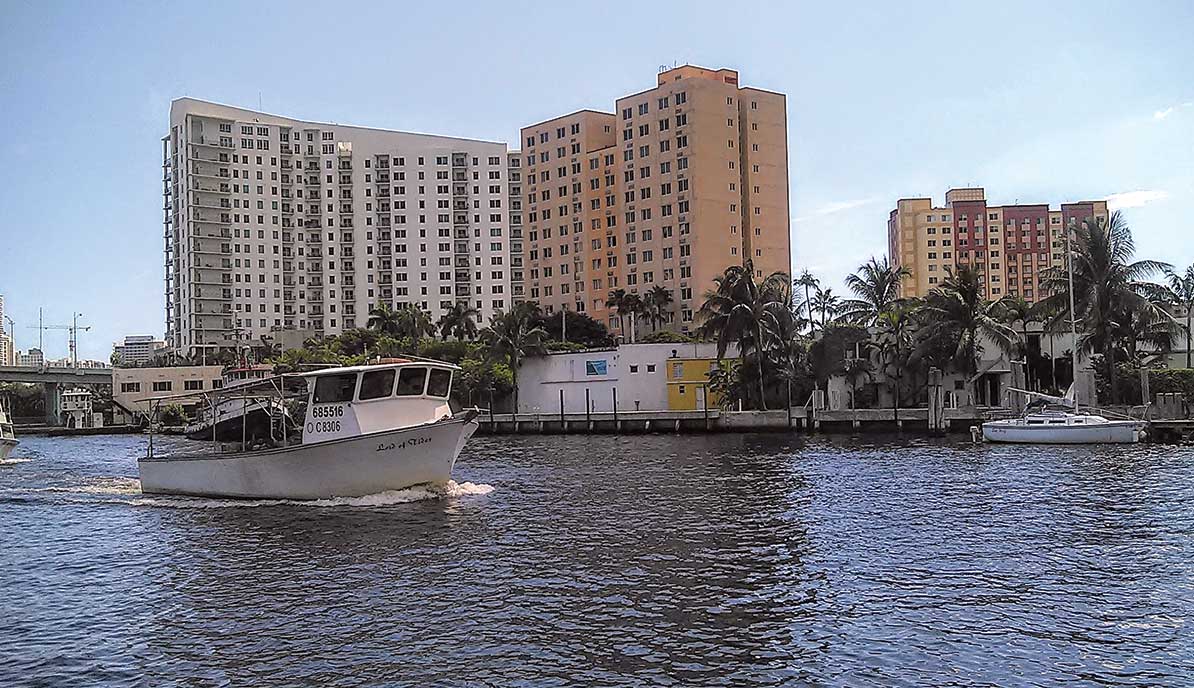 Champions of the Miami River appreciate that the city has a working river, with vibrant marine-industrial uses up and down both banks. A working river means imports and exports, jobs, tax base and more – including noise and smells.

As the building boom continues and the river becomes more attractive to developers, a balance has to be reached, say the men and women guiding the river’s future.

The Miami River Commission is considering a plan from developer Shahab Karmely to transform a trio of old warehouses into a dining and event space called River Arts Complex.

The property is less than half an acre at 125, 129 and 131 NW South River Drive. It’s a key location as it faces a redeveloped Lummus Park on the river’s north side, just northwest of the West Flagler Street Bridge.

While the property is zoned for marine-industrial uses, a restaurant would be allowed with special permission.

But next door at Biscayne Towing & Salvage, owner Cory Offutt has serious concerns about a restaurant operating beside his business.

Mr. Offutt said his business is loud, smelly and operates around the clock. He said a restaurant next door is incompatible with his shipyard and he’s worried he will be regulated out of business.

His emergency marine towing business deals in heavy towing and launch work. It services ships in distress and tows them into the shipyard for work. Mr. Offutt also has a contract with the county to collect and dispose of derelict vessels on the river and Biscayne Bay.

“My belief is that a restaurant is incompatible with my business … we’d be unable to exit in harmony,” he said.

“We have to acknowledge it’s a working river,” said Iris Escarra, an attorney representing Mr. Karmely.

The developer sees the river as the “jewel of the city,” she said, noting that he’s also the developer of a major mixed-use project downriver.

Mr. Karmely, CEO of KAR Properties, is the man behind One River Point, planned dual 60-story condo towers connected at the top with a private club and at the bottom with a giant waterfall.

“He likes the edginess of a working river,” Ms. Escarra told the committee.

“We always consider the neighbors,” said Committee Co-Chair Jim Murley, “but our job is to find a balance.”

Phil Everingham, a commission member, asked why Mr. Offutt was worried about being displaced or forced to move.

“I’m a small fish in a big pond,” said Mr. Offutt, and he’s afraid so many complaints would be lodged against his business for noise and disruption that he’d be “regulated” out of business.

“We want to co-exist with the working river,” said Ms. Escarra.

The committee gave Mr. Karmely’s team a month to meet with neighboring property owners, tweak the plan to create a wider public riverwalk and better access from the street, and design a sound buffer abutting the shipyard. The plan is expected to reach the full river commission in November.