Advertisement
The Newspaper for the Future of Miami
Connect with us:
Front Page » Profile » Frank Steslow: Restoring credibility as Frost Museum of Science rises 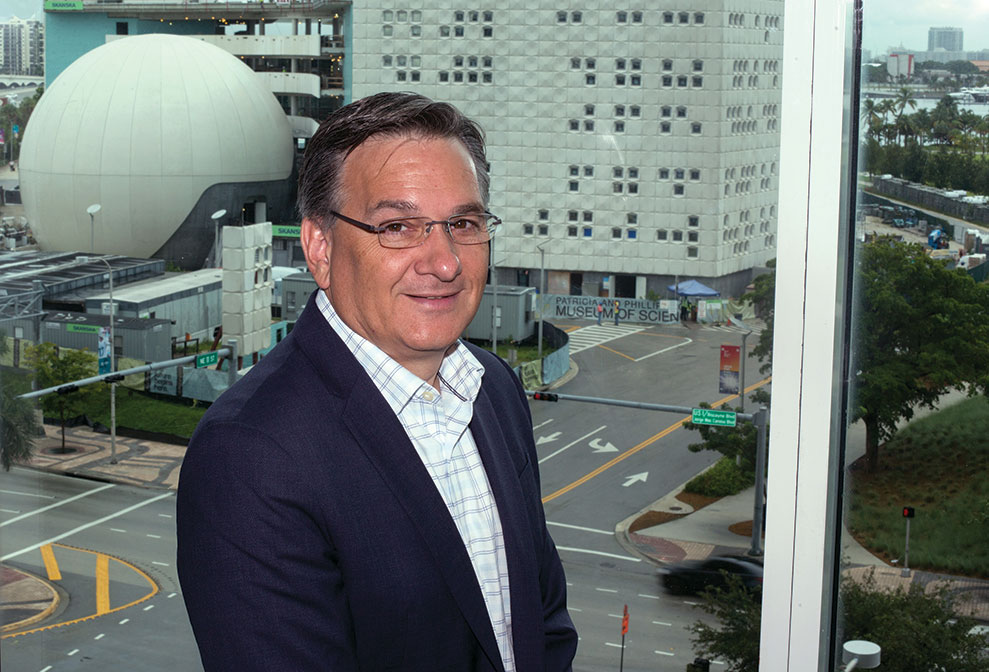 When the Patricia and Phillip Frost Museum of Science opens its new facility in downtown Miami in the first quarter of 2017, Frank Steslow said that’s just the beginning of a collaborative relationship with the community. He was named president July 1 and said his goal is to build back credibility with those with whom a partnership had been established and continue building on it.

The complicated project of constructing this museum has many moving parts, Mr. Steslow said, and many parties put a lot of time and energy into it, including the City of Miami and Miami-Dade County commissions, taxpayers and private contributors.

Ultimately, Mr. Steslow said, this is a community asset with a lot of space that can be programmed for other uses that haven’t even been thought of yet, but it’s going to be here for the next 100 years so there’s a lot that can be developed to launch the future.

Miami Today reporter Susan Danseyar interviewed Mr. Steslow in his temporary office across the street from the Patricia and Phillip Frost Museum of Science.