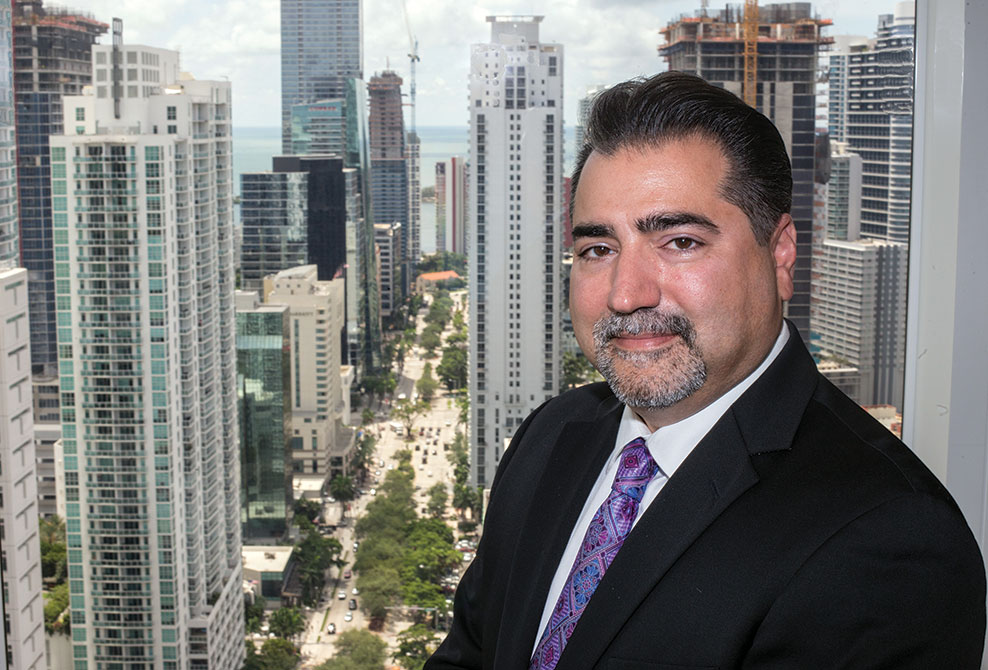 For as long as he can remember, Robert Lewis wanted to be a police officer and somehow knew it would be part of his career path. He said he found honor and merit in performing such a job so, when the opportunity arose, he jumped at the chance and ended up as a special agent with the Florida Division of Alcoholic Beverages and Tobacco.

It was during that process that Mr. Lewis gained intimate knowledge of the Florida regulatory laws and alcohol laws in general. He was able to use that foundation to later build his legal career.

Today, Mr. Lewis is an attorney with Greenspoon Marder. He’s managing shareholder of the Miami office, responsible for the day-to-day administrative aspects that he helps to carry out as well as fosters cross-selling opportunities for the partners.

Additionally, Mr. Lewis co-chairs Greenspoon Marder’s Alcohol Beverage Industry Group. The tasks that entails vary daily and are very diverse, he said. One thing he loves about the job is that it’s never routine. One day, Mr. Lewis said, it can mean dealing with a very complex local land use issue and the next day, switching hats and focusing on regulatory compliance or transactional issues involving a merger or distribution negotiations and accompanying nuances.