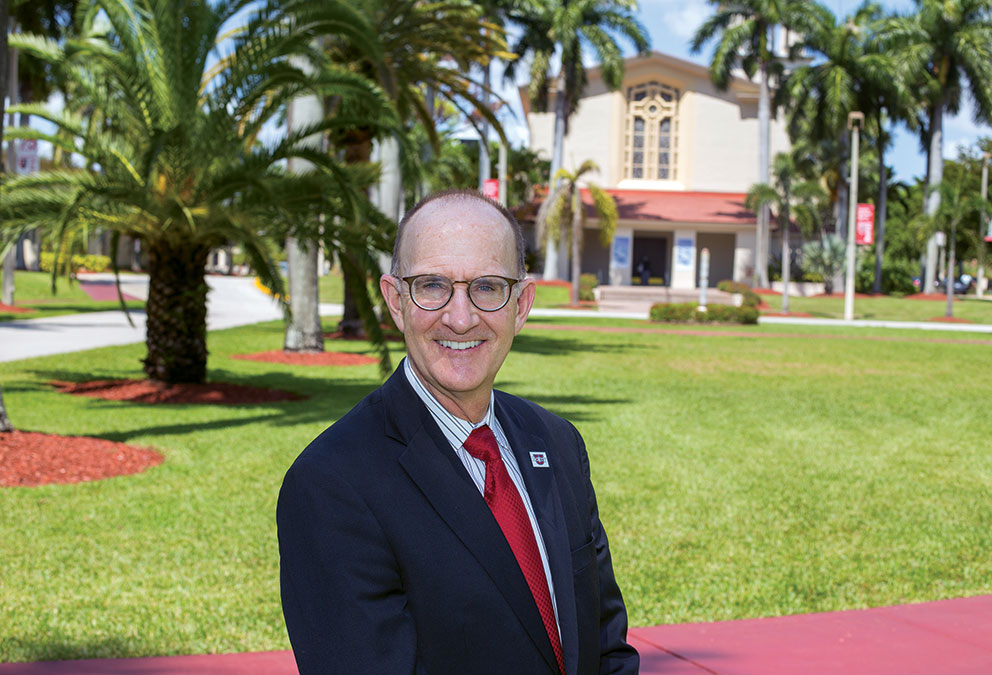 John Murray has only been provost at Barry University for two months but from the moment he arrived was fully immersed in the school’s commitment to social justice and service to others. His entire career he’s wanted a position like this to give students a transformative experience, help them change holistically and infuse in them through their intellectual development the values of service to others and commitment to God.

Dr. Murray said he wants to live the mission and values of the Adrian Dominican Sisters upon which Barry was founded in 1940, where all are welcome, even non-believers.

Trained as a cognitive psychologist, Dr. Murray has been working in academia as a teacher and administrator since completing his post-doctoral work. His vision is to keep Barry’s core commitments and move the institution forward to deliver a 21st century education.

What that entails, Dr. Murray said, is delivering academic programs in a traditional face-to-face format for residential students; extending the learning for students who don’t live on campus; beefing up and enhancing Barry’s distance operation and continuing education operation throughout Florida; and using the niche programs.

Dr. Murray said he’s heard over and over that Barry is the best-kept secret in this area. He loves the word “best” but not “secret” and said he wants to change that piece.