Advertisement
The Newspaper for the Future of Miami
Connect with us:
Front Page » Real Estate » Parking-less Moishe Mana tower near rail hub hailed 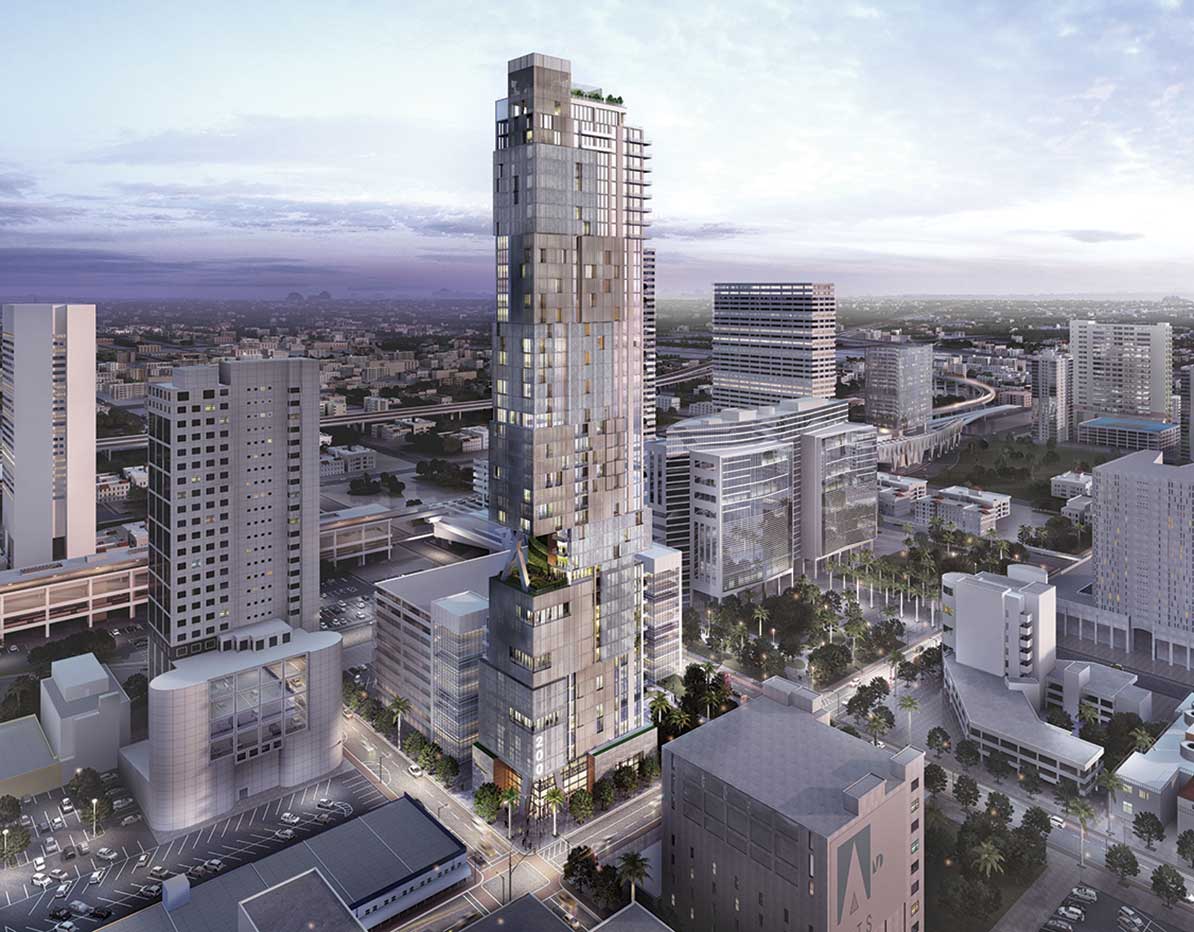 Developer Moishe Mana is planning to build a tall and slender residential tower in the heart of Miami’s urban core with not a single new parking space.

But the project is to rise one block from the city’s new transportation hub known as MiamiCentral.

The city’s new expanded train station now under construction will be home to Brightline, a high speed passenger rail service to Orlando, the Metrorail and Metromover, a Tri-Rail link, and connections to other modes of transportation including Metrobus, ride-sharing services, taxis and bicycles.

The point: It should be easy to live in Mana’s new tower and not own a car.

The city’s Urban Development Review Board recommended approval of the project, which remains nameless at this stage but is planned for 200 N Miami Ave.

Board member Gerald C. Marston likes the project so much he made the motion to recommend approval “enthusiastically.”

The tower is to rise 49 stories and include about 328 residential units aiming to attract a millennial crowd. Some of the lower apartments are expected to be small or micro units.

The site, 14,325 square feet at the northwest corner of Northwest Second Avenue and North Miami Avenue, is today home to a handful of small businesses in older two- to three-story buildings.

The tower was designed by Zyscovich Architects, and the firm’s Suria Yaffar offered details to the review board about the project.

While the tower has no parking, it will rise in an urban environment close to public transit, she said.

MiamiCentral helps create “alternative choices of living” for those people wanting to reside downtown, she said.

The tower’s micro units will be studio-sized, and the market rate apartments will be one- and two-bedroom units, Ms. Yaffar said.

The development is to include two floors of amenities and a top pool deck.

“It will be an exciting place to be at,” she said.

The amenity options and common area spaces between floors will help keep the building lively, she said.

The tower is to have a large lobby but no retail uses.

Ms. Yaffar explained a unique design element on the outside of the planned tower. Mesh screens that can be moved, she said, will keep the façade on the upper levels fluid.

She said tenants will be able to see through the material but it can shade the apartments.

“The skin of the building is conceived as a movable sculpture; the screens will animate the building as they are opened or closed. The operable screens provide shade and reduce heat gain,” Ms. Yaffar said.

Mr. Marston commented that he considers “architecture that changes” is a good thing.

Board member Robin Bosco also liked the proposal, and congratulated the developer on an excellent project.

Mr. Marston also offered congratulations, saying the proposed tower was refreshing and “not a glass box with balconies on it.”

Mr. Marston concluded by saying the tower will be “a very, very creative addition to the city.”

While board member Dean Lewis expressed reservations about the sliding façade and how weather might affect the material, he said introduction of micro units in the area is important.

The fact that developers don’t have to building parking can “bring down rents,” said Mr. Lewis, and this is an appropriate place for such a project.

Mr. Lederman followed up on that point, noting that along with being near public transit the project is about 150 feet from a public parking garage.

“This project is the future of Miami,” he said.