Advertisement
The Newspaper for the Future of Miami
Connect with us:
Front Page » Communities » Ex-Wynwood owners brand Allapattah today’s bargain 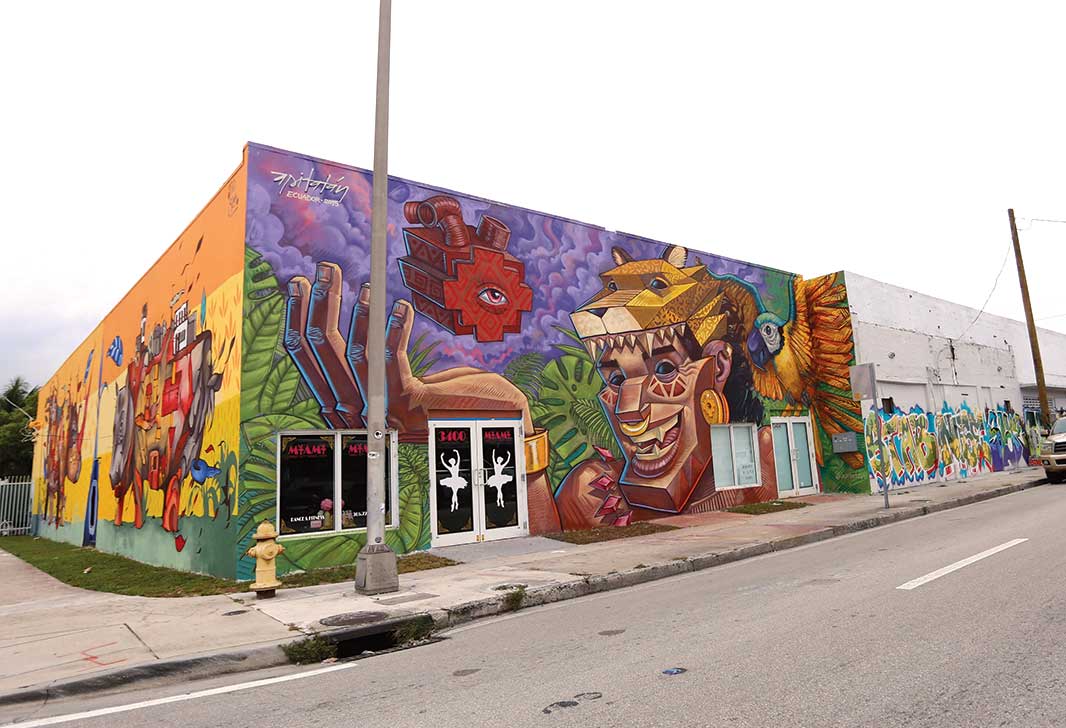 Roland DiGasbarro was actively looking to invest in Allapattah two years before purchasing his first building there in early 2014 because it’s an important and appealing urban location like Wynwood, he said, but at a fraction of the price.

The owner of Windsor Investments, a family-owned South Florida real estate investment company, Mr. DiGasbarro said he has been very involved over the past decade in the region’s urban locations, including downtown Miami, Coral Gables and Wynwood. At the beginning of the year, however, Mr. DiGasbarro sold his last property in Wynwood, where he owned a number of buildings.

Two years after venturing into Allapattah and buying that first building for $70 a square foot, he now owns almost a dozen properties in the area, which is northwest of downtown and a few miles east of Miami International Airport. Mr. DiGasbarro said he purchased for investment reasons and believes the neighborhood has distinctive qualities.

Geographically, Allapattah makes sense and costs are substantially lower than everything surrounding it, he said. Moreover, Mr. DiGasbarro firmly believes in the area’s appeal.

As Windsor Investments acquires assets, he said, the company continues to improve and renovate them. “We’ve been able to attract a varied tenant base into the area, including artists, restaurants and manufacturers.”

The beauty about this steadily increasing interest in Allapattah, Mr. DiGasbarro said, is that “like us, other local real estate families are aggressively buying for the very long term and who have the intention of improving the area.”

William Betts, an artist who owned buildings in Wynwood, began buying property in Allapattah in 2011 to add to his portfolio. Eventually, he sold his Wynwood buildings.

“The market had peaked and it was hard for it to go up,” Mr. Betts said. He said the buildings he saw in Allapattah were high quality – spacious, in good shape and inexpensive.

He owns an entire block near Seventh Avenue, keeping a portion for garden space and renting the rest to automotive tenants; a few warehouses on 10th Avenue that he uses for his own storage and others that he rents to artists; and a number of buildings as investments.

“There’s a working class vibe to Allapattah and I’ve always been attracted to that,” Mr. Betts said. “There’s also a large residential component, which makes it a real community.”

Wynwood is where people come to party, he said, but Allapattah is where Miami works.

“It won’t become a restaurant and club scene but will stay true to its legacy,” Mr. Betts predicts. “More and more artists will be attracted to Allapattah because its spaces are large and it’s affordable by today’s standards.”

Creative types will fit in well with the traditional atmosphere of Allapattah, Mr. Betts said. “It’s the only area in Miami where it feels like people are working and doing things.”

Francisco De La Torre IV, director and curator of Butter Gallery, has also relocated from Wynwood to Allapattah, where he said many important real estate developers have already acquired properties and it is just a matter of time before the area is completely transformed.

“The buildings in the area are amazing and, in my opinion, some should be preserved,” he said. “They tell the story of Miami and the glory of State Road 441.”

Mr. De La Torre said his interest in Allapattah started with the “over-commercialization” of Wynwood and it seemed to him the logical direction to move slightly west and stay close to the previous location in which his gallery operated for years prior.

Mr. De La Torre bought a building four years ago – his only property in Allapattah – where he runs Butter Gallery and shares the rest of the space with a group of friends including Wynwood Radio, Product 81, Panther Coffee and the Sushi Samba Group.

It was 2008 when commercial broker Carlos Fausto Miranda closed his first deal in Allapattah. At that time, he said, most buyers were very utilitarian, strictly owner-users.

Historically, the area housed produce and food suppliers, concentrated in the produce district by 12th Avenue and 22nd Street as well as a broad range of industrial, distribution and light manufacturing businesses.

Allapattah, which was nicknamed Little Santo Domingo by Miami City Commissioner Wifredo “Willy” Gort in tribute to its large population of Dominican heritage, remarkably up until only a few years ago was entirely undiscovered by the wider market, Mr. Miranda said.

“You could still easily acquire industrial properties and make them cashflow well in the short term, while prepping for a larger transformation in the future,” Mr. Miranda said. However, four years ago “we started seeing an increased flow of interest from operators who had been priced out of Wynwood.”

Three years ago, Mr. Miranda said, trends changed significantly. “We started seeing several new groups of investors show up who were quite different from prior waves, in that they were investors and not owner-users, and the type of investors who buy in transitioning neighborhoods with a distinct strategy for their future,” he said. “Through creative re-adaptations of buildings, greater emphasis on curating the tenant mix of a neighborhood and amplified long-term vision, these investors catalyze dramatic re-positionings of neighborhoods.”

Mr. Miranda, broker and president of Fausto Commercial Realty Consultants, who has completed the majority of commercial brokering in Allapattah, said these investors’ work isn’t necessarily quick, as sometimes it takes over a decade to realize, but it is inevitable.

The story hasn’t finished yet, he said. “These earlier pioneers have a gravity; they pull more interest from further abroad,” Mr. Miranda said. “They embolden others to dive in who had just been dipping their toes in the pool. We’re already getting interest from a new wave of investors – some more conventional, some larger, some more institutional, but all noteworthy and transformative.”

What also makes this all rather remarkable, Mr. Miranda said, is that most of the work is still under wraps. “There are major projects in the neighborhood now under contract of a far larger scale, as well as smaller scale stuff which has yet to break ground. Once these break ground, or are announced, we can expect another substantial jump in demand.”