Advertisement
The Newspaper for the Future of Miami
Connect with us:
Front Page » Transportation » Plans for Tri-Rail’s downtown link on track 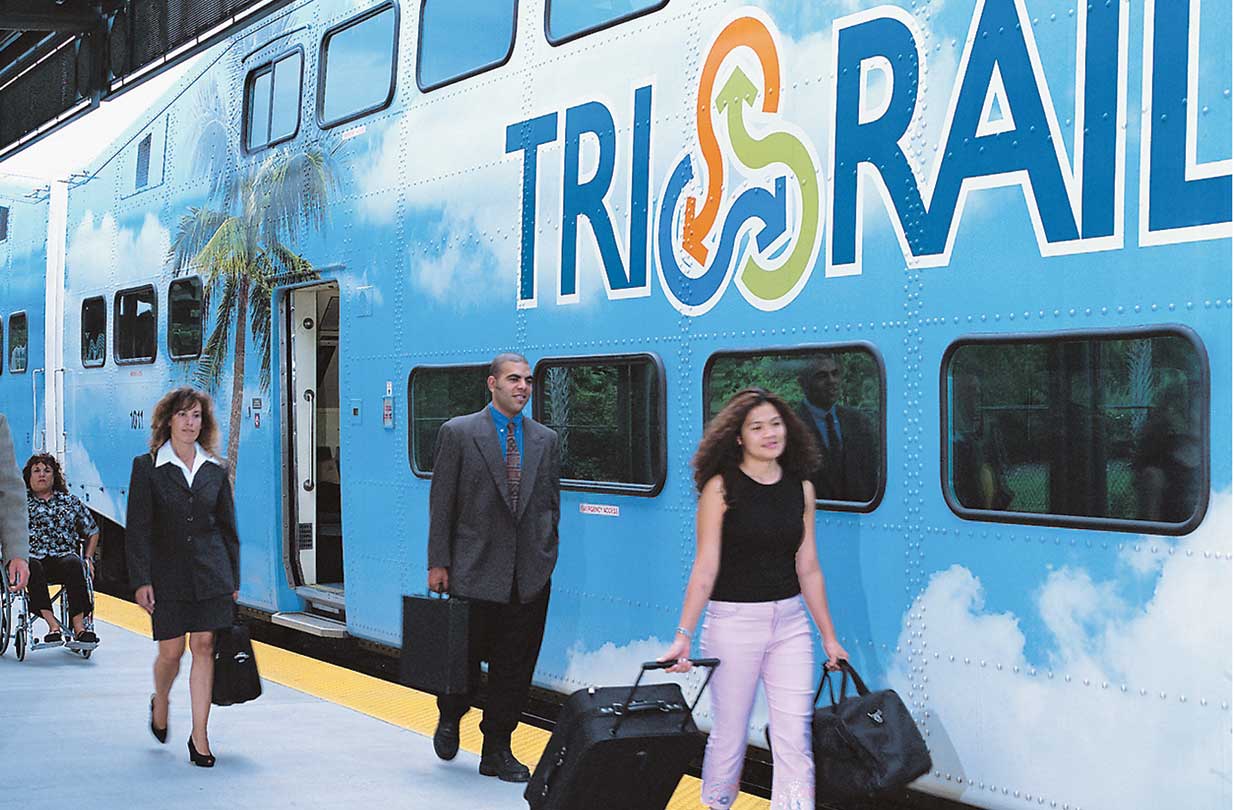 With most of the partner agreements in place, final details are being smoothed out for Tri-Rail commuter service to steam into downtown Miami before the end of next year.

“We are looking at insurance issues we’ll have to deal with in the future, and we got All Aboard Florida to give us a tour of its Miami station,” said Jack Stephens, executive director of the South Florida Regional Transportation Authority, Tri-Rail’s parent.

“It’s amazing. By this time next year they expect to be in service [to Fort Lauderdale and West Palm Beach] and told us we would not be far behind in completion of our part of the station,” he said.

That means Tri-Rail trains could be in service as early as the fall of 2017 “which is what I’m hoping for, assuming no glitches,” Mr. Stephens said.

The insurance underwriters were impressed by progress on the station, he added. “For two years, we have been saying, ‘This is coming.’ Now we can say, ‘This is what it looks like,’ and see if we can get good prices on the insurance we will need.”

The authority must obtain insurance for the 8.5-mile segment of track that it will share with All Aboard Florida and Florida East Coast Railway, which will continue to ship freight on those tracks, he explained.

Authority staff is focusing on “critical path items” that need to be resolved, one of which is the agreement with the Southeast Overtown/Park West Community Redevelopment Agency. There are no real conflicts, Mr. Stephens said, “but it is the most complex of the agreements, and the CRA is working it out with the city.”

All of the money to support the project has been pledged “but money won’t begin to move until we get a bill from All Aboard Florida” for what it has spent so far on the station, Mr. Stephens said. That bill will be split on a percentage basis among the partners, a process that could begin as early as next month, he said.

The project hit a bump when the Florida Department of Transportation pulled out over insurance concerns, but it still is supported by Miami’s Downtown Development Authority, Miami-Dade County, the Citizens Independent Transportation Trust, the City of Miami, the Bayfront Park Management Trust and both the Omni and Southeast Overtown/Park West community redevelopment agencies.

After the state transportation department bowed out, the South Florida Regional Transportation Authority agreed to accept more of the financial burden, but none of the other parties were asked to contribute more money than was previously agreed.

On May 2, Alice Bravo, director of Miami-Dade’s Transportation and Public Works Department, advised all of the parties that agreements had to be finalized quickly or All Aboard Florida might withdraw its offer to have commuter service operate out of MiamiCentral, the downtown station to be shared by All Aboard Florida and Tri-Rail.

“Without a definitive plan of action and inter-agency coordination to pursue new agreements, we could forfeit this unique opportunity to bring commuter rail to the central business district,” Ms. Bravo’s letter had warned. Fortunately, the crisis was averted and work never stopped on MiamiCentral.